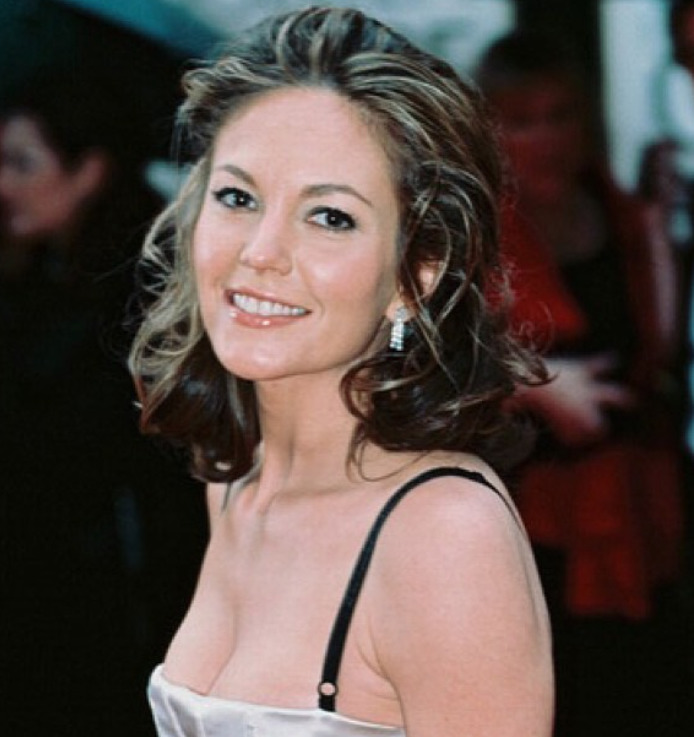 Diane Lane is an American actress and producer who is known for her versatility and unconventional style of acting. Lane is also known for her roles in the films “The Outsiders”, “Under the Tuscan Sun”, “The Perfect Storm” and “Man of Steel”. Since her screen debut in the film, “A Little Romance”(1979), Lane has starred in several films throughout her 30 years long career has earned several awards including “National Society of Film Critics”, the ‘New York Film Critics Circle” awards, “Career Achievement Award”.

What is Diane Lane Famous for?

Where was Diane Lane Born?

Diane Lane was born on January 22, 1965, in New York City, United States. Her birth name is Diane Colleen Lane. Her nationality is American. Lane belongs to White ethnicity and is of English, German, Scot-Irish ancestry while Aquarius is her zodiac sign.

Diane Lane was born in a family with a background of show business as the only daughter of her parents, Colleen Leigh Farrington(mother) and Burton Eugene Lane(father). Her mother, Collen, who was also known as “Colleen Price” was a nightclub singer and Playboy centerfold, while her father, Burton was a Manhattan drama coach who also ran an acting workshop with John Cassavetes.

Her parents, however, got separated after Lane turned 13, and she was in the custody of her mother until the age of six. Later, her father received custody of her after her mother moved to her native state, Georgia. Lane grew up living with her father in a number of residential hotels in New York City. By the time of her parents’ separation, she was already an actor at the La MaMa Experimental Theater Club at an early age of 6.

When Lane was 12 years old, she got enrolled at Hunter College High School, around the same time, she was offered a role alongside Meryl Streep in the play “The Cherry Orchard”. When Lane was 15, she declared her independence from her father and flew to Los Angeles for a week with actor and friend Christopher Atkins. However, after some time, she returned back to New York and began living with her friend’s family paying them rent.

In 1981, she enrolled in high school after taking correspondence courses, shortly after she was kidnapped by her mother who then took her to Georgia, however, her father challenged her mother in court, and weeks later, she was back in New York.

What Does Diane Lane Do For Living?

Who is Diane Lane Married to?

Diane Lane has been married twice. Lane first got married to French actor Christopher Lambert, whom she first met in Paris while promoting her film, “The Cotton Club” in 1984. The couple had a brief affair and they split up soon, however, they again met again two years later in Rome to make a film together, entitled “Priceless Beauty”.

Shortly after they began dating, and eventually got married in October 1988 in Santa Fe, New Mexico. The couple welcomed their only daughter named Eleanor Jasmine Lambert on September 5, 1993, they, however, got divorced in March 1994 after 6 years of marriage.

Lane then dated American actor Josh Brolin and got engaged in July 2003, following they got married on August 15, 2004. Their relation didn’t go well as on December 20, 2004, Lane called the police and got Brolin arrested on a misdemeanor charge of domestic battery. Lane declined to press charges, however, and the couple’s spokesperson described the incident as a “misunderstanding”.

Besides, Lane is involved in several charities, including Heifer International and Artists for Peace and Justice. In 2017, Lane received the Career Achievement Award during the Sarasota Film Festival.

What is the Net Worth of Diane Lane?

Diane Lane has quite great earnings from her professional career as an actress. Working in this field for over 40 years, Lane has managed to amass a healthy fortune from her several appearances in films. Her net worth is currently estimated to be around $35 million. With her wealthy million worth fortune, Lane has managed to live a lavish and luxurious lifestyle.

How Tall is Diane Lane?

Diane Lane is a gorgeous lady, who even looks more stunning in her 50s. With her charismatic body physique and bright smile, Lane has managed to win several hearts all around the world. She stands tall with a height of 5ft. 7inch.(1.70m) while her body weighs around 55kg(121 lbs).

Lane has a maintained slim body physique of measurement 36-28-36 inches with 34 B as her bra size, 28 inches as her waist size, 36 inches as her hip size, 6(US) as her dress size and 9(US) as her shoe size. Lane has a fair complexion with brown hair and brown eyes.

Our contents are created by fans, if you have any problems of Diane Lane Net Worth, Salary, Relationship Status, Married Date, Age, Height, Ethnicity, Nationality, Weight, mail us at [email protected]