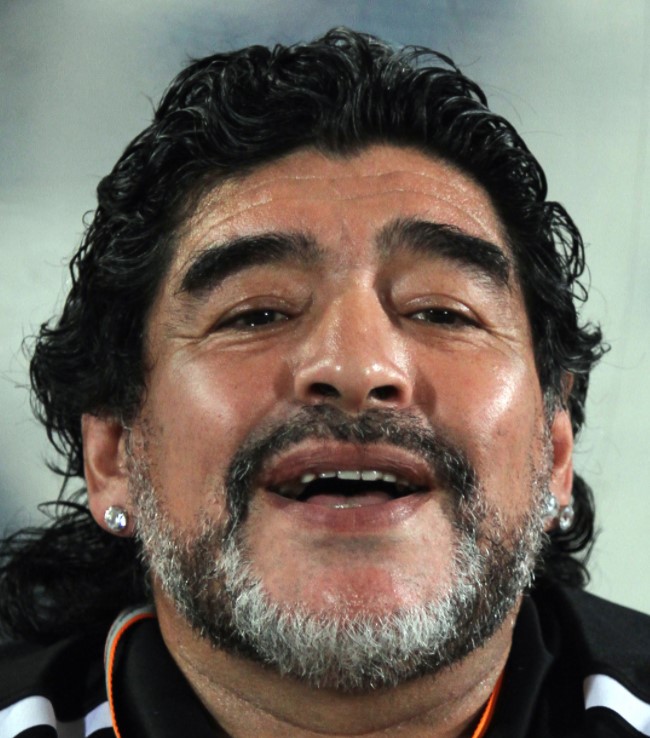 Diego Maradona is a legend in the history of football. He is considered one of the greatest footballers alongside Brazilian legend, Pele. Nicknamed “El Pibe de Oro (The Golden Kid”), he led Argentina to World Cup glory in the 1986 World Cup. Football fans will never forget his legendary goals against England in the 1986 World Cup quarterfinals, one of which goals is dubbed as the “Hand of God”. At the club level, he started his football career at Argentinos Juniors and is well known for his time at Barcelona and Napoli, where he won numerous accolades. He also played for Boca Juniors, Sevilla, and Newell’s Old Boys.

What did Diego Maradona achieve fame for?

He is regarded as one of the greatest footballers of all time.

Won a number of club and individual awards.

Diego Maradona was born in Argentina.

Diego Maradona began his football career at a young age. At the age of eight, he was discovered by a talent scout while playing in his neighborhood club, Estrella Roja. He soon became a favorite of the Argentinos Juniors junior team in Buenos Aires. He was inspired by Brazilian Rivelino and Irish George Best as a boy.

On October 20, 1976, Maradona made his professional debut for Argentinos Juniors, making him the youngest player in the history of the Argentine Primera Division. On November 14, 1976, he made his Primera Division debut against Marplatense.

After receiving tempting offers from a number of top South American clubs, he decided to join Boca Juniors. On February 20, 1981, he signed a $4 million contract with the club. He only stayed at the club for one season, scoring 28 goals in 40 appearances to help the club win the league championship.

After the 1982 World Cup, he joined Barcelona for a then-world-record fee of $7.6 million. In 58 appearances across all competitions during his two seasons with Barcelona, he scored 38 goals. In 1983, he helped the club win the Copa del Rey, the Copa de la Liga, and the Supercopa de Espana.

However, Maradona’s time at Barcelona came to an end when he was involved in a violent altercation with opposing players during the club’s Copa del Rey final match against Athletic Bilbao in 1984. Maradona was enraged by a rough tackle on him by an opponent player, which sparked the brawl. The altercation involved all of the players. Opponent players were headbutted, elbowed, punched, kneed, and kicked by Maradona. Over 60 people were injured when fans in the crowd hurled items onto the field. The incident resulted in Maradona’s departure from the club.

When Maradona joined the Italian team Napoli in 1984, he had more success at the club level. He had paid a then-world-record fee of $10.48 million to join the club. He won two Serie A cups, one Coppa Italia, one UEFA Cup, and one Supercoppa Italiana during his seven years with the club. In 259 appearances for Napoli in all competitions, he scored 115 goals.

His time in Napoli, however, was not without controversy. At the moment, his personal issues were getting worse.

He continued to misuse substances, which caused him to miss games and training. He also had to deal with the embarrassment of having an illegitimate son. He was said to be acquainted with the Camorra as well. He received a 15-month suspension after failing a cocaine drug test, and he left Napoli in disgrace in 1992.

In 1992, Maradona returned to La Liga and joined Sevilla. He scored 8 goals in all competitions for the club.
During his short stint at Newell’s Old Boys, he did not score any goals.

In 1995, he returned to his former club, Boca Juniors. Following his return to the club, he scored seven goals.

In 588 appearances across all competitions, he scored 312 goals for his side.

In Argentine football history, Maradona was a pivotal figure. In 1979, he assisted Argentina in winning the FIFA World Youth Championship. On June 2, 1979, he scored his senior international goal against Scotland. Later in his career, he represented Argentina in the 1979 Copa America, 1982 World Cup, 1986 World Cup, 1990 World Cup, and 1994 World Cup. In 1986, he led Argentina to World Cup victory.

His first goal against England in the 1986 World Cup quarterfinal match became one of the most famous goals in football history, as he scored with his side. The “Hand of God” was the name given to this target. He scored his second goal of the game when dribbling past five English players from inside his own half. In a FIFA online poll conducted in 2002, the goal was voted “Goal of the Century.” He was instrumental in Argentina’s Artemio Franchi Trophy victory in 1993.

During the 1994 World Cup, he failed a drug test for ephedrine doping and was sent home. After the drug test, his international career came to an end.

Maradona’s managerial career started in 1994. He managed Corrientes in 1994 and Racing Club in 1995. He was named the head coach of the Argentina national team in October 2008. His managerial career with the national team was not fruitful. He had won his first matches as a manager but suffered the worst loss in Argentine history with a 6-1 defeat to Bolivia. He was given a 2-month ban by FIFA after using abusive language at the live post-game press conference during the 2010 World Cup. Argentina later decided not to renew his contract.

He became manager of Dubai club, Al Wash FC in May 2011. He was sacked in July 2012. He then became the assistant coach of the Argentine club Deportivo Riestra in August 2013. He stepped down from his role in 2017 to become the head coach of the UAE second division club, Fujairah. He failed to lead the club to secure a promotion and left the club at the end of the season. He became head coach of the Mexican second division club, Dorados in September 2018. He stepped down from his role after the club failed to secure promotion to the top flight. He became the manager of the Gimnasia de La Plata in September 2019. He had a contract with the club through the 2020-21 season.

Diego Maradona married Claudia Villafane on 7 November 1984. The couple shared two daughters, Dalma Nerea and Gianinna Dinorah. The couple divorced in 2004. He admitted that he is the father of Diego Sinagra during his divorce proceedings. He had refused to undergo DNA tests in 1993. He met his son, Diego for the first time in 2003. He also has two more children, Diego Fernando and Jana from his other relationships. He was engaged to Rocio Oliva from 2014 to 2018.

How did Maradona die?

The legendary footballer Diego Maradona left the world on 25 November 2020. He died of a heart attack at his home in Tigre, Buenos Aires, Argentina. He died at the age of 60. He was admitted to a hospital for psychological reasons on 2 November 2020. He had undergone emergency brain surgery to treat a subdural hematoma. He was released after successful surgery. He was previously claimed to be dead three times within a month in April 2007.

How much is Maradona worth?

Diego Maradona was one of the highest-earning footballers of his time. He set a transfer-record when he joined Barcelona for $7.6 million. He set another transfer record when he joined Napoli for $10.48 million. He had endorsement deals with several companies including Puma and Coca-Cola. He earned an additional $1.5 million from his endorsements. He has appeared in several commercials and video games.

Following his retirement from professional football, he started a managerial career, that added some to his fortune. However, in March 2009, Italian officials announced that Maradona still owed the Italian government €37 million in local taxes, €23.5 million of which was accrued interest on his original debt.  in 2009, Italian police seized a pair of earrings worth £3,600 from Maradona in a bid to recover unpaid taxes from his time at Napoli. Three years prior to this, the police took two Rolex watches worth 10,000 euros. However, his net worth at the time of his death was reported at only $100,000.

Diego Maradona stood at a height of 1.65 m i.e. 5 feet and 5 inches tall. He had an average body build. He had a tendency to put on weight and suffered increasingly from obesity. He weighed 280 lbs at one point. He underwent gastric bypass surgery in March 2005. His eye color was dark brown and his hair color was black. His sexual orientation was straight.

Our contents are created by fans, if you have any problems of Diego Maradona Net Worth, Salary, Relationship Status, Married Date, Age, Height, Ethnicity, Nationality, Weight, mail us at [email protected] 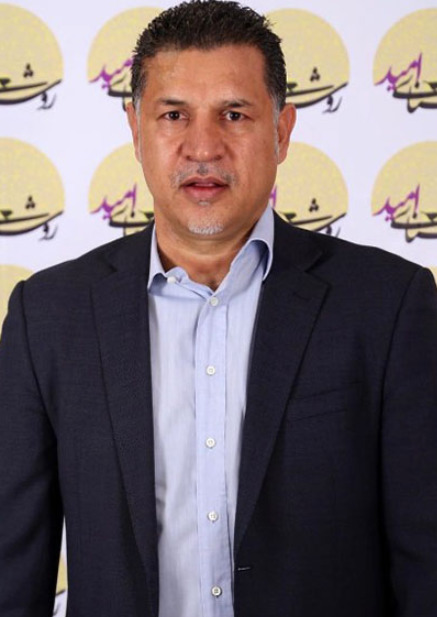 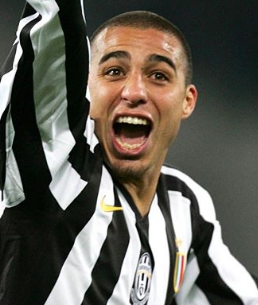 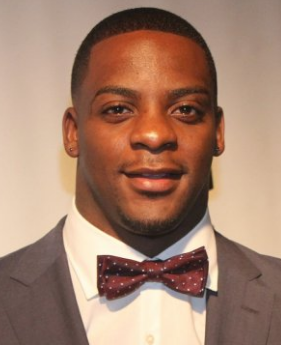 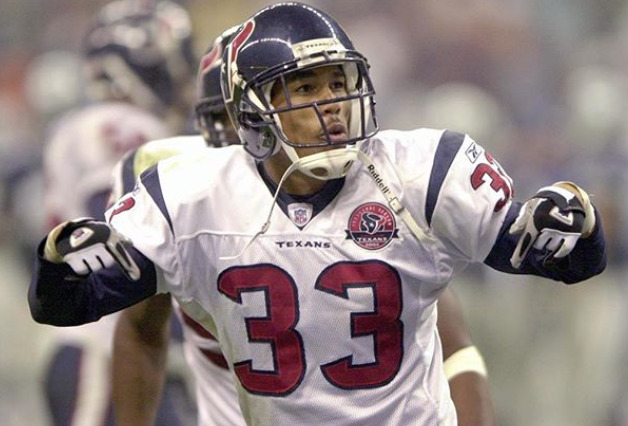