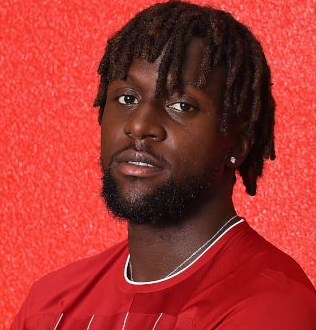 He made his international debut for Belgium in 2014, and was a member of the team that advanced to the 2014 FIFA World Cup quarter-finals, where he became the youngest Belgian World Cup goalscorer. In general, Divock Origi is a gifted and professional player.

The contribution of Divock Origi to Liverpool’s Champions League victory in 2019 will be remembered for a long time on Merseyside. Origi won’t be able to conjure up the same kind of magic that brought Liverpool through some tough times last season.

Liverpool has been so dominant over the last two seasons that pointing out flaws in their lineup can seem excessive. However, Klopp and the club’s decision-makers must continue to strive for improvement, and no position in the team requires more attention than Origi’s. There can’t be enough sentimentality to keep him at Anfield.

What is Divock Origi’s birthplace?

Divock Origi was as born Divock Okoth Origi on April 19, 1995. His hometown is Ostend, Belgium. His race is black and his nationality is Belgian.Mike Origi and Linda Adhiambo were his parents when he was born.

His father was a professional footballer in Kenya. Natasha Origi, his sister, is his other sibling. His horoscope sign is Aries, and his faith is Christian. In the year 2019, he turned 24 years old.

How did Divock Origi’s career go?

Divock Origi started his football career in the youth academy of Genk.

He spent 9 years there before signing with Lille in May 2005, when he was just 15 years old.

Liverpool revealed on July 29, 2014, that they had completed a £10 million transfer for Origi, who had signed a five-year contract but had been loaned back to Lille for the 2014-2015 season.

On July 11, 2015, he was named to Liverpool’s 30-man squad for their pre-season tour of Thailand, Australia, and Malaysia.

On September 12th, 2015, he made his competitive debut for the club against Manchester United.

On December 2, 2015, he scored his first Liverpool goal, a hat-trick in a 6-1 away win over Southampton.

He scored his first Premier League goal on December 13, 2015.

In 2017, he was loaned to Bundesliga club VfL Wolfsburg before returning to his parent club in 2018.

On December 2, 2018, he scored his first goal of the season in a derby match against city rivals Everton, which Liverpool won 1-0.

He scored for the first time in the Champions League when he netted a brace in the second leg of the semi-final against Barcelona on May 7, 2019, crucially scoring the game-winning goal to complete Liverpool’s recovery from a three-goal deficit in the first leg.

On the 10th of July 2019, he signed a new long-term deal with Liverpool, and he scored twice against Arsenal in the EFL Cup, which Liverpool won on penalties after a 5-5 draw in normal time.

He then scored two goals in a 5-2 victory over Everton in the Merseyside derby on December 4th, extending Liverpool’s unbeaten league streak to 32 games, a new club record.

He has represented Belgium at the under-15, under-16, under-17, under-19, and under-21 levels throughout his international career.

On the 17th of June 2014, he made his senior international debut as a substitute for Romelu Lukaku against Algeria.

On June 24, 2014, he scored his first professional international goal against Russia, advancing the Red Devils to the knockout stage.

He has 22 caps for his country, scoring three goals.

On the 10th of October 2014, he scored once in Belgium’s successful UEFA Euro 2016 qualifying campaign, in a 6-0 home victory over Andorra.

He was also named to the squad for the final competition, but he was unable to play in the 2018 FIFA World Cup.

Is Divock Origi married or unmarried?

Divock Origi has not yet married and plans to do so in the near future. He is currently single, and there are no reports that he is dating anyone. He is now concentrating on his work rather than wasting time with girlfriends or relationships. He is happy with his current life and is not bothered by anything. He is not gay and has a straight sexual orientation.

What is Divock Origi’s net worth?

Divock Origi is a highly prosperous footballer, with a net worth of ten million euros as of 2020. His estimated market value is €30 million. His net worth is $4 million as of 2019. His current club pays him €83,000 a week, which equates to €4,316,000 per year. His weekly pay in 2017 was estimated to be around £35,000. His football career provides him with a source of revenue. He is also synonymous with endorsing labels.

What is Divock Origi’s height?

Divock Origi is one of the most charismatic players in the game. He stands at a towering 1.85 m (6 ft 1 in) tall. His ideal weight is 75 kilograms. His physique is athletic. His other body parts have not yet been revealed, but they will be soon. He has a balanced body in general.

Our contents are created by fans, if you have any problems of Divock Origi Net Worth, Salary, Relationship Status, Married Date, Age, Height, Ethnicity, Nationality, Weight, mail us at [email protected]