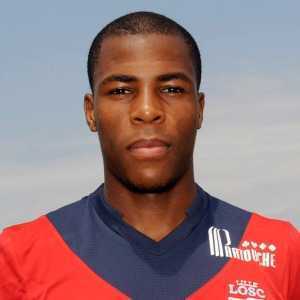 Djibril Sidibe is a French professional football player. He plays in the full-back position as a right-back. He started his senior football career from the French club, Troyes, and currently plays for Monaco. He has represented France senior team since 2016. He was one of the 23 players in the French squad that won the 2018 FIFA World Cup in Russia. He has over 542k followers on his Instagram.

Djibril Sidibe has claimed that Spanish club, Atletico Madrid held talks with him over a transfer last year. The 26-year old right-back was one of the key players of the Monaco team that won 2016-17 Ligue 1 and finished runner-up the following season 2017-18. Some of the key players from the club that won Ligue 1 such as Kylian Mbappe, Bernardo Silva, Benjamin Mendy, Fabinho, and Tiemoue Bakayoko already left the club to join bigger teams.

Djibril has hinted to join the Spanish team if they come to an agreement.

Djibril Sidibe was born on 29 July 1992. His birthplace is in Troyes in France. He holds French nationality. He belongs to the African ethnicity. His zodiac sign is Leo. Information about his parents is currently unavailable.

Djibril began his career with his hometown club, Troyes, in 2000. He joined the youth system of the club at the age of eight.

He made his club debut in the Championnat National.

He made his professional debut in September 2010 against Grenoble.

He was a key player to help his club to promotion to Ligue 1.

He made his Lille debut in August 2012 against OGC Nice. It was his first appearance in Ligue 1.

In his debut match, he scored a goal in a 2-2 draw against OGC Nice.

Djibril scored a goal in the first half and was sent off in the second half for a second booking against BATE Borisov in the 2012-13 UEFA Champions League group stage match.

He scored Lille’s equalizing goal against PSG in the 2016 Coupe de la Ligue Final, in which PSG won 2-1.

AS Monaco signed Djibril on a five-year deal in July 2016.

He scored Monaco’s first goal and provided an assist for the second goal in a 2-1 home win over English club, Tottenham Hotspur in the 2016-17 UEFA Champions League group stage match.

He was stand by for France’s UEFA Euro 2016 squad.

He made his senior team debut for France national team in September 2016 against Belarus.

He scored his first goal for France in their 3-2 friendly victory over England in June 2017.

He was one of the 23 players in the French squad that won the 2018 FIFA World Cup in Russia.

Chevalier of the Légion d’honneur: 2018

Who is Djibril Sidibe Dating?

The French right-back is reportedly single. He might be in a relationship with someone. He has maintained a low profile regarding his personal life. No rumors about his affairs have surfaced yet.

What are Djibril Sidibe’s Body Measurements?

What is Djibril Sidibe’s Net Worth?

Playing football is his main source of income. He earns from salary, bonuses, incentives, endorsements, and contract extension deals. As of 2019, his net worth is currently unavailable.

Our contents are created by fans, if you have any problems of Djibril Sidibe Net Worth, Salary, Relationship Status, Married Date, Age, Height, Ethnicity, Nationality, Weight, mail us at [email protected]