Dolly Parton is one of the versatile artists. 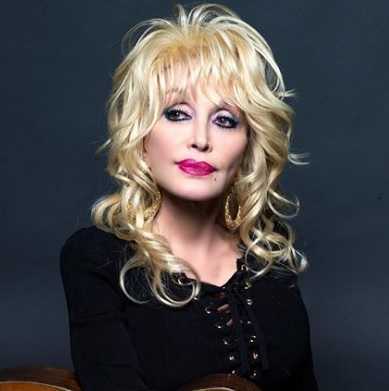 Dolly Rebecca Parton, popularly known as Dolly Parton is one of the versatile artists. She is an American singer, songwriter, record producer, multi-instrumentalist, actress, author, and businesswoman. She is also a great philanthropist. She is considered one of the greatest and successful personalities, who have contributed most of her life towards the music and entertainment industry.  She has contributed on over 3000 songs during the course of her career. Some of her greatest hit songs are “Joshua”, “Jolene”, “Here You Come Again”, “I Will Always Love You”, “Love is Like a Butterfly”, “Baby I’m Burning”. She is given several nicknames such as The Smoky Mountain Songbird, The Iron Butterfly, The Queen of the Country, The Book Lady, The Backwoods Barbie, The Leading Lady of Country, Aunt Granny, and The Queen of Nashville.

She is the recipient of several prestigious awards including  9 Grammy Awards, 10 Country Music Association Awards, 3 American Music Awards, and 7 Academy of Country Music Awards. She was given a Lifetime Achievement Award in 2011. She is one of the six female artists to receive Entertainer of the Year (1978), the highest honor by Country Music. She was also inducted to several Halls of Fame. Another greatest achievement of Dolly Parton, she was honored with the National Medal of Arts for her contribution in the field of arts by the US government in 2005. Guinness Book of World Records recognized her as “Most Decades with a Top 20 hit on Billboard’s Hot Country Songs Chart”, and “Most Hits on Billboard’s Hot Country Songs Chart by a Female Artist” in 2018.

Dolly Parton’s comments about her husband’s view on Jennifer became the gossip, which Jennifer could not stop herself from responding.

Jennifer in an interview with USA Today reacted humorously that Dolly has a good sense of humor and admired the country music singer’s comic personality.

Jennifer told USA Today, “My mouth just dropped, and then I laughed my (Butt) off. That’s Dolly.” She further added, ” It was hilarious, I think It’s flattering, And that’s Dolly’s sense of humor. No one in the world can get away with saying anything like that about their partner on live television, except Dolly. I mean, that is a quote.”

Aniston concluded that Dolly’s comment was just to entertain those on the talk show.

The two are working together on the Netflix original, “Dumplin”, in which, Dolly has written original music for the film, whereas Jennifer Aniston plays the lead role. The movie is about the plus-size teenage daughter of a former beauty queen decides to participate in the beauty pageant her mother’s organizing. The storyline is heavily inspired by Dolly’s work.

Dolly Rebecca Parton was born 19 January 1946 to Robert Lee Parton Sr. and Avie Lee Caroline. She was born in a one-room cabin on the banks of the Lile Pigeon River in Pittman Center, Sevier County, Tennessee. She has 11 siblings including five sisters and six brothers. They are Stella Parton, Freida Estelle Parton, Larry Gerald Parton, Randy Parton, Floyd Parton, Robert Lee Parton Jr., Rachel Dennison, Cassie Nan Parton, David Wilburn Parton, Willadeene Parton, and Coy Denver Parton. Her birth sign is Capricorn. She holds American nationality and belongs to English, Irish, Welsh, German, and Scottish descent. Her ethnicity is white. She follows Christianity. Dolly spent most of his youth in a farm nearby Locust Ridge. Being a part of a large family, she had to face poverty while growing up. She started singing in the church at the age of six. She completed her high school in 1964. After graduation, she moved to Nashville, Tennessee to pursue her career in music.

She started singing on local radio and television at a very young age. She already recorded a song, “Puppy Love” at the age of 13. American singer, songwriter, Johnny Cash encouraged her to follow music career, whom she met at the Grand  Ole Opry. She soon established herself as one of the promising songwriters in the music industry.

She has given numerous hit albums. Her first album was titled, “Hello, I’m Dolly”. Her album “Jolene” became one of the successful albums in her career. Before shifting from Country Music to pop, she had given several hits such as ” Jolene”, “I Will Always Love You”, “Love is Like a Butterfly”, “Joshua”, “Burning the Midnight Oil”, “Touch Your Woman”, “The Right Combination”, ” Coat of Many Colors”, “The Bargain Store”, “Please Don’t Stop Loving Me”, “My Tennessee Mountain Home”, “Travelin’ Man”, and “n The Good Old Days (When Times Were Bad)”.

Her initial attempts to shift from country music to pop achieved her average success. Her 1977 song, “Here You Come Again” topped both Country Music and pop charts, for which, she received her first Grammy Award in 1978.

Her other popular albums are As Long as I Love, Joshua, Coat of Many Colors, Touch Your Woman, Bubbling Over, THe Bargain Store, Dolly, All I Can Do, Here You Come Again, Heartbreaker, 9 to 5 and Odd Jobs, The Great Pretender, Real Love, Rainbow, White Limozeen, Eagle When She Flies, Home Christmas, The Grass is Blue, Precious Memories, Little Sparrow, Those Were the Days, and several more.

Some other movies she has appeared are “Best Little Whorehouse in Texas, Rhinestone, Steel Magnolias, Straight Talk, The Beverly Hillbillies, Frank McKlusky, C.I., Miss Congeniality 2: Armed and Fabulous, Joyful Noise, and several others.

Dolly Parton has authored several books till date. Some of them are ‘My Life and Other Unfinished Business’, ‘I Am a Rainbow’, ‘Dream More: Celebrate the Dreamer In You’, and ‘Coat of Many Colors’.

Dolly Parton is married to Carl Thomas Dean. They got married on 30 May 1966 in Ringgold, Georgia. Their love for each other never ever drifted them apart. The couple has been living a successful marriage life. However, they do not have any children. They raised several of Dolly’s younger siblings. And she is the godmother of singer, actress, Miley Cyrus. She lives in Nashville, Tennesse. There is a bronze sculpture of Dolly Parton in her hometown of Sevierville. She is a godmother of popular American singer and actress, Miley Cyrus.

Net Worth of Dolly Parton

the net worth of one of the greatest singer who made a remarkable contribution to the music industry is estimated at around $530 million. her contributions towards music, acting, business, earned her this huge fortune. She has also endorsed several brands till date. She has some of the luxurious car collections. Some of them are Cadillac D’elegance and Cadillac Escalade.

Our contents are created by fans, if you have any problems of Dolly Parton Net Worth, Salary, Relationship Status, Married Date, Age, Height, Ethnicity, Nationality, Weight, mail us at [email protected]