Douglas Craig Emhoff is an American lawyer and the husband of Vice President-elect Kamala Harris. He has worked with several firms, most recently as a partner at DLA Piper. 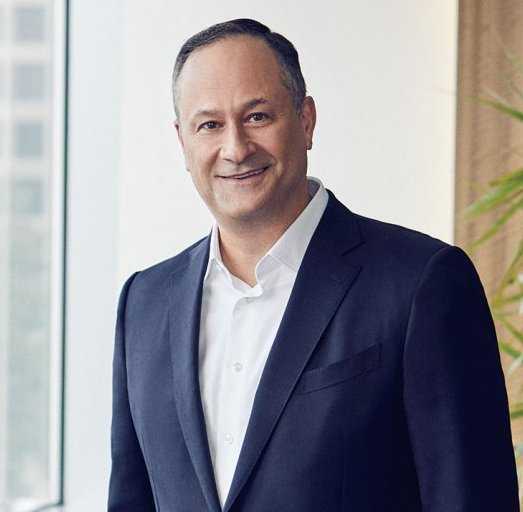 Douglas Emhoff is an American attorney from California. He is an entertainment lawyer. He works now as a litigator and partner at DLA Piper Law Firm. He is famous as the husband of California Senator and 2020 U.S. presidential Democratic nomination candidate Kamala Harris. Harris officially announced her candidacy for President of the United States on 21 January 2019.

What is Douglas Emhoff Famous For?

Where was Douglas Emhoff Born?

Douglas Emhoff was born on 13 October 1964. His birthplace is in Brooklyn, New York in the United States. He holds an American nationality. His zodiac sign is Leo. Information about his parents and siblings are currently unavailable.

He attended California State University, where graduated with a Bachelor of Arts degree in communications and media studies in 1987.

He then attended the University of Southern California’s Gould School of Law, where he received his Juris Doctorate degree.

He works as a litigator and partner at DLA Piper Law Firm.

His specialized field is entertainment and intellectual property law.

He works in both their California and D.C offices.

He also represents some of today’s highest-profile individuals and influencers in complex business, real estate, and intellectual property litigation disputes.

Previously, he worked as an Associate at the Pillsbury Winthrop Shaw Pittman LLP in the Greater Los Angeles Area.

He also worked as special counsel at Belin Rawlings & Badal. He was also a partner of the Los Angeles-based law firm.

He also worked as a managing partner at Whitwell Jacob Emhoff LLP in Beverly Hills.

He joined Venable LLP as its Managing Director in the Wes Coast in August 2006. He took charge of their branches in LA and San Francisco till September 2017.

Who is Douglas Emhoff Married to?

Douglas Emhoff is a married man. He is married to Kamala Harris. A close friend set up the two on a blind date. They got engaged in March 2014. They got married on 22 August 2014 in Santa Barbara, California. Their marriage was officiated by Harris’s sister Maya Harris.

He has two children, Cole and Ella, from his previous marriage with Kerstin Emhoff. He has no children with Harris.

What are Douglas Emhoff Body Measurements?

Douglas Emhoff stands at a height of 1.7 m i.e. 5 feet and 7 inches tall. He has a bodyweight of 79 kg. He has an average body build. He has hazel eyes.

What is Douglas Emhoff Net Worth?

Douglas Emhoff earns from his attorney career. He has established himself as one of the successful attorneys in California. His salary is not available. Thus, his net worth is not available at present. It will be updated soon.

Our contents are created by fans, if you have any problems of Douglas Emhoff Net Worth, Salary, Relationship Status, Married Date, Age, Height, Ethnicity, Nationality, Weight, mail us at [email protected]