Michael Salzhauer, who is best known by his nickname "Dr. Miami", is a Jewish, American plastic surgeon. 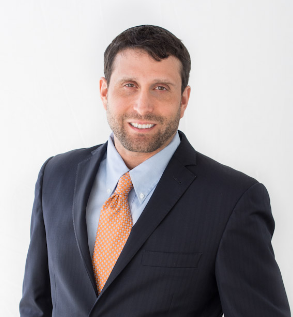 Michael Salzhauer, who is best known by his nickname “Dr. Miami”, is a Jewish, American plastic surgeon, children’s’ book author, recording artist and reality TV star. He has been as famous as a pioneer as he has been as a controversial surgeon. He is responsible for demystifying the plastic surgery procedure by live-streaming his operations on Snapchat. At the same time, he has been criticized numerous times for promoting plastic surgery among the younger generation. He also earned recognition as a reality TV star for his television show ‘Dr. Miami’ and as a musician for the single ‘Flawless’. He has also raised himself to the status of a celebrity following his fame as a social media star.

Where is Dr. Miami born?

Recalling his early life, Dr.Miami was born as Michael Salzhauer in New York City, USA, and was raised in Rockland County, New York. His father was from Israel, while his mother was from the Lower East Side of Manhattan. He first developed an interest in the medical field as early as four years old when his father gifted him a stethoscope. He finally decided to become a surgeon after watching the television show ‘M.A.S.H.’

Regarding his education, He attended Adolph Schreiber Hebrew Academy of Rockland in Monsey and Moriah School in Englewood, New Jersey. In his freshman year, he got into Tappan Zee High School where he was teased for having “big Jewish Schnoz”. He later enrolled into The Frisch Yeshiva High School in Paramus, New Jersey. After graduating from school, he attended Rockland Community College during 1989-90, after which he studied Psychology at Brooklyn College for two years. He finally completed his graduation from Washington University School of Medicine in St. Louis, Missouri.

When did Dr. Miami pursue his career as a plastic surgeon?

Who is Dr. Miami married to?

Reflecting his personal life, Dr. Miami met his wife Eva in the Brooklyn College Kosher-Cafeteria. They both were doing major in Psychology at Brooklyn College. Miami and his wife started dating soon after and eventually got married in 1994. They reside in Bal Harbour, Florida with their five children; Aleah, Tzvika, David, Coby, and Yonatan.

His whole family is involved with the charitable foundation Chai Lifeline which helps children with cancer. Both he and his sister Leora were honored by the foundation for their contributions, while his daughter Aleah raised $18000 selling her children’s book ‘The Grumpy Tree’.

How much does Dr. Miami earn?

Miami has garnered a really large sum in the course of his medical career. The professional surgeon has his net worth estimated at $25 million at present while his salary is yet to be disclosed. His multiple careers help to boost up his financial status as well.

How tall is Dr. Miami?

Observing his body statistics, Miami stands a height of 5 feet 9 inches tall and weighs around 70 Kg. Similarly, he has a pair of dark brown eyes and black hair color. His other body information is yet to be disclosed. n the case of disclosed, we will let you know.

Our contents are created by fans, if you have any problems of Dr. Miami Net Worth, Salary, Relationship Status, Married Date, Age, Height, Ethnicity, Nationality, Weight, mail us at [email protected]