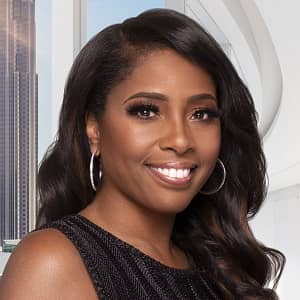 Dr. Simone Whitmore is an American physician and reality TV personality. She is famous for her appearance in the reality TV series, ‘Married To Medicine’.

How old is Dr. Simone Whitmore?

Whitmore achieved a bachelor’s degree in biology from Spelman College. After that, she received her doctorate in medicine from East Tennessee State University. Moreover, she also completed her residency at Boston Medical Center/Boston University.

How did Dr. Simone Whitmore pursue her career?

Dr Simone Whitmore is best known as an American reality television star and as a part of the main cast of ‘Married to Medicine’ which first aired on March 24, 2013. It follows the lives of seven women in the Atlanta medical community. Four of them are doctors themselves, while the other members are doctors’ wives.

Whitmore is one of the only four members who have been in the main cast from the first season including Toya Bush-Harris, Dr. Jackie Walters, and Quad Webb-Lunceford. So far, seven seasons of the show have aired. The seventh season of the show premiered on September 8, 2019.

In addition to being a reality TV star, she is also one of the most sought after speakers on women’s health issues and leadership. After becoming a certified Obstetrician-Gynecologist, she also worked in Georgia and has worked in many hospitals in the Duluth region including Northside Hospital Forsyth and Northside Hospital.

Currently, she is an individual practitioner. In the year 2004, she became the owner of the North Perimeter OBGYN.

Dr. Simone has black hair and a pair of brown eyes. She has not revealed her height, weight, and other body measurements. However, she seems to have a decent height and weight with attractive body measurements.

Dr. Simone Whitmore is married to Cecil Whitmore. Her husband is a longstanding employee of the Coca-Cola company, and is now the Director of Enabling Functions.

The couple has been married for over two decades but have not revealed the exact date they exchanged wedding vows. From their marriage, they have been blessed with two sons, Miles and Michael.

In January 2018, she announced that they were getting divorced which shocked the fans. However, after a few months, they decided to give the marriage another try and have been together happily since then.

What is the Net Worth of Dr. Simone Whitmore?

Simone is active on social media sites and quiet popular thanks to her career as a reality TV star. She has around 88.6k followers on Twitter and more than 392k followers on Instagram.

Our contents are created by fans, if you have any problems of Dr. Simone Whitmore Net Worth, Salary, Relationship Status, Married Date, Age, Height, Ethnicity, Nationality, Weight, mail us at [email protected] 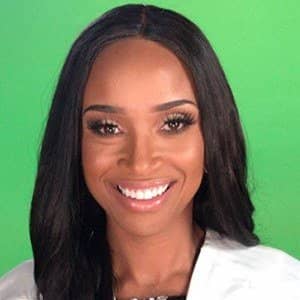