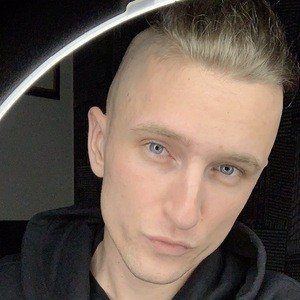 Dsp1994, real name David, is a popular British social media personality. His rise to fame was fairly recent and fast thanks to his Tiktok account, on which he mainly uploads funny POVs and duets.

He has remained private on his personal life as of now. As such, nothing is known about his parents, not even their names. The only things he has made public are the fact that he has an older sister and that he was raised in the U.K.

David’s education is also a mystery. He seems to be well educated but the exact details regarding his education have not been revealed.

David’s internet fame is pretty recent. Before this, he was more focused on his passion for martial arts and photography and scuba diving. He still is pretty good in all these areas, especially in martial arts. Just four years ago, he even competed in the ITF Nationals. David was already blessed with good looks, and his passions for martial arts helped him gain a muscular physique. Thanks to this, he even worked as a model and is currently signed with the agency Models Direct.

The main factor in his rise to fame is obviously Tiktok. He rose to fame after his lip sync videos and enjoyable POVs got a lot of attention. His looks and physique also helped him gain more views on the platform. As of now, his entertaining content has earned him over 386k followers and over 22 million likes. Dsp1994 has also collaborated with other popular Tiktokers such as Benjamin Connor, Ash, Hollie, etc. in the past.

Dsp1994 has not revealed his net worth and annual salary as of yet. And unfortunately, there are no trustworthy estimates for these figures at the moment. So, we will have to wait for David to make these figures official if we want to know about it.

What are Dsp1994’s physical statistics?

David has not revealed anything about his height, weight, etc. Even so, we can see from his posts on Instagram and Tiktok that he has a fit and muscular physique. And along with his good looks, David is blessed with blue eyes and blonde hair.

Dsp1994 is single at the moment. Though he is private on his personal life, all information we do have to suggest that he is not dating anyone as of now.

Dsp1994 was previously in a relationship with fellow Tiktoker Rhia. The two dated for roughly 1 year from 2018 to late 2019. They used to frequently appear on each other’s videos and even made a video titled I Got It featuring Ariana’s song, 7 Rings.

David is active and popular on social media. His good looks, along with his popularity on Tiktok have gained him a large fanbase on Instagram. He is not active on other platforms aside from Instagram and Snapchat. As of now, Dsp1994 has over 16k followers on Instagram.

Our contents are created by fans, if you have any problems of Dsp1994 Net Worth, Salary, Relationship Status, Married Date, Age, Height, Ethnicity, Nationality, Weight, mail us at [email protected]