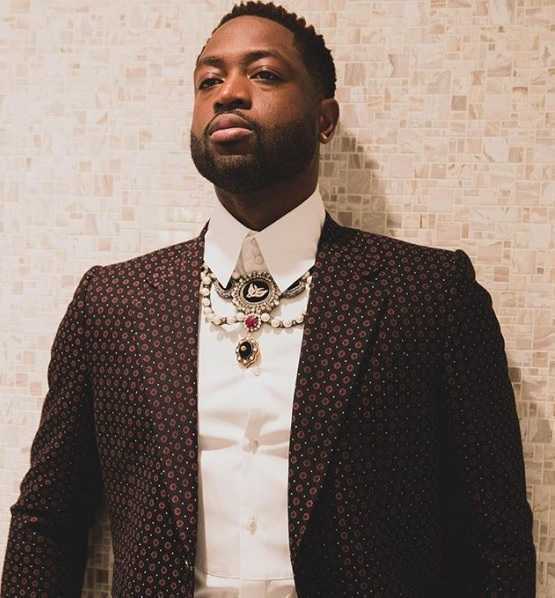 Dwyane Tyrone Wade Jr. professionally known by the name Dwyane Wade is an American professional basketball player. He currently plays for the Miami Heat of the National Basketball Association NBA. Previously, he was selected by the Miami Heat with the 5th overall pick in the first round of the 2003 NBA draft. He has also played for Chicago Bulls and Cleveland Cavaliers before returning back to Miami. He has won 3 NBA Championships with Miami Heat. He is Miami’s all-time leader in points, games, assists, steals, shots made, and shots were taken. He has also won the gold medal for the United States men’s basketball team at the 2008 Summer Olympics. He has announced his intentions to retire after the 2018-19 season.

Dwayne Wade has stepped forward to defend Russell Westbrook of the Oklahoma City Thunder who once again made headlines after a verbal altercation with the Utah Jazz fan, Shaine Keisel and his wife. The Thunders defeated the Jazz 98-89.

Russell who previously made headlines when he was tapped or lightly pushed by a Denver Nuggets fan during their match against the Nuggets.

Russell claimed that Keisel made “completely disrespectful” and “racial” comments.

Dwayne Wade of the Miami Heat tweeted on Monday night along with the video of Keisel’s defense. He wrote, “Lies people tell”.

Dwyane Wade was born on 17 January 1982. His birth name is Dwyane Tyrone Wade Jr. He was born to a father, Dwyane Wade Sr., and a mother, JoLonda Wade. His birthplace is in Chicago, Illinois in the United States. He holds an American nationality. He follows Christianity. His parents separated when he was only 4 months old. He has an older sister, Tragil Wade, and 3 stepbrothers, Darnell McDaniel, Demetris McDaniel, and Kodhmus McDaniel from his father’s second marriage.

He started playing different sports to avoid the temptations of participating in drug and gang-related activities. He was more interested in basketball and football.

He attended Harold L. Richards High School in Oak Lawn. He has stated that his high school coach, Jack Fitzgerald was one of the most positive influences in his life. He later played college basketball at Marquette University. Marquette retired his jersey at halftime of a game against Providence in February 2007 for his contribution to the college team.

He finished his rookie season at the Miami Heat finishing second in field goal percentage, second in steals, third in scoring, fourth in assists, and fourth in minutes played.

He was ranked in the top five among rookies in several major statistical categories.

The league’s coaches selected Wade to be a reserve in the 2005 All-Star Game following his performance in the 2004-05 season.

For his performance, he was awarded Finals MVP trophy making him the youngest player in NBA history at the time to be named NBA Finals MVP.

ESPN’s John Hollinger ranked his 33.8 PER in the NBA Finals as the greatest Finals performance since the NBA-ABA merger.

He became the first guard to earn All-NBA honors after missing at least 31 games in a season since Pete Maravich earned Second Team Honors during the 1977-78 season.

During the off-season, Miami-Dade County commissioners voted unanimously to rename the county “Miami-Wade County” for one week in Wade’s honor and to try and convince Wade to stay in Miami.

Wade then announced to stay in Miami.

He became the only the third player to record triple-doubles in the NBA history in February 2012 after he posted 24 points, 10 rebounds, and 10 assists.

He led Miami Heat to the NBA Finals and won his second NBA title as well making The Heat the first in NBA history to win a championship after trailing in three different playoff series.

Wade joined his hometown team, the Chicago Bulls on a two-year deal worth $47 million in July 2016.

Wade left Miami as they did not agree to pay him more than he was paid.

He teamed up with Jimmy Butler and Rajon Rodo. The trio was nicknamed “Three Alphas”.

The trio were all fined in January 2017 for criticizing their young teammates’ effort.

Following his poor performance, he volunteered to demote himself to a bench role for the betterment of the team and eventually took to the bench role becoming the leader of the second unit.

Wade returned to Miami in February 2018.

In his return, he was introduced with a standing ovation from the crowd.

The U.S. national team including Wade won the bronze medal at the 2006 FIBA World Championship.

He was named co-caption of the 2006 team along with James and Anthony.

He did not compete at the FIBA American Championship due to injury.

The United States basketball team won the gold medal at the 2008 Summer Olympics in China. They were also unbeaten throughout the tournament. Their team was nicknamed “Redeem Team”.

He missed the 2012 Summer Olympics due to knee surgery.

What Are Dwyane Wade’s Awards and honors?

Gold medal with Team USA at the 2008 Summer Olympic Games

Bronze medal with Team USA at the 2004 Summer Olympic Games

Bronze medal with Team USA at the 2006 FIBA World Championship

2006 Sports Illustrated Sportsman of the Year

2006 Sporting News Sportsman of the Year

Who Is Dwyane Wade Married to?

Dwyane Wade is a married man. He is married to actress Gabrielle Union. They got engaged in December 2013 and later got married on 30 August 2014. Previously, they started dating in 2009 and they briefly split up in 2013 due to career demands.

Previously, he was married to his high school girlfriend Siohvaughn Funches. They got married in 2002. The couple had two sons together. Five years later, they separated in 2007 and their divorce was finalized in 2010. The couple went through a lengthy and acrimonious court battle for divorce, where Wade won the sole custody of his two sons.

When Wade was on a brief break with his girlfriend, Gabrielle Union, he and his longtime friend Aja Metoyer conceived a son. He also has a daughter with Union. Wade’s fourth child was born via surrogate. He has 4 children altogether and also raises a nephew, son of his sister Deanna.

What Are Dwyane Wade’s Body Measurements?

What Is Dwyane Wade’s Net Worth?

His jersey became the top-selling jersey in the league in 2005 and remained so for nearly two years. He has endorsement deals with Gatorade, Staples, Lincoln, Sean John, T-Mobile, and Topps. He also had his own line of shoes with Converse named “The Wade”. He also has a series of Sidekick phones with T-Mobile named D-Wade. He switched his endorsement deal from Converse to Nike’s Jordan Brand. He was hand-chosen by Michael Jordan and debuted the Air Jordan 2010 during the NBA All-Star break. He debuted his first signature shoe for the Jordan Brand during the 2011 NBA Playoffs. He signed with the Chinese athletic brand Li-Ning after his contract ended with Jordan Brand. As of 2019, his net worth is estimated at $100 million.

Our contents are created by fans, if you have any problems of Dwyane Wade Net Worth, Salary, Relationship Status, Married Date, Age, Height, Ethnicity, Nationality, Weight, mail us at [email protected]