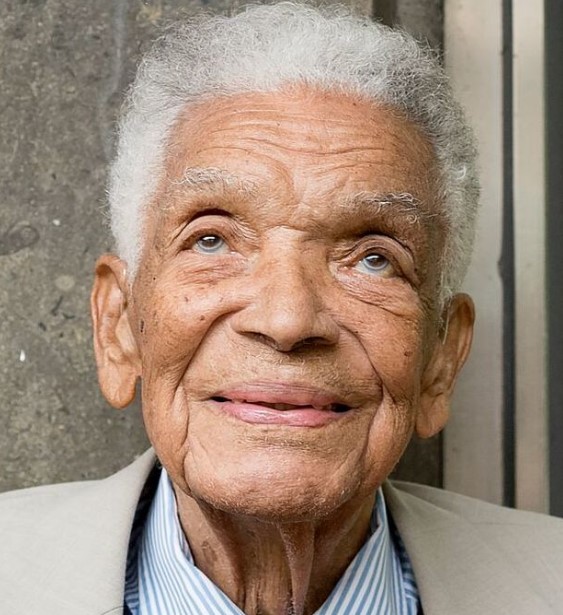 In 2016, he became the first inductee into the Screen Nation “Hall of Frame” at the BFI Southbank. On his honor, the Earl Cameron Award was established by the Bermuda Arts Council in 2019.

Contributing and bringing a breath of fresh air to the British film industry for over 50 years, Cameron died peacefully on July 3, 2020, at home in Kenilworth, England after living for 102 years. Besides, Queen Elizabeth II named him a Commander of the Most Excellent Order of the British Empire in 2009 for his contributions to British entertainment.

What was Earl Cameron Famous for?

Where was Earl Cameron Born?

Earl Cameron was born on August 8, 1917, Pembroke, Bermuda. His birth name was Earlston Jerusalem Cameron. His nationality was American. Cameron belonged to African-American ethnicity while Leo was his zodiac sign.

Cameron grew up in a society full of boycotts and racial discrimination as he faced several difficulties as a black person trying to find employment but was reluctantly taken on as a dishwasher in a hotel at the time.

He always had a great desire to travel as a kid so he joined the British Merchant Navy that eventually brought him to London on October 29, 2939.

In the early 1940s, Cameron was working at the kitchen of the Strand Corner House when he asked his friend, Harry Crossman if he could by any chance get him on the Chu Chin Chow show.

Cameron got his first role after he was landed a speaking role as Joseph, the chauffeur in the American play, “The Petrified Forest” in 1942. Cameron took on the role of one of the Dukes in the singing trio, “The Duchess and Two Dukes” in 1945. He then took a job on the London stage in the play, “Deep Are the Roots”.

He understudied in Deep are the Roots with fellow understudy a signer, Ida Shepley who introduced him to voice coach Amanda Ira Aldridge.

When Did Earl Cameron Die?

Earl Cameron died on July 3, 2020, at his home in Kenilworth, Warwickshire, England at age of 102. He lived for a century seeing the world changing around him throughout his lifetime. He is survived by his wife and family. His dead body was cremated and his ashes were returned to his family.

Earl Cameron got married twice throughout his life till his death on July 3, 2020. Cameron first got married to Audrey J. P. Godowski in 1955. They lived together for 39 years until Audrey’s death on January 27, 1994. They had 5 children together.

Shortly after the death of his first wife, he got married to his second and the last wife, Barbara Cameron on September 20, 1994. They lived together in their home, Kenilworth, Warwickshire for almost 26 years till his death in 2020.

Earl Cameron has quite good earnings from his professional career as an actor. Having been in the field of acting for over 50 years, Cameron was a skillful actor who surprised millions of people all around the world with his charismatic acting. His net worth at the time of his death was around $10 million.

Earl Cameron was a good-looking Black man in his early 100s when he died. He was one of the very few people who were able to see the changing world for a century. He had a height of 5ft. 9inch while his body weight was around 80kg.

He had a dark complexion with white hair and layer eyes at the time of his death.

Our contents are created by fans, if you have any problems of Earl Cameron Net Worth, Salary, Relationship Status, Married Date, Age, Height, Ethnicity, Nationality, Weight, mail us at [email protected]