Elisha Cuthbert is a Canadian actress and model. 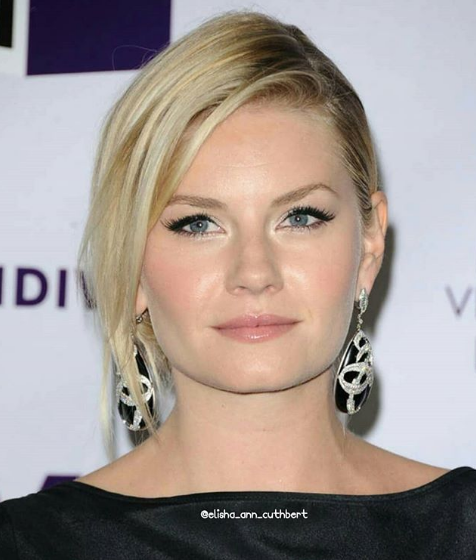 Canadian actress and model, Elisha Cuthbert is best known for her portrayal of Kim Bauer on American thriller series “24. Her other notable appearances include Darcie Goldberg in the college comedy Old School, Danielle in the teen comedy movie The Girl Next Door, and Carly Jones in the 2005 remake of House of Wax. She was named “TV’s most beautiful woman” in 2013 by Maxim.

Where was Elisha Cuthbert born?

Elisha Cuthbert was born in Calgary, Alberta, Canada. She is a Canadian by nationality and is of English ethnicity.

As per her education, she has completed her graduation from Centennial High School in 2000. As Elisha Cuthbert was interested in acting and modeling since a very early age she became a foot model at the age of 9.

Career and Achievements of Elisha Cuthbert

Elisha began her career as a model at the age of nine, modeling children’s clothing and footwear. She made her first televised appearance as an extra in the horror film, Are You Afraid of the Dark? (1999-2000). She also hosted a show titled Popular Mechanics for Kids at the same time.

She moved to Hollywood in 2001.  Shortly, she was cast for the lead role as Kim Bauer, daughter of federal agent Jack Bauer in the television series 24 (2001-2010). Her performance in Lucky Girl earned her “Gemini Awards- Best Performance by an Actress in a Leading Role in a Dramatic Program or Mini-Series” in 2001. She won the 2003 “Online Film Critics Society Award” for her role in the TV series 24. That same year, she won “Washington D.C. Area Film Critics Association Award” for her role in Love Actually.

Elisha Cuthbert is in a marital relationship with her longtime boyfriend-turned-husband, Dion Phaneuf who is a professional ice- hockey player. The couple tied the knot on 6th July 2013 just after the year of their engagement. Their wedding took place at St. James Catholic Church in Summer-field, Prince Edward Island.

Coming to this date, the couple 5th anniversary and about to celebrate 6th one. None of the media sites has spread any bad rumors about their relationship. The couple is going strong together.

Elisha is the mother of one child. She shared her first child with her player husband, Dion Phaneuf. The couple their first child as a son on 21st December 2017, and named him Zaphire.

Before getting married, she was in a romantic relationship with NHL Hockey player, Sean Avery. However, they broke up after dating each other for a few months without revealing the reason.

What is Elisha Cuthbert net worth?

With hard work and passion, the sexy woman, Elisha Cuthbert has collected a huge amount of worth in her account. She has an estimated net worth of $20 million. She has earned all of her cash with her own effort from her professional life.

Being one of the beauty queens of the world, she is spending all of her earning to maintain her lifestyle. She has a Porsche 911, Carrera car which is worth around $80000.

Moving towards her body measurements, she has a good height of 5 feet 2 inches (1.59m) with body weight 61kg. She has an Hourglass body figure with 37-25-36 inches. Her bra size is 34C and her shoe size is 5 (US) and dress size is 6 (US). Furthermore, she has a pair of blue eyes and natural blonde hair colour.

Our contents are created by fans, if you have any problems of Elisha Cuthbert Net Worth, Salary, Relationship Status, Married Date, Age, Height, Ethnicity, Nationality, Weight, mail us at [email protected]