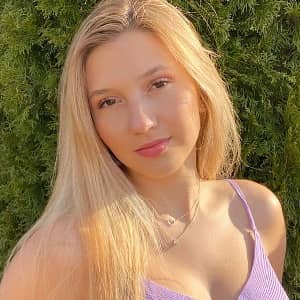 Ellie Vandeel is a Tiktok Star, YouTuber, Instagrammer, and social media personality. She is best known for her lip-sync, dance videos on her TikTok account(@ellievandeel).

When was Ellie Vandeel born?

Ellie Vandeel was born on November 30, 2000, in Indiana, United State. As of 2020, she is 20 years old. Her zodiac sign is Sagittarius. Talking about her parent, she often featured her mom and stepdad, on her TikTok account. However, she has not revealed their name yet. Besides, She has an elder sister and a younger brother.

How did Ellie Vandeel pursue her Social media career?

Ellie Vandeel is always interested in the modeling and entertaining sector. She is creative and beautiful. She runs a Tiktok account with id @ellievandeel, which has over 973.8 k followers. Her account already accumulated 51 million likes. She became a Tiktok sensation after posting her lip-sync, dancing, and singing videos on her TikTok account. Everyone loved her performance and want to see more.

On April 30, 2019, she created a youtube channel titled, Ellie VanDeel. It has 31.4 thousand subscribers as of 2020. Her channels successfully gather over 1 million views. One of the popular video uploaded titles, ‘how I’m doing after the breakup‘, has more than 25 k views. This video was released on May 21, 2020.

Besides, she is active on Instagram with id @ellie.vandeel. Where she has 72.4 k followers. Similarly, she followed different personalities through her account like Stokeley (@theslumpgod), Brooke Monk (@brookemonk), Nick Bean (@nickbean), etc. As of September 22, 2013, she posted first time on her Instagram. That was the photo with her friend.

How tall is Ellie Vandeel?

Her height is 5 feet and 3 inches tall and she weighs around 55 kg. Besides, she has blue eyes and blonde hair.

What is the Net Worth of Ellie Vandeel?

As of 2020, Ellie Vandeel’s net worth is approximately $1 million. Talking about her source of income, she is a Tiktok star, YouTuber, Instagrammer, and social media personality. As combined her estimated average salary is around $55 k – $100 k.

Who is Ellie Vandeel dating?

Currently, Ellie is single and is not in a relationship with anyone.

Prior to that, Ellie is dating her fellow TikTok and social media star, Grant Marshall. They first met at their high school. Because they both are in the same high school. They started dating each other on September 1, 2018. After they started to appear on their different social media as a couple. Unfortunately, they broke up in 2020. As of May 21, 2020, Ellie uploaded a video title, ‘how I’m doing after the breakup‘. In this videos she shares her feelings and what is she doing after her breakup with Grant.

Our contents are created by fans, if you have any problems of Ellie Vandeel Net Worth, Salary, Relationship Status, Married Date, Age, Height, Ethnicity, Nationality, Weight, mail us at [email protected] 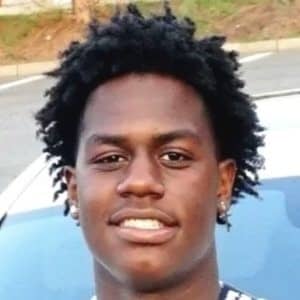 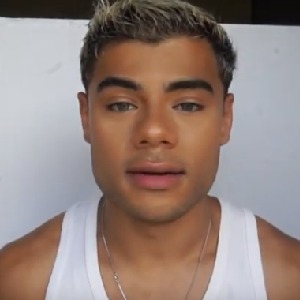