Emma Waston is an English actress, model, and activist 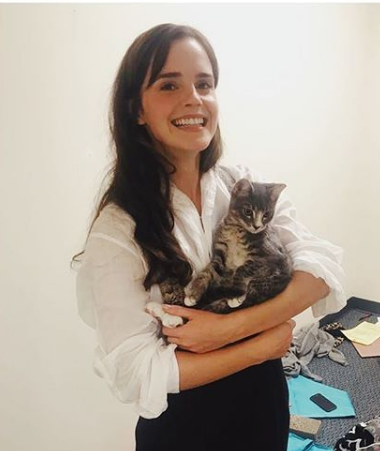 Emma Waston is an English actress, model, and activist. She is one among few modern celebrities who gained fame at their early age. Recently her movie Beauty And The Beast became one of the blockbusters of 2017

Emma Watson’s topless cover photo in Vanity Fair magazine raised lots of questions regarding her feminist works. She also had rumors that she was approached first for the lead role in the Oscar-nominated movie La La Land, which was found to be true.

Emma Watson was born Emma Charlotte Duerre Watson on 15th April 1990. The English parents, Jacqueline Luesby and Chris Watson gave birth to her in Paris, France. Both her father and mother were lawyers. She has twin sisters named Nina Watson and Lucy Watson, and her brothers Toby Watson and Alex Watson. Her brother Alex Watson has started his modeling career and recently modeled for Silhouette, an international frame manufacturer. She moved back to Oxfordshire, England with her mother and brother after her parents divorced when she was 5.

As regards her education she attended the Dragon School in Oxford until 2003. Determined to be an actress, she trained at the part-time theatre school Stagecoach Theatre Arts, Oxford. This helped her in advancing her career at a very early age. Due to her professional career, she faced some difficulty in pursuing her academic study but later joined Brown University in Providence, Rhodes Island. She again delayed her course after 18 months at the university and later joined Worchester College, Oxford in 2011 as a visiting student.

The career of Emma Watson

Emma Watson started her professional career at a very early age. In 1999 she stepped up her career to the next level by staring in the film adaptation of J.K. Rowling’s. best-selling Harry Potter novel. Staring as Hermione Granger in the Harry Potter movie series, she gained lots of popularity around the world. Because of her promising debut, she was critically acclaimed by The Daily Telegraph saying her performance admirable. During the release of various installments of the Harry Potter movie series, she was highly talked about for her maturity in acting. Some of her renowned movies are The Bling Bling(2013), This Is The End(2013), Noah(2014), Colonia(2015), Regression(2015), and the most famous of all Harry Potter film series. Her recent movie Beauty and The Beast(2017) gained an impressive achievement as it entered the list of Top 10 highest-grossing films of all time with a monetary value of $1.2 billion worldwide.

She started her modeling career in 2005 with the photoshoot for Teen Vogue. She was the youngest model to feature on the cover of Teen Vogue Magazine. In 2010 Emma and her brother Alex featured in Burberry’s Spring/Summer campaign along with musicians George Craig and Matt Gilmour, and model Max Hurd. In addition, She was also involved with the Fair Trade fashion brand.

She was recently appointed as a U.N. Women Goodwill Ambassador. She visited Uruguay for her first assignment as a U.N Women Goodwill Ambassador where she focused on the need for women’s political participation. She has contributed a lot to the empowerment of women’s rights in developing countries, including Bangladesh, and Zambia. In addition, she is actively participating in various programs relating to gender equality.

Her promising career has led her to various achievements. She has won a number of awards including, the Boston Society of Film Critics Awards, Bravo Otto, MTV Movies and TV Awards, National Movie Awards, People’s Choice Awards, Women Film Critics Circle Awards, Teen Choice Awards, and several others. Furthermore, her modeling is equally appreciated and she is able to win prestigious awards such as the British Style Awards.

Net Worth of Emma Watson

As regards Emma Watson’s net worth, she earns around $70 million and is listed among the highest-paid celebrities. Her source of income as an actress, brand ambassador, and model.

Gorgeous and adorable Emma Watson is not married but she has had several affairs until now. She is currently dating William L. Mcknight, an American businessman, and philanthropist. She previously dated celebrities, including Tom Felton, Tom Ducker, Francis Boulle, Jay Barrymore, Johnny Simmons, Will Adamowicz, and several others in her unstable personal life. However, there hasn’t been any serious relationship to convert it into marriage until now.

As regards Emma Watson’s body measurement she has a good height of 5 feet and 4 inches. She has an Hourglass figure and weighs 53 Kg. Her breast size is 32 inches, her waist size is 23 inches and her hip size is 34 inches. She has deep brown colored eyes and has blonde hair.

Our contents are created by fans, if you have any problems of Emma Watson Net Worth, Salary, Relationship Status, Married Date, Age, Height, Ethnicity, Nationality, Weight, mail us at [email protected]