Erica Mena is a mother and former model and a reality show personality. 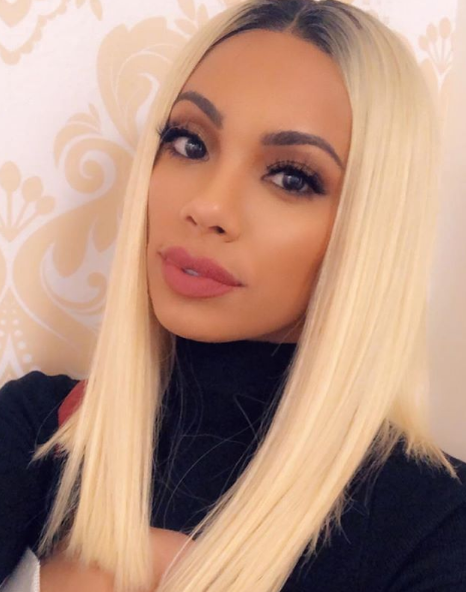 Erica Mena is a mother and former model and a reality show personality, who came to fame on the second season of VH1’s Love & Hip Hop: New York. At the age of 14, she has started her modeling career, appearing on first print ads.

Erica Mena was born and raised in New York City, the U.S. Her father is a drug dealer and her mother was forced to peddle drugs which led her to jail. She was in fact given birth inside the prison. She was brutally abused by her father until her mother was out of prison when she was 5. However, there isn’t more information about her parents and her childhood. She grew up with an interest in modeling.

Likewise, she hasn’t revealed any information regarding her academic achievements or education until now. She holds an American nationality and holds mixed (Puerto Rican and Dominican) ethnicity. Her zodiac sign is Scorpio.

Talking about her career, She has stepped her foot in the field of modeling at the age of 14, when she won the “Jeniffer Lopez lookalike contest”. After that, she started appearing as a model for several agencies. Unless she appeared in a reality show “Kourtney & Khloe Take Miami”, she was not recognized by the public.

In the year 2009, after she did a reality show, her career turns over and reached a height of success. After that, she appeared on her career-changing series “Love & Hip-Hop: New York”. Besides that, she has appeared on the shows like, “The Show with Vinny”, “The Trisha Goddard Show”, and “106 & Park”.

Besides modeling and acting, she has established herself as an author as well. Her books “Chronicles of a Confirmed Bachelorette” and “Underneath It All” is one of the best-selling books in Hollywood.

Talking about her social life, love affairs, and relationship, She is currently single. She has not married yet but has been into multiple relations. She has dated more than a person in her life. From the year 2014-2015, she was engaged with Shad Moss aka Bow Wow. Before Bow, she dated Chinx Drugz from the year 2013 to 2014.

Erica was in a relationship with Rich Dollaz from 2012 to 2013. Similarly, from the year 2005 to 2006, she dated Scott Storch. Besides that, she has dated Hollywood celebrities including Fabolous, Havoc, and DJ Envy in the past.

When Erica was having an affair with Raul Conde, she gave birth to a child named King Conde. Mena is proved to be bisexual as she has dated a girl named Cyn Santana. At present, she joined the cast of Love & Hip Hop: Atlanta for the seventh season.

The American model, music video actress, and reality television star, She has earned a decent income from her profession. As per wiki sources, she has a net worth of $ 4 million to date. She hasn’t revealed her salary on the internet or to the media till today.

Our contents are created by fans, if you have any problems of Erica Mena Net Worth, Salary, Relationship Status, Married Date, Age, Height, Ethnicity, Nationality, Weight, mail us at [email protected]