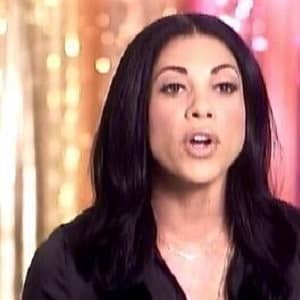 Erin Babbs is a popular American dance choreographer and studio owner. She was already popular in her field of work but it was her appearance in the show, Dance Moms that helped her rise to mainstream fame.

When was Erin Babbs born?

Erin Babbs was born on the 16th of February, 1979 in Murrieta, California, U.S.A. As of 2020, her age is 41. Her nationality is American but she has not revealed her ethnicity as of yet.

Erin is private when it comes to her personal life. As such she has not revealed much regarding her parents and her childhood. She also has not mentioned anything about her siblings, so she might be a single child.

Talking about her education, Erin graduated from San Diego State University with a BA in English. She also taught dance and trained while she studied and this really helped later as a dance teacher.

How did Erin Babbs build her career?

Erin Babbs was passionate about dancing from a very young age. She actually started dancing at just three and continued to improve her skills through the years. She trained a lot in her craft and eventually became really good at dancing. This led to her performing in places such as the Brian Setzer Orchestra, on MTV, and even among the Black Eyed Peas. She has also been teaching dance to eager students for a long time now.

Erin also started her own studio, Murrieta Dance Project (MDP) at the age of 26. Here, she teaches dance professionally to students and the studio is also well known for its amazing dance choreographies.

With all of these achievements under her belt, Erin was already popular in her field. But it was her appearance on the reality TV show Dance Moms that boosted her popularity to new heights. She debuted on the show in its fourth season as a guest choreographer. She was on the side of Candy Apple for the season. She returned to to the show for its fifth and sixth season s as well. In the fifth season, she challenged ALDC (Abby Lee’s Dance Company) with her own studio. And in the sixth, she worked with the Junior Elite Team on the show after walking out on Abby.

What is Erin Babbs’s net worth?

Erin has not revealed the information on her net worth and annual salary as of now. Unfortunately, there are no reliable estimates of these figures on the internet as well.

What are Erin Babbs’s physical statistics?

Erin is blessed with good looks and has a fit and attractive physique. Her eyes are brown and her hair is black in color. She has not revealed her other physical statistics such as height, weight or body measurements.

Who is Erin Babbs dating?

Erin Babbs is currently married to her husband, Shaun Babbs. Their marriage is going quite well and it seems as though they will be together in the coming years. The couple also has a daughter named Jordyn who was born in 2017.

Erin Babbs is active and popular on social media. As of now, she has over 4.5k followers on Instagram. She used to be active on Twitter but right now, she is only active on Instagram.

Our contents are created by fans, if you have any problems of Erin Babbs Net Worth, Salary, Relationship Status, Married Date, Age, Height, Ethnicity, Nationality, Weight, mail us at [email protected]