Erykah Badu is an American singer and songwriter. 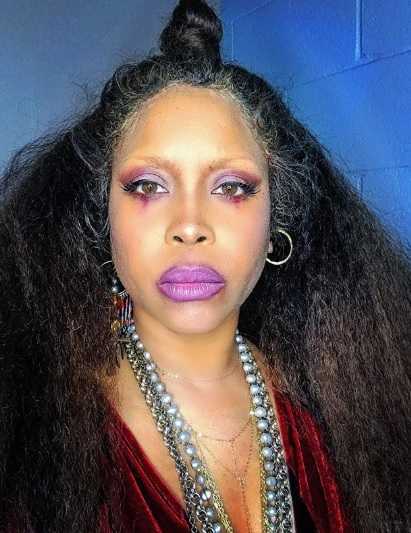 Erica Abi Wright, popularly known as Erykah Badu is an American singer and songwriter. She started her career in 1994 and released her first album, Baduizm in 1997. Today, she is referred to as the queen of neo-soul. She has won a total of 16 Awards from 59 nominations till date. She has appeared in supporting roles in few movies and documentaries.

Erykah Badu strongly denies about being asked to be in Surviving R. Kelly in a Twitter dispute with its executive producer

Surviving R. Kelly producer, Dream Hampton previously mentioned in an interview that she asked Badu as one of the celebrities to participate in the documentary. In response, Badu twitted, “That’s not true. I’ve never worked with him, don’t know him personally, and was never asked to be a part of the documentary.”

Hampton then jumped in writing, “I asked Producer T. Farris to contact @fatbellybella to be in doc because I wanted clarity on two things: 1) a quote attributed to her, “No one has done more for Black people than R. Kelly” & 2) what she was thinking when she called him her “brother” at Soul Train Awards.”

Erykah then wrote, “No ma’am. I WAS NOT EVER contacted by anyone to be in the You know that’s not true. I wasn’t a necessary component. You had all the right people, the ones close to the situation…But for now, produce this “producer’s” request or…  APOLOGIZE. It’s simple.”

Recently, in a concert, she was booed from fans after giving support speech on musician R. Kelly, who has been accused of sexual abuse and running a “sex cult” with minors. She got booed after saying, “I dunno how everybody else feels about it but I’m putting up a prayer right now R… I love you. Unconditionally”. Several victims have come forward and many celebrities have spoken after the Lifetime’s Surviving R. Kelly docuseries was released.

Erykah Badu was born on 26 February 1971. Her birth name is Erica Abi Wright. She was born to a father, William Wright Jr. and a mother, Kolleen Maria Gipson. Her birth place is in Dallas, Texas in the United States. She holds American nationality. Her zodiac sign is Pisces. She belongs to black ethnicity.

She has 2 siblings, a brother, Eevin, and a sister, Nayrok. Her parents separated when they were a child. Thus, her mother raised them on her own with the help of their paternal and maternal grandmothers..

She attended Booker T. Washington High School for the Performing and Visual Arts. After graduating from high school, she enrolled at Grambling State University, a historically black university. But, she left the university to concentrate on music.

She stepped into the show business at the age of four when she performed at the Dallas Theatre Center and The Black Academy of Arts and Letters (TBAAL).

She was freestyling for a local radio station alongside such talent as Roy Hargrove by the age of 14.

She taught drama and dance to children at the South Dallas Cultural Center to support herself.

She also worked and toured with her cousin, Robert “Free” Bradford and recorded a 19-song demo, Country Cousins.

Their recorded song, Country Cousins, impressed Kedar Massenburg, who set up to record a duet with D’Angelo, “Your Precious Love”.

Kedar Massenburg signed her to a record deal with Universal Records.

She released her first studio album, Baduizm in February 1997.

The album was certified triple Platinum by the Recording Industry Association of America (RIAA) and includes hit singles, “On & On”, “Next Lifetime”, and “Otherside of the Game”.

She released her first live album, Live in the same year, 1997, which was certified double Platinum by the RIAA.

She released her second studio album, Mama’s Gun in 2000. The album was certified Platinum by RIAA.

Her single, “Bag Lady” from her second album became her first top 10 single on the Billboard Hot 100 peaking at number 6.

She released her third studio album, Worldwide Underground in 2003. The album was certified Gold by the RIAA.

Her first official single, “Window Seat” created lots of controversies, as its video was filmed at Dealy Plaza in Dallas, Texas, the site of the assassination of President John F. Kennedy. First of all, her team did not acquire any permission to film the video at the site. Second, during the video shoot, she shed her clothes as she walked until she was nude at the site where Kennedy was shot. Her head jerked back and she fell to the ground. Children with their families could be seen nearby as she stripped. She was criticized for stripping nude in the presence of minors and also for insulting the memory of the late President. However, she said she had “no regrets” and claimed the video was a protest against “groupthink”, but was charged with disorderly conduct for appearing nude.

She released a mixtape, But You Caint Use My Phone in November 2015, which became her first release under her own label, Control Freaq.

She made her acting debut as a supporting role in the 1988 film Blues Brothers 2000.

She appeared in 1999 film The Cider House Rules, for which she received several awards and nominations.

She has also appeared in several sitcoms.

In total, she has won 16 awards from 59 nominations.

She won Best Rap Performance by a Duo or Group Grammy Award in 2000.

She won BET Award and Grammy Award each in 2003.

In 2011, she won one BET Award and one MTV Video Music Award.

She then started dating Soulquarian Common in 2000, but, their affairs ended in 2002. She then dated West Coast rapper The D.O.C. With him, she gave birth to a daughter, Puma Sabti Curry in July 2004. She later gave birth to Mars Merkaba Thedford, a daughter in February 2009 with rapper Jay Electronica. They are no more together. She also dated Carl Jones. They started affairs in 2013 but split in 2018.

She lives in Dallas, Texas at present. She also lives in Fort Greene, New York time to time.

As of 2019, her net worth is estimated at around $12 million. She has mainly earned her fortune through music. Besides, she has also endorsed some popular brands like Curet’s nails, RTH Shop, Jules Kim costume, L’Enchanteur, Chinatown Market, The GAP. She became the face of fashion designer Tom Ford White Patchouli fragrance, Ford in 2008. She also became the face of Givenchy’s Spring collection in 2014.

Our contents are created by fans, if you have any problems of Erykah Badu Net Worth, Salary, Relationship Status, Married Date, Age, Height, Ethnicity, Nationality, Weight, mail us at [email protected]