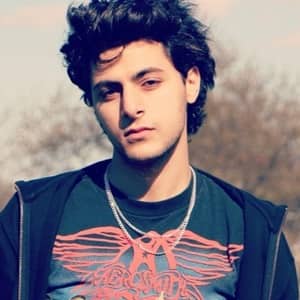 Ethan Bradberry is a YouTube star and social media personality from America. He is mostly known for his pair channel along with his brother Moe which practices a series of viral pranks and social experiments.

How old is Ethan Bradberry?

Ethan Bradberry was born on October 27, 1992, in Brooklyn, New York City, the USA. He is American by nationality and is currently 27 years old. Talking about his family and childhood, he was born as one of the four children to the Palestinian immigrants’ parents whose identity is yet to be disclosed. He grew up alongside his three siblings: one brother and two sisters.

Likewise, his family comes from a mixed ethnicity of French and Italian descent. Academically, he is yet to disclose information about it. However, according to several media sites, he had attended Touro College in New York City for a degree in science. As a young guy, he always had a penchant for jokes and would often compete with his brother to check who could pull off the worse prank.

How did Ethan rise to stardom?

Ethan Bradberry kicked off his YouTube career along with his brother Moe after joining the platform in March 2014. The channel is titled ‘MoeAndEthan’ and forms the MoeandET duo. They often upload unfunny pranks and social experiments and are able to amass more than 2.7 million subscribers for their channel.

Their first ever video uploaded was titled ‘Fighting Prank!-College Edition‘. And their two videos, ‘Extreme Sitting of People Prank (GIRLS EDITION)’ and ‘Asking for Food‘ has garnered more than 25 million views that are just phenomenal. It was an outbreak when the brother uploaded a video titled ‘Would Your Child Know How To Escape A House Fire!? (Social Experiment)’. The video included Ethan, Moe, and their crew who tried to test children of consenting parents if they were prepared for a fire in their respective homes. The original post received several million views and criticism for the prank. As of now, the two seemed to have stopped uploading content on a regular basis. Likewise, Ethan is more focused on his own channel these days.

Who is Ethan Bradberry dating?

Referring to the dating life of Ethan Bradberry, he seems to be quite a secretive person as he never disclosed or discussed his love life to the media. We are not sure if he is single or dating someone. Moreover, there is not even a single hint on his social media post which might uncover the mystery. Therefore, as of now, Ethan is most probably single.

Talking about his rumors and controversies, Ethan and Moe have reportedly been accused of staging their pranks and social experiments. Even though the two have vehemently denied this time and again, people have pointed out glaring discrepancies that justify the fact that their content is not completely real.

What is the net worth of Ethan Bradberry?

For the net worth and income of Ethan, his net worth as of now is estimated to be around $450 thousand dollars. Similarly, he makes an estimated monthly earning of $100 and makes about $1 – $2k every year from his own YouTube channel. As the joint YouTube channel, ‘MoeAndEthan‘ has amassed over 2.5 million subscribers, it also helped him to earn more than $5k every month. In addition to that, he also makes additional earning from several sponsorships and endorses.

Physically speaking, Ethan stands tall with a height of 5 feet 8 inches and weighs about 55 kilograms. However, there is no record on his other body measurements such as chest-bicep-waist size and shoe size. Moreover, his body features of black hair and a pair of light brown eyes.

Our contents are created by fans, if you have any problems of Ethan Bradberry Net Worth, Salary, Relationship Status, Married Date, Age, Height, Ethnicity, Nationality, Weight, mail us at [email protected]