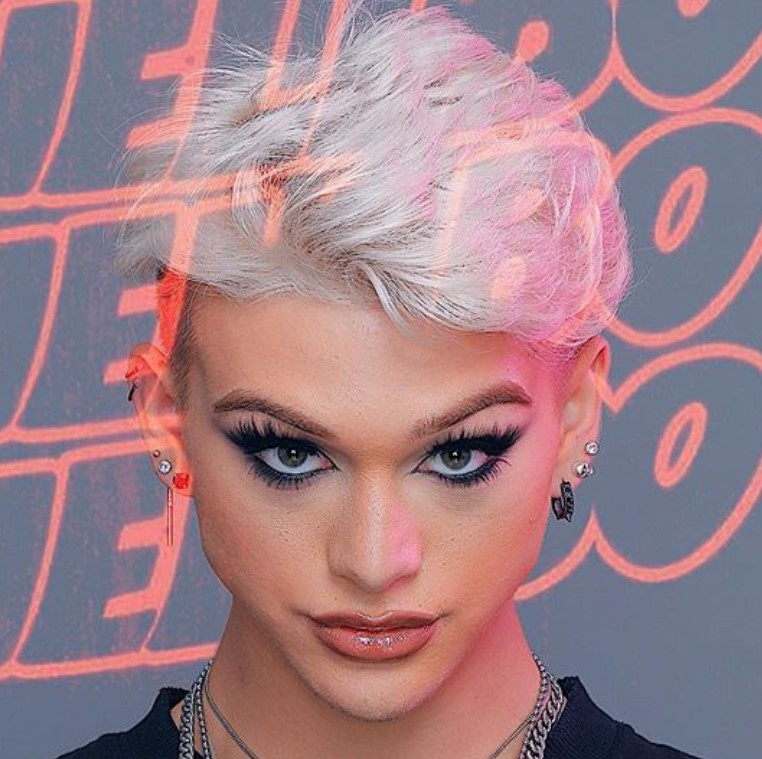 Ethan Peters was an American Social Media Personality, beauty influencer, makeup artist, and Youtuber who was mostly known for his jaw-dropping makeups skills. He was also known as “Ethanissupreme”. He had a youtube channel named, “Ethanisupreme” with over 138k subscribers. In his youtube channel, he used to post the make-up tutorial videos and makeup reviews.

He was active in the social media platform with 535k followers on Instagram: @ethanisupreme and around 21k followers on his Twitter: @trashqueenethan

Ethan Peters Dies At the Age of 17

The Instagram star, Ethan Peters was found to be dead in his bedroom which was first seen by his father, Gerald when he entered Ethan’s room at around 11 AM on 6th September 2020. As told by his father, he was a drug addict and the cause of his death is a drug overdose which was confirmed with the death report of the Instagram star. His best friend and Instagram star, Ava Louise also posted about his death on her Instagram account on Sunday and wrote he was suffering a lot from addiction. Another Internet Personality, Manny Mua also expressed her sudden grief to  Ethan’s family by posting a picture of Ethan on her Twitter account.

What was Ethan Peters famous for?

Famous as an American social media personality and make-up artist.

Where was Ethan Peters from?

Ethan Peters was born on 8th March 2003 in Texas, United States. American was his nationality. His ethnicity was White Caucasian while Pisces was his zodiac sign.

He was born in a well-to-do family in Texas. Gerald Peters is his father’s name. He was raised in his hometown. Since his childhood, he was interested in doing make-up. His parents supported him in his every decision. As a child, he was very talented and always wanted to do something new.

Ethan Peters was a talented make-up artist and he started posting his make-up tutorials in his Instagram account in 2015.

He had earned a huge fan following from his jaw-dropping make-up talent and tricks.

In his youtube channel, he used to upload his make-up tutorials videos and also used to post funny videos.

Who was Ethan Peters dating?

The Instagram star, Ethan Peters was always focused on his career than his personal life. His sexual orientation was gay. Furthermore, he was a good friend of many other Instagram stars like Ava Louise and Manny Mua. At a young age, he had achieved a lot.

What was the net worth of Ethan Peters?

The Youtuber and Instagram star, Ethan Peters had an estimated net worth of $500k as of 2020. His main source of income was from his youtube channel and Instagram.

How tall was Ethan Peters?

The 17 years aged, Ethan Peters had a fair complexion with blonde hair and a pair of black eyes. He was 5ft 8 inches tall and had a bodyweight of 58kg. He also had a tattoo just below the chest on his left side.

Our contents are created by fans, if you have any problems of Ethan Peters Net Worth, Salary, Relationship Status, Married Date, Age, Height, Ethnicity, Nationality, Weight, mail us at [email protected]