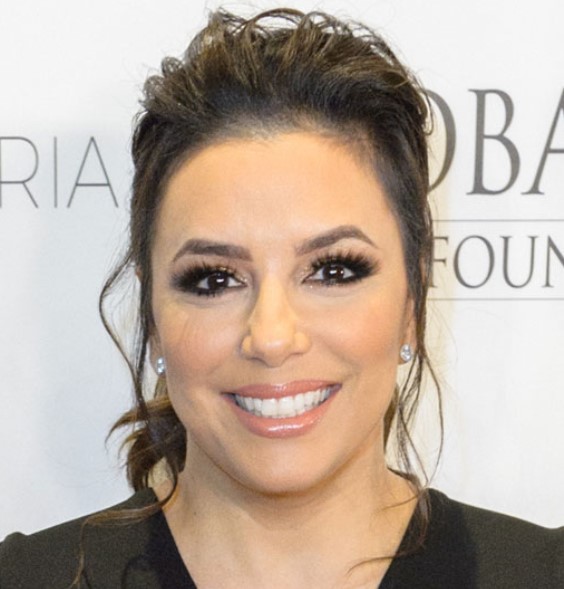 Eva Longoria is a philanthropist as well. Eva’s Heroes, a charity that aids developmentally disabled children, was founded by her in 2006.

She is also active on social media, with around 7.9 million Instagram followers @evalongoria and around 7 million Twitter followers @EvaLongoria.

What did Eva Longoria become known for?

In the ABC comedy-drama Desperate Housewives, she played Gabrielle Solis.

Her race is Hispanic and she is an American citizen. She is of Mexican descent. Pisces is her zodiac sign, and she is a Roman Catholic.

In terms of her educational background, she graduated from Marvin P. Baker Middle School after attending Roy Miller High School in Corpus Christi, Texas. She enrolled at Texas A&M University-Kingsville after high school graduation and graduated with a Bachelor of Science in kinesiology in 1998. She later enrolled at California State University, Northridge, and graduated in May 2013 with a Master’s degree in Chicano Studies.

In 1998, while pursuing her bachelor’s degree, Eva Longoria won the Miss Corpus Christi beauty pageant. She joined a talent show in Los Angeles after graduating college, where she was discovered and signed by a theatrical agent.
She made her first appearance on television in 1999, hosting the weekend destination segment of the TV show L.A. In A Day.

She appeared in an episode of Beverly Hills 90210 and General Hospital in 2000 as a guest star. The Young and the Restless, a CBS Daytime soap opera, cast her as Isabella, a mentally ill character the following year. This role brought her a lot of fame and helped her climb the corporate ladder. She also appeared in Senorita Justice, a direct-to-video film, and The Dead Will Tell, a television film.

She had her breakthrough role as Gabrielle Solis in the comedy-drama “Desperate Housewives” in 2003. Following that, she appeared in a direct-to-video film called “Carlita’s Secret.”

In 2005, she played Sylvia in the Christian Bale and Freddy Rodriguez starrer Harsh Times.

In the thriller ‘The Sentinel,’ she played Jill Marin opposite Michael Douglas and Kiefer Sutherland in 2006.
From 2005 to 2010, she was a spokeswoman for L’Oreal Paris, which she endorsed.

She voiced Arthur Christmas, an animated film, in 2011. Foodfight!, an animated adventure comedy film, was released the following year, and she voiced it.

In 2011, she released her first cookbook, Eva’s Kitchen: Cooking with Love for Family and Friends.

In 2017, she directed the third season finale of the ABC sitcom “Black-ish.” She’s also directed episodes of The Mick, LA to Vegas, and Grand Hotel on television.

She starred in the American romantic comedy film Overboard and Dog Days in 2018. Dora and the Lost City of Gold, an American adventure comedy film, was released the following year.

In 2012, President Barack Obama named Eva Longoria as one of seven Californians to the position of co-chair of his re-election campaign. Eva Longoria is passionate about immigration, speaking out against stringent anti-immigration laws and founding the Latino Victory Project in 2014 to raise funds for candidates and voter turnout efforts. She is also associated with the Coalition of Immokalee Workers. She gave a speech at the 2016 Democratic National Convention in Philadelphia on July 26, 2016. She will host the first night of the 2020 Democratic National Convention in August 2020.

Awards and Contributions of Eva Longoria

For her role in The Young and the Restless, she received an ALMA Award in the category of Outstanding Actress in a Daytime Drama in 2002.

She was nominated for a Golden Globe Award for Desperate Housewives in the category of Best Performance by an Actress in a Television Series – Musical or Comedy in 2006.

She also won the ALMA Award for ‘entertainer of the year’ in the same year.

In 2007, she received a People’s Choice Award for Desperate Housewives in the category of Favorite Female TV Star.

In 2011, she was ranked No. 14 for Most Beautiful by People, an American weekly magazine.

From June 2009 to June 2010, she was ranked No. 4 on Forbes Prime Time’s 10 Top-Earning Women list, with an estimated net worth of $12 million. She was also named the highest-paid TV actress in 2011 by Forbes magazine.

Eva Longoria is a married woman with two children. Jose Antonio Baston, a Mexican businessman, was her husband. The couple started dating in 2013, and on May 21, 2016, they tied the knot. On June 19, 2018, the couple welcomed their first child, Santiago Enrique Baston. Natalia Baston, Mariana Baston, Jose Antonio Baston Jr., and Sebastian Baston are her husband’s stepchildren from previous relationships.

Height and Weight of Eva Longoria

Eva Longoria’s net worth is estimated to be in the millions of dollars.

Eva Longoria has amassed a sizable fortune as an American actress. She served as a director and executive producer in addition to acting, which helped her earn more money. In addition, she is a professional businesswoman. She and her husband, celebrity chef Todd English, opened the restaurant Beso. She’s also starred in commercials for Diet Pepsi, L’Oreal, L’Oreal Color-Expert (France), Heineken beer, Lays Potato Chips, and other brands. She has an estimated net worth of $80 million as of 2020. Her acting career is her primary source of income.

Our contents are created by fans, if you have any problems of Eva Longoria Net Worth, Salary, Relationship Status, Married Date, Age, Height, Ethnicity, Nationality, Weight, mail us at [email protected]