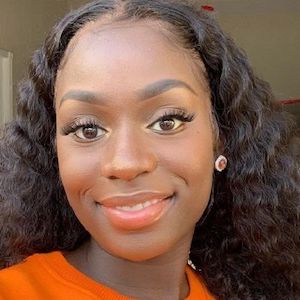 Evanie B.E.A.M SQUAD is an American YouTuber who is famous as a vlogger. She is also famous for uploading challenges videos and prank videos.

How old is Evanie B.E.A.M SQUAD?

Evanie B.E.A.M SQUAD was born on March 4, 1992, in the United States and is currently 28 years old. Her birth sign is Pisces. She hasn’t revealed her siblings or her parents yet. There is no information regarding her education as well.

She started her career on YouTube on August 11, 2015. Her first upload on the channel was ‘Boyfriend Pranks Girlfriend (She Can’t Cook!)’ which has 275K views. She then started to posts challenges and prank videos featuring her boyfriend  Billy Bentley. On September 29, 2018, she posted a video titled ‘Game Master Took The Bentley & Super Siah!!’ which has crossed 6.3 million views and is the most viewed video on her channel.

Her other popular videos on YouTube are ‘Family Freeze Dance Challenge (Loser Eats Onions!!!)’, ‘Beam Squad That One (Full Intro Song)’, ‘I Dyed Your Hair Red Prank On 4yr Old’, and ‘RETURNING CHRISTMAS GIFTS PRANK ON SON’. Her YouTube channel has now crossed 1.39 million subscribers and also has received both the YouTube Silver and Gold Play Button.

Who is Evanie B.E.A.M SQUAD Dating?

What is Evanie B.E.A.M SQUAD Net worth?

Her is net worth is around $3  million. Her primary source of income comes from YouTube.

There are currently no Rumors or Controversies concerning Evanie B.E.A.M SQUAD as she has managed to keep her profile clean.

How tall is Evanie B.E.A.M SQUAD?

She has black hair with dark brown eyes. She hasn’t revealed information on her other body measurements like height and weight.

Our contents are created by fans, if you have any problems of Evanie B.E.A.M SQUAD Net Worth, Salary, Relationship Status, Married Date, Age, Height, Ethnicity, Nationality, Weight, mail us at [email protected]