Faye Dunaway is an American actress. 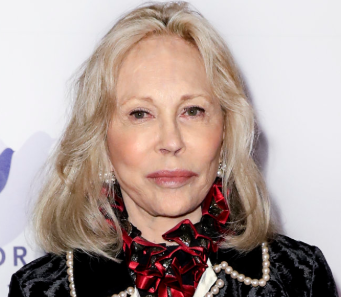 Fear is a pair of handcuffs on your soul.

You are not an extra in somebody else's film.

You can't take responsibility for everything.

Faye Dunaway is an American actress. She has won an Academy Award, three Golden Globes, a BAFTA, and an Emmy, and was the first recipient of a Leopard Club Award that honors film professionals whose work has left a mark on the collective imagination. In 2011, the government of France made her an Officer of the Order of Arts and Letters. To learn more about the actress, read below.

Faye Dunaway has been fired from a Broadway-bound play following claims about her behavior behind the scenes. The Oscar-winning actress had been starring in Tea at Five, a one-woman show in which she played Katharine Hepburn.

The run ended in Boston earlier this month and, despite mixed reviews, producers had planned its transfer to Broadway and afterward to London.

However, in a statement on Wednesday, they said: “The producers of Tea at Five announced today that they have terminated their relationship with Faye Dunaway. Plans are in development for the play to have its West End debut early next year with a new actress to play the role of Katharine Hepburn.”

The New York Post, which broke the story, likened Dunaway to the version of Joan Crawford that she played in the film Mommie Dearest, alleging that she had been abusive to the crew.

The play, by Matthew Lombardo, had a three-week run in which a number of audience members noted that Ms. Dunaway, 78, stumbled over her lines, according to reviews and theatre message boards. A production on July 10 was canceled for unspecified reasons.

Actress Faye Dunaway lounges by a pool in a long gown, surrounded by newspapers and her Oscar award

Miss Dunaway was not available for comment Thursday. Paul Pearson, who is listed as her UK theatrical agent, said he had no knowledge of the allegations but “with certain artists, there is always more drama off-stage than on, which is unfortunate”. Tony Cloer, her US agent, said he had “discontinued working with Ms. Dunaway in April of this year”.

It is not the first time that the actress has been abruptly dropped from production. In 1994, Andrew Lloyd Webber closed down a run of Sunset Boulevard in Los Angeles with an announcement that Miss Dunaway was unable to sing the part of Norma Desmond.

The closure was “to protect all concerned – including the ticket-buying public – from an embarrassment,” the producers said at the time. The actress promptly sued Lloyd Webber for £4 million and the case was later settled out of court, with the impresario saying: “I hope our paths cross one day in happier circumstances.”

Tea at Five writers Lombardo said only last month that he was thrilled to have cast a Hollywood icon. At their first meeting to discuss the role, the actress turned up to the restaurant dressed as Hepburn.

He said that Miss Dunaway had been “wonderful” to work with during early rehearsals, adding: “Faye goes really, really deep with that character. She is extremely smart, highly intellectual; what she brings to this process is invaluable.”

Who are the parents of Faye Dunaway?

Recalling her early life, Born as Dorothy Faye Dunaway on a farm in Bascom, Florida. Her nationality is American and her ethnicity is mixed (Scots-Irish, English, and German). She was born to parents, Grace April who was a housewife, and John MacDowell Dunaway Jr. who was a non-commissioned officer in the United States Army. Her brother’s name is MacDowell Dunaway.

Regarding her education, She studied at Florida State University and later graduated with a degree in theater from Boston University. She took dance classes, tap, piano, and singing as well. Similarly, Dunaway joined acting classes at the American National Theatre and Academy where she was spotted by Lloyd Richards and recommended to director Elia Kazan who was in search of young talent.

When did Faye Dunaway pursue her acting career?

What are the achievements of Faye Dunaway?

Throughout her long acting career, Faye Dunaway has won nearly two dozen awards and has been nominated for nearly three dozen others. Some of her most prestigious awards are listed below.

Is Faye Dunaway married or not?

Although Dunaway’s career took on a successful path her love life couldn’t do so. She was always in and out of a relationship. Previously, she had an encounter with Lenny Bruce in 1963 and Robert Altman.

Dunaway has been married twice in her lifetime. She married a lead singer of the J. Geils band, Peter Wolf in 1974 but her married relation couldn’t last long and they got separated in 1979.

After then she married Terry O’Neil in 1982 and separated in 1987. While she was married to Terry the couple was blessed with one child, Liam. Currently, she is found to be single.

What is Faye Dunaway’s net worth?

As per various online sources, Faye assumed a lot of money from her acting career. Although her salary has not been disclosed, her net worth is said to be $40 million at present. The main income source of Dunaway is her acting career.

How tall is Faye Dunaway?

Observing her body physics, Faye has a good height of 5 feet 7 inches with a bodyweight of 58kg. He has blonde hair color and his eye color is brown. Her body measures 36-24-34 inches and her bra size is 34C. Her shoe size is 10(US) and her dress size is 7 (US).

Our contents are created by fans, if you have any problems of Faye Dunaway Net Worth, Salary, Relationship Status, Married Date, Age, Height, Ethnicity, Nationality, Weight, mail us at [email protected]