Felicite Tomlinson was an English model and a social media influencer. 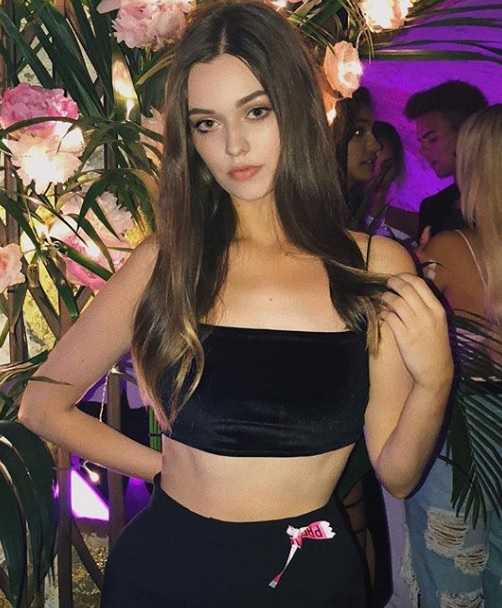 Felicite Tomlinson was an English model and a social media influencer. She was also an aspiring fashion designer. She was popular as the younger sister of Louis Tomlinson, an English singer, songwriter, and the member of popular boy band, One Direction. Besides, she was an Instagram star and had over 1.4 million followers on her Instagram.

She died of reported heart attack at the age of 18 on 13 March 2019 as she was found dead in Earl’s Court, London, in the United Kingdom.

Felicite Tomlinson, a popular social media influencer and an aspiring model, was found dead at her apartment in Earl’s Court in London on 13 March 2019. She was only 18 years old. She was the half-sister of popular English singer, songwriter, and member of One Direction, Louis Tomlinson.

She collapsed after a suspected heart attack. Someone with her called emergency service 999 and ambulance responded. Paramedics on the scene pronounced her dead at the scene.

Her death is being treated as unexplained by police. Thus, a post-mortem examination will be performed to find the cause of her death.

Her brother has canceled his appearance on Friday night’s Comic Relief.

Felicite Tomlinson was born on 16 August 2000. She was born to a father Mark Tomlinson, and a mother, Johannah Deakin. She belonged to White ethnicity. Her birthplace is in England. She held English nationality. Her zodiac sign was Leo. She had 5 siblings, Daisy, Ernest, Phoebe, and Charlotte, two-half siblings, Louis and Georgia. Daisy and Phoebe are twins. Her half-brother Louis Tomlinson is an English singer, songwriter, and was the member of popular boy band, One Direction. She grew up in Doncaster, England. She was a high school student.

She once appeared on YouTube video titled, ‘TATT CHAT #005 – Felicite Tomlinson’ by Tatt Chat, where she was seen getting a tattoo.

Who was Felicite Tomlinson Dating?

She was unmarried. She was very young. She might have been in a relationship. No rumors regarding her relationship had ever surfaced. She revealed in October 2018 that she had been suffering from sciatica, an extreme back pain caused by the irritation of a nerve.

What were Felicite Tomlinson’s Body Measurements?

Felicite Tomlinson had a slim body build. She was beautiful and had maintained her body well. She had a reported weight of 121 lbs i.e. 55 kg. Her other body measurements are currently unavailable. She had blue eyes and her hair color was dark brown.

When did Felicite Tomlinson Die?

Felicite Tomlinson was found dead at her apartment in Earl’s Court in London on 13 March 2019. She was only 18 years old when she died.

What was Felicite Tomlinson’s Net Worth?

She was an aspiring model yet to establish herself in the modeling industry. Her net worth is currently unavailable.

Our contents are created by fans, if you have any problems of Felicite Tomlinson Net Worth, Salary, Relationship Status, Married Date, Age, Height, Ethnicity, Nationality, Weight, mail us at [email protected]