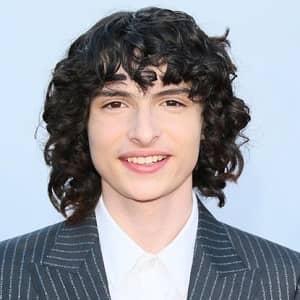 Finn Wolfhard is a Canadian actor and musician. He is best known for his work as Mike Wheeler in the popular Netflix series, Stranger Things and Richie Tozier in Stephen King’s ‘It’. Some of his other acting roles include The Goldfinch (2019), The Addams Family (2019), and Ghostbusters: Afterlife (2021).

How old is Finn Wolfhard?

Finn Wolfhard was born in Vancouver, Canada, on December 23, 2002. As of 2020, his age is 17. He was born to parents Eric Wolfhard (father) and Mary Jolivet (mother). His father is a researcher on aboriginal land claims. He is the youngest of his parents’ two children and has an elder brother named Nick Wolfhard who is also an actor.

Wolfhard spent his childhood days in Vancouver. His ethnicity is French, German, and Jewish.

After getting inspired to become an actor someday by watching ‘Spider-Man’, Finn Wolfhard’s debut as an actor came in the 2013 film, ‘Aftermath’. The same year, he appeared in another film titled, ‘The Resurrection’. His performance in the movie caught the attention of many fans and critics and earned him guest roles in prime time TV series, ‘The 100’ as Zoran and ‘The Supernatural’ as Jordie Pinsky.

Although he had done some movies and shows before, it was in 2016 when he established himself as a talented and world-renowned young actor with the 2016 TV series, ‘Stranger Things’. He starred alongside Millie Bobby Brown, Noah Schnapp, etc and along with his castmates, he won a SAG Award for Outstanding Performance by an Ensemble in a Drama Series for their performances in the show. It became a worldwide hit and one of the most popular Netflix shows of all-time.

Wolfhard made his big-screen debut portraying the character of Richie Tozier in the film adaptation of Stephen King’s ‘It’, released on September 8, 2017. His performance as Trashmouth, part of the Losers Club was a memorable one. The movie premiered to critical acclaim and box-office success breaking opening weekend box office records in its debut and becoming the highest-grossing horror movie ever. The cast received the Best On-Screen Team award at the 2018 MTV Movie & TV Awards.

He has also starred in ‘Dog Days’ alongside Vanessa Hudgens and Nina Dobrev and voiced a character in the Netflix animated series, ‘Carmen Sandiego’. As a voice actor, he has also worked in ‘JJ Villard’s Fairy Tales’ and ‘Smiling Friends’.

In 2019, he co-starred in three movies. He reprised his role as Richie in the sequel, ‘It: Chapter Two’ and ‘The Goldfinch’, an adaptation of the New York Times best-selling novel. Moreover, he also portrayed the role of Young Boris and voiced the character, Pugsley Addams, in ‘The Addams Family’ and ‘Carmen Sandiego’.

In March 2021, he is set to star with Carrie Coon in ‘Ghostbusters: Afterlife’ as the son of Coon’s single mother.

What is the Net Worth of Finn Wolfhard?

Finn Wolfhard has an estimated net worth of around $3 million as of 2020. Still in his mid-teens, he has earned a very good amount of money and is one of the highest-paid child actors on television. He earns around $250k per episode which totals $2 million from the third season of Stranger Things.

How tall is Finn Wolfhard?

Wolfhard stands at a height of 5 feet 8 inches and weighs around 53 kg. His hair color is black and his eyes are dark brown in color.

Is Finn Wolfhard dating anyone?

As of 2020, Finn Wolfhard is single and not dating anyone. He is more focused on his career and has not revealed anything about his previous relationships. There were rumors that he and his on-screen girlfriend, Millie Bobby Brown are dating but they have publicly denied these rumors.

Our contents are created by fans, if you have any problems of Finn Wolfhard Net Worth, Salary, Relationship Status, Married Date, Age, Height, Ethnicity, Nationality, Weight, mail us at [email protected]