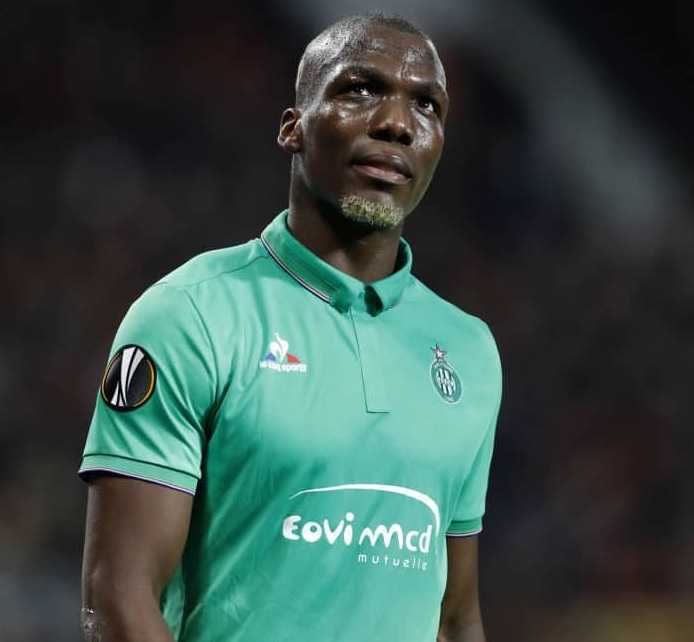 Peile Florentin Pogba, professionally known as Florentin Pogba is a Guinean professional football player. He plays as a defender. He started his football career from the French club Sedan in 2010. He later played for Saint-Etienne, Genclerbirligi, and Atlanta United. He represented France U20 national team. He later played for Guinea national team.

What is Florentin Pogba Famous For?

Won 2019 US Open Cup and Campeones Cup with Atlanta United.

Where was Florentin Pogba Born?

Florentin Pogba was born on 19 August 1990. His birth name is Peile Florentin Pogba. His birth place is in Conakry in Guinea. He holds Guinean nationality. He also holds French nationality as well. He was born to Guinean parents, Fassou Antoine Pogba, and a mother, Yeo Pogba.

His family moved to France when he was 8 months old. He has a twin brother, Mathias, and a younger brother, Paul.

He later joined the youth system of Spanish club Celta Vigo in 2007.

He spent 2 seasons in the club’s youth ranks.

He then joined the French club Sedan in 2009.

He spent a season with Sedan’s reserve team.

He signed his first professional contract with Sedan in March 2010.

He made his professional debut against FC Steinsaltz in the Couple de France in November 2010.

He made his league debut against Boulogne in February 2011.

He scored his debut goal for Sedan against Troyes in September 2011.

Sedan transferred Pogba to AS Saint-Etienne for 500,000 Euro during the summer transfer window in 2012.

He was then immediately loaned back to Sedan for the remainder of the 2012-13 season.

He returned to Saint-Etienne following the end of the 2012-13 season.

He scored his first goal for the club against Montpellier HSC in December 2012.

He was transferred to Turkish club Genclerbirligi in January 2018. He had signed a short-term contract with the club.

Pogba was involved in a confrontation with teammates during a crucial game against Antalyaspor on 6 May 2018. His club was fighting to avoid relegation and was losing 0-1. Pogba limped off the pitch and took his shirt off in the 88th minute. His club’s captain, Ahmet Oguz confronted Pogba. His teammate and staff were forced o separate the duo.

Upon the expiry of his contract, Pogba became a free agent.

He failed to sign a contract with the Spanish Segunda Division club Elche in January 2019.

He then signed a contract with MLS club Atlanta United FC in February 2019.

He made Atlanta United debut against Vancouver Whitecaps in May 2019.

He helped the club to win Campeones Cup and US Open Cup in 2019.

The club declined his contract extension at the club in November 2019.

He then became a free agent.

Pogba made his senior international debut for Guinea in a friendly match against Mali in August 2010.

Eligible to play for France as well, He represented France U20 team at the 2011 Toulon Tournament. France lost to Colombia on penalties in the final.

Pogba pledged his international future to Guinea in March 2013.

He played his first competitive game for Guinea against Mozambique in the 2014 World Cup qualifiers.

He represented the Guinean national team at the 2015 Africa Cup of Nations.

Who is Florentin Pogba married to?

Florentin Pogba is a married man. He is married to Sarita. The couple tied a knot to each other on 13 December 2019.

How tall is Florentin Pogba?

What is Florentin Pogba Net Worth?

Florentin Pogba earns from his professional football career. He has played for several clubs to date. His income comes from contracts and salaries. His salary and net worth will be updated soon.

Our contents are created by fans, if you have any problems of Florentin Pogba Net Worth, Salary, Relationship Status, Married Date, Age, Height, Ethnicity, Nationality, Weight, mail us at [email protected]