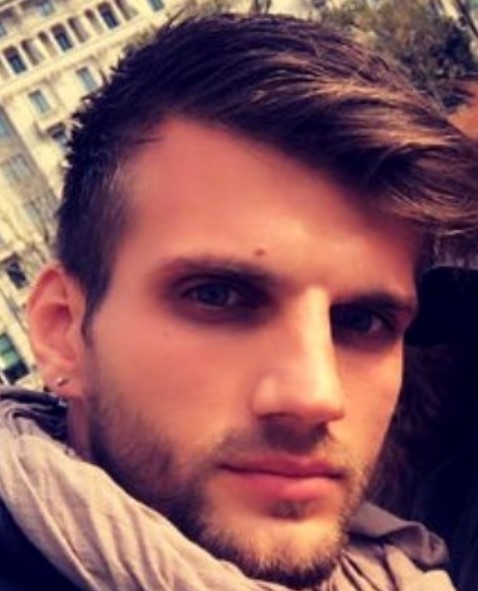 Florian Sukaj is an Albanian fitness influencer and model who is well-known as the fiance of Stacey Silva. Sukaj got his popularity after his appearance on the popular TLC reality show, “Darcey and Stacey” and “90 Day Fiance” in 2020. Sukaj, 29, and Silva, 44 have been dating for over 5 years and are planning to get married despite their age gap of 15 years. However, he came on the news for cheating on Silva with model Shanti Zohra.

He’s still popular on social media, with over 22k Instagram followers under the handle @floriansukaj.

What is Florian Sukaj’s most well-known achievement?

He is well-known for being Stacey Silva’s fiance.

Florian Sukaj was born in Albania in 1994. Florian Sukaj is his given name. Albanian is his nationality. Sukaj is a member of the White ethnic group.

He was born and raised in his hometown, where he graduated from high school but never attended college and has no formal education. He was interested in modeling and wanted to try it as a career.

On August 16, 2020, Florian Sukaj made his first appearance on the iconic reality show “Darcey and Stacey,” which aired on TLC. Sukaj has played the long-term boyfriend and fiance of Stacey Silva, a successful reality star. His presence could trigger a lot of twists in the show and the lives of Darcey and Stacey, the twin sisters. In the first episode, Stacey confessed to falling hard for Sukaj based solely on his appearance and body style.

Along with his long-term girlfriend, Stacey Silva, Florian appears as a contestant on the popular reality show “90 Day Fiance.” He is in the United States on a k-1 visa and is on the verge of marrying Stacey on the show within 90 days. He has also served as a model and is a fitness influencer.

Stacey Silva is Florian Sukaj’s new fiancée. Silva is a well-known American actress who, along with her twin sister Darcey Silva, appeared on “Darcey and Stacey.” About 2016, the pair met on social media platforms after she saw his posts and photos and thought he was very attractive.

They started chatting with each other shortly after and spent over 6 months online before meeting in person. She traveled to Albania to meet Sukaj, and they were making love within 10 days of her arrival, at which point he proposed marriage while they were making love. In May 2019, “In Touch” announced their engagement, and they have now been together for over 5 years.

However, their relationship hasn’t been as smooth as we thought, as Silva deleted all of their couple images from her Instagram and unfollowed Sukaj in October 2019 after discovering that he was cheating on her with Shanti Zohra. They did, however, fix the problems, as Sukaj shared a photo of them kissing in December 2019, but there is still work to be done. Both of them have kept their accounts secret as of August 2020.

What is Florian Sukaj’s net worth?

Florian Sukaj’s earnings as a model are very impressive. However, since his debut as a reality star, he has amassed a sizable fortune. He’s got to be worth at least $100,000.

What is Florian Sukaj’s height?

Florian Sukaj is a handsome man in his late twenties. He has a well-maintained athletic body physique, which helped him win Stacey Silva’s heart. With a height of 5ft. 10inch and a body weight of 75kg, he is a tall guy.

Our contents are created by fans, if you have any problems of Florian Sukaj Net Worth, Salary, Relationship Status, Married Date, Age, Height, Ethnicity, Nationality, Weight, mail us at [email protected]