Francesca Hayward is a Kenyan-born English ballet dancer and actress 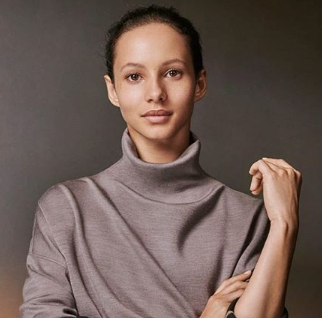 Finding ways to unwind and switch off is just as important as working very hard.

I sew my own shoes - I don't trust anyone else to sew the ribbons exactly how I like them.

I didn't expect to be so tired sometimes on stage. ...

Francesca Hayward is an award-winning English ballerina serving as a principal dancer in the Royal Ballet at Covent Garden in London. She is best recognized for playing both the Sugar Plum Fairy and Clara in The Royal Ballet’s Nutcracker. She has performed a number of major roles for the company, including Clara in The Nutcracker, Aurora in Sleeping Beauty, and the title role in Giselle. She was inspired to start ballet lessons when she watched a video of The Nutcracker at the age of 2: a BBC documentary followed her in rehearsals for her debut as the Sugar Plum Fairy in 2016.

The trailer for the new film adaptation of Cats came out yesterday, and people were more than a little confused by the CGI

Some people claimed it had given them nightmares, while others set it to the soundtrack of stalker show Us as they thought it was so frightening to look at. Although even Furries find the whole thing a little weird, it can’t be denied that the songs and cast are world-class.

For example, the stars in the film include Dame Judi Dench, Ian McKellen, Taylor Swift, and even Jason Derulo. One face that features prominently in the new trailer is someone you may not recognize, though. Her name is Francesca Hayward. The Royal Ballet dancer plays shy white cat Victoria in the film, which is a pivotal role.

Cats are Francesca’s film debut, but the amount of performing she’s done means that she’ll likely be used to the limelight. She took some time off from the Royal Ballet to film Cats but is now back with her tutu on (likely before the junkets and publicity begin for cats).

Where is the birthplace of Francesca Hayward?

Recalling her early life, Francesca Hayward was born in Nairobi, Kenya, the daughter of an English father and Kenyan mother. At the age of two, she moved to Worthing in West Sussex to live with her grandparents, where she gained her passion for ballet.

When she was young, she danced at Le Serve School of Ballet and Theatre Dance in Worthing until her teacher encouraged her to audition for White Lodge, the junior section of the Royal Ballet School. After being a Junior Associate from the age of nine, she entered the School at the age of 11 in 2003 and progressed to the Royal Ballet Upper School in 2008.

When did Francesca Hayward pursue an acting and dancing career?

Does Francesca Hayward honor with the awards?

At the 2016 Critics Circle Awards, Francesa managed to come out with a Grishko Award for Best Female Dancer and the Best Emerging Artist award. In 2010 at the Genee International Ballet Competition, she took home the silver medal and Audience Choice Award. That same year, she also got the 2010 Young British Dancer Award of the Year Award. Lastly, she won the 2009 Lynn Seymour Award for Expressive Dance while still a student at the Royal Ballet Academy.

Does Francesca Hayward was dating someone?

Reflecting on her personal life, Hayward is an unmarried woman. There is no information available on the internet regarding her present/past affairs and relationship. She is a quite secretive person, she does not like to share her personal information on media. At present, she is busy in her career to making the future bright.

How much net worth is Francesca Hayward?

As per various online sources, Hayward’s assumed a lot of money for, her acting career. Her estimated net worth said to be $7 million at present. However, her salary is yet to be disclosed.

How tall is Francesca Hayward?

Observing her body physics, Francesca stands a height of 5 feet 2 inches and weighs around 120 lbs. She has a pair of hazel eyes and black hair color. Her other body information is yet to be disclosed. In the case of disclosure, we will let you know.

Our contents are created by fans, if you have any problems of Francesca Hayward Net Worth, Salary, Relationship Status, Married Date, Age, Height, Ethnicity, Nationality, Weight, mail us at [email protected] 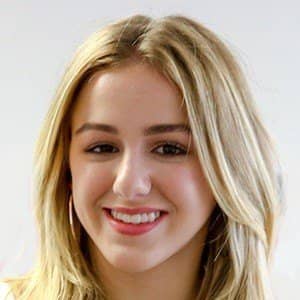