Marvin William Bailey, known professionally as Fredo, is a British rapper, singer and songwriter from Queen's Park, London. He had a UK number-one single in 2018, with fellow rapper Dave, called "Funky Friday". 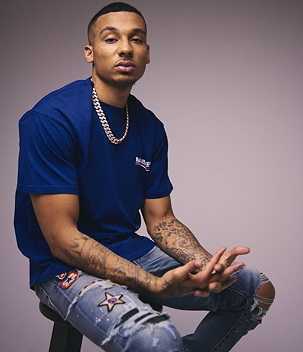 Marvin William Bailey, popularly known as Fredo is a British rapper. He is best known for his single “Funky Friday” with Dave, which reached the UK number-one single in 2018.

What is Fredo Famous For?

Where was Fredo Born?

Fredo was born on 6 March 1994. His birth name is Marvin William Bailey. His birthplace is in Queen’s Park, London in England. He holds British nationality. Information about his parents and siblings is not available at present. He grew up in violent surroundings, which he refers to it as bad stuff.

He released his debut mixtape, Get Rich or Gets Recalled in March 2017. The mixtape reached number 77 on the UK chart.

He released his second mixtape, Tables Turn in February 2018. The mixtape reached number 5 on the UK chart.

His single “Funky Friday” reached number one in the UK top chart.

He released his debut album, Third Avenue in February 2019. His debut album reached number 5 in the UK chart.

He is signed to Since 93 and RCA records.

He was also a guest artist on songs of several artists.

Who is Fredo Dating?

He has maintained a low profile regarding his personal life. No official information about his relationship status available at present. Any sort of development in his personal life will be updated soon.

How tall is Fredo?

Fredo has black hair and dark brown eyes. His body measurements will be updated soon.

How Much is Fredo Worth?

Fredo earns from his career in the music industry. Best known for his single, “Funky Friday”, he has several other charted songs. His income comes from record sales, contracts, and concerts. His net worth is estimated at $2 million.

Our contents are created by fans, if you have any problems of Fredo Net Worth, Salary, Relationship Status, Married Date, Age, Height, Ethnicity, Nationality, Weight, mail us at [email protected]