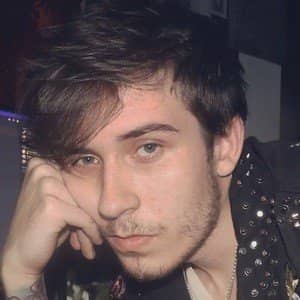 Gaege Gibson is a popular American social media personality. Additionally, he introduces himself as a VR Youtuber who focuses his content mostly on animated virtual reality videos. He also shares his work on his YouTube channel “Juicy”.

Where is Gaege Gibson from?

Gaege Gibson was born on October 18, 1998, in the United States of America. He holds an American nationality and Caucasian ethnicity and is currently 22 years old. Unfortunately, there is no information about Gaege’s family and siblings. Also, he has not revealed his educational qualification, Gaege might be a university student unless he decided to take a break or discontinue his studies to focus on his career at a young age.

How did Gaege Gibson rise to stardom?

Gibson is a social media personality. Additionally, his channel was formerly JuicyFruitSnacks. Also, his comedic videos have earned him over 1.91 million subscribers. Moreover, Gaege also launched his YouTube account in November of 2019.

Besides that, Gibson is a gaming YouTuber and he frequently collaborates with several Youtubers like Mully, JoshDub, Your Narrator, and EddieVR. The above mentioned Youtube personalities along with Gaege Gibson, make up “The Boys”. Eventually, Gaege has also collaborated with other YouTubers including Crayator and SwaggerSouls.

Similarly, Gaege’s Youtube videos are various skits done in virtual reality games such as Pavlov VR and VR Chat.  Likewise, Gaege rose to fame as he was getting frequently featured in JoshDub’s videos.

Then, he also started posting his own videos with Josh and others. Besides that, Gaege is part of a gang called, “The Green Gang” and “The Boys.” “The Boys” are a collaborative group who often makes videos together in various VR games. Whereas, this group is based in Australia and the United States.

What is Gaege Gibson’s Net Worth?

Gaege has not revealed his net worth and salary. He is living happily with his good fortune. Also, he adds money from additional promotions, endorsements, etc.

How tall is Gaege Gibson?

He has brown hair and eyes. But, Gaege’s height, weight, shoe sizes are disclosed.

Is Gaege Gibson dating anybody?

Gaege Gibson is currently single. Moreover, he is maintaining his privacy and keeping his relationship status and love affairs hidden from the public.

Gibson has over 70.5 million views alongside 1.96 million subscribers. He has 82 posts shares and over 310K followers as of October 2020.

His Twitter username is @JuicyFruityyy. He created it in January 2013 and so far has over 30.8K followers on this account. Moreover, he is also active on Tiktok and has over 1.5 million followers and more than 11.9 million likes.

Our contents are created by fans, if you have any problems of Gaege Gibson Net Worth, Salary, Relationship Status, Married Date, Age, Height, Ethnicity, Nationality, Weight, mail us at [email protected]