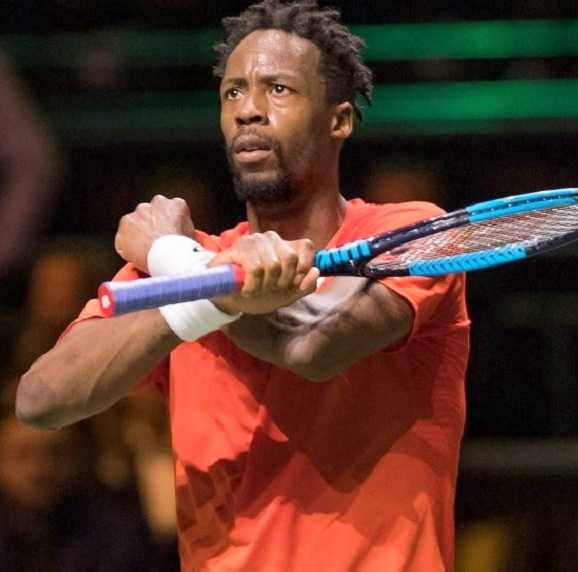 Gael Monfils is a French professional tennis player who reached a career-high ATP world No. 6 singles ranking on November 7, 2016. Monfils was named the ATP Newcomer of the Year in 2005. All over, Monfils has won eight ATP World Tour singles titles in his tennis career. Currently, Monfils is no. 2 Frenchman and no. 10 single male players in Europe.

Matteo Berrettini edged a thrilling five-set match against Gael Monfils to reach a first Grand Slam semi-final at the US Open. In a gripping conclusion, the 23-year-old squandered four match points but held his nerve in a dramatic tie-break. He eventually won 3-6 6-3 6-2 3-6 7-6 (7-5) in three hours and 57 minutes. The Italian will play three-time champion Rafael Nadal for a place in Sunday’s final after the Spaniard beat Diego Schwartzman 6-4 7-5 6-2. “Right now I don’t remember any points, just the match point,” Berrettini said. “What a great fight. I think it was one of the best matches I maybe ever saw – I was playing, but I also saw. I’m really proud of myself.” Monfils, 33, had gone a set and a break up as his bid to reach a first US Open semi-final since 2016 got off to the perfect start on Arthur Ashe Stadium. Initially unable to settle, Berrettini gained in confidence and battled back to win 12 of the next 16 games and move a set from victory with Monfils looking increasingly fatigued. The momentum flipped again in the fourth set as Monfils summoned the nerve to seize a fifth break point opportunity at 2-1 up – the single break of serve enough to ensure the match would go the distance. In keeping with the flow of the contest, the pair exchanged breaks early in the fifth set – but it was the Italian who appeared to have mustered a final push for victory when he broke to love for a 4-2 lead.

Monfils Got Defeated By Italy’s Matteo Berrettini in the US-Open qualifying Round!

Recently, on September 4, 2019, the 13th-seeded famous tennis player, Gael Monfils got scraped past by Italy’s player, Matteo Berrettini in a 5-st thriller held at Arthur Ashe Stadium on Wednesday.  After the winning match, Matteo became the first Italian in past 42 years to qualify for a US Open semi-final ever.

What is Gael Monfils Famous for?

Gael Monfils was born on September 1, 1986, in Paris, France. His birth name is Gaël Sébastien Monfils. His nationality is French. Monfils is of French-Caribbean heritage. Virgo is his zodiac sign.

Monfils was born to Rubin Monfils(father) and Sylvette Caresse(mother). His father is a former football player while his mother is a nurse.

Gael was raised along with his younger brother, Daryl Monfils who is also a tennis player. Both of the brothers have played doubles together in the 20112 Open Sud de France.

Before he came to fame, he was a teen track star, winning the U13 and U14 French 100m Championships.

How far Has Monfils Gone in his Professional Career As A Tennis Player?

Monfils is in a relationship with Elina Svitolina. Elina is a Ukrainian tennis player. The couple confirmed dating each other at the Australian Open in January 2019.  They are having a great time together though they don’t have any children.

Prior to his personal life, Monfils considers Arthur Ashe as his favorite player. He is fond of listening to music, particularly R&B and is interested in basketball as well.

Monfils is a huge fan of the NBA’s Denver Nuggets and Carmelo Anthony is his favorite basketball player.

How much does Gael Monfils Worth?

The 33 aged tennis player, Monfils has an estimated net worth of $10 million. With the hard work that Monfils has put in his career, he has managed to amass around $16 million dollars as his prize money to date.

Monfils is one of the famous tennis players, who have a great personality with a great worth of living.

Monfils add furthermore amount in his worth through his several endorsement deals that include: “Nike”, “K-Swiss”, “ASICS”, “Head”, “Prince”, “Wilson”. Currently, his string choice is the Luxilon Big Banger ALU Power, 16L String.

How tall is Gael Monfils?

Keeping in consideration to Monfils’s regular workout, he has managed to get a well maintained athletic body physique. Monfils has a great height as he stands tall with a height of 6ft. 4inches.(1.93m).

Monfils has a bodyweight of around 80kg(176 lbs). Furthermore, he has his chest of 41, an arm of 16 and biceps of 32. Talking about his looks, he has a dark complexion with black hair and dark brown eyes.

Our contents are created by fans, if you have any problems of Gael Monfils Net Worth, Salary, Relationship Status, Married Date, Age, Height, Ethnicity, Nationality, Weight, mail us at [email protected]