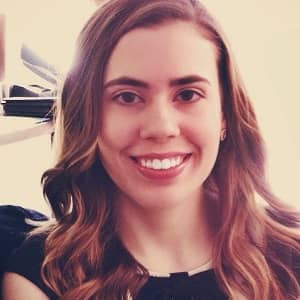 Jennifer Flagg or commonly called GamingWithJen is a young Gamer and Vlogging YouTuber from America. She publishes videos to her GamingWithJen channel where she covers how she manages to win every game, however difficult it may be.

Where is Jennifer Flagg from?

Jennifer Flagg was born on October 28, 1990, and is from Connecticut, USA. She is American by nationality and is currently 30 years old. Talking about her family, her parents were divorced when she was very young with she not remember them being together.

And she is also the only child of her mom and dad. Moreover, she has a stepsister and a stepbrother from her dad’s new marriage. Her older step-brother is named John and as they were not very close to each other as they grew up.

How did Jennifer start her journey as a YouTuber?

It was the date 27 November 2012 when Jennifer Flagg created her YouTube channel and posted some Minecraft videos. According to her, she wasn’t as successful in the beginning as she is today. She mentions posting more difficult levels of gaming videos while managing to win most of them skillfully as the days passed.

The number of followers and viewers increased as the difficulty level increased. Jennifer usually posts videos about Minecraft mods, maps, and customs games with her ex-husband Pat.

Jen and Pat’s fun and competitive nature while gaming against each other is what made her videos go viral and interesting to watch. However, Jen and Pat are no longer together but still are good friends and collaborate together.

Who is Jennifer dating?

As of the year 2020, the relationship status of Jennifer Flagg is single and is not dating anyone officially. In the past, Jennifer was bonded with Patrick Brown in a married relationship. Patrick is a famous YouTuber himself and is the owner of the YouTube channel “PopularMMOs“.

The two dated for a couple of years before getting engaged to one another. Following the next year, the couple announced their marriage by uploading a video titled, “We Got Married.” However, in 2019 they uploaded another video with the title “We are breaking up”.

As of now, the ex-couple is happy right now and are good friends with each other. The two occasionally appear in one another’s YouTube videos too. According to one of Patrick’s YouTube videos, Jennifer mentioned dating someone whom she wants to keep it a secret.

How much net worth does Jen hold?

Referring to Jennifer Flagg aka GamingwithJen’s net worth and earnings, she has an estimated net worth of about $4 million. It is known that she is a celebrated gamer and a YouTuber who makes the most earning from YouTube. According to several media sources, her yearly income from YouTube Channel is estimated between $74.9K – $1.2M.

How tall is Jennifer Flagg?

Physically, the YouTube star stands tall at a decent height of 5 feet 6 inches and her body weighs about 54 kilograms. While there is no information about her other body measurements like chest-waist-hip inches, her body features brown hair as well as a pair of brown eyes.

Our contents are created by fans, if you have any problems of Gamingwithjen Net Worth, Salary, Relationship Status, Married Date, Age, Height, Ethnicity, Nationality, Weight, mail us at [email protected]