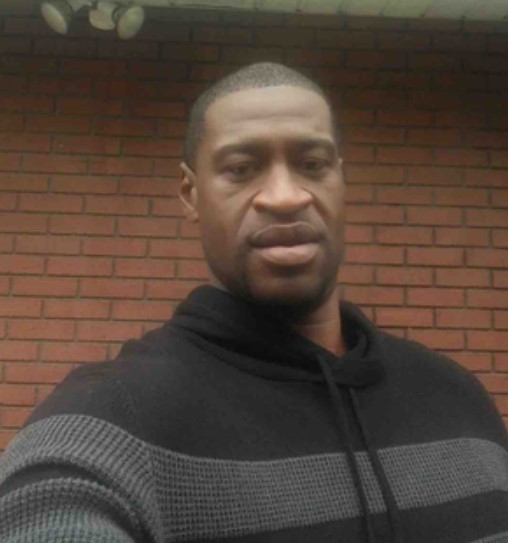 George Floyd was an African-American civilian whose wrongful death due to police brutality created a wave of protests around the world. Floyd died on 25 May 2020 when a police officer used excessive force to arrest him in Minneapolis, Minnesota. Following his death, the protest started in Minneapolis, eventually across the United States and internationally. The Black Lives Matter movement became global. Numerous actors, actresses, players, politicians, activists across the world supported/spoke or participated in the movement.

All the four police officers involved were charged for the death of Floyd.

What is George Floyd Famous For?

Where was George Floyd Born?

George Floyd was born on 14 October 1973. His birth name was George Perry Floyd Jr. His birth place was in Fayetteville, North Carolina in the United States. He held an American nationality. He was born to a father, George Perry Floyd Sr., and a mother Larcenia “Cissy” Jones Floyd. He had 6 siblings. He belonged to African-American ethnicity. He grew up in Cuney Homes in the Third Ward of Houston, Texas. His parents separated when he was only 2 years old. He was nicknamed Big Foot as he was 6 feet tall in middle school.

Regarding his educational background, he attended Yates High School. At Yates, he played basketball (as a power forward) and football (as a tight end). He was the co-captain of the basketball team in tenth grade. He led the Yates football team to the Texas state championships in 1992. He graduated from high school in 1993. Following his high school graduation, he received a football scholarship from South Florida Community College. He played football and basketball there before transferring to Texas A&M University-Kingsville in 1995. He played basketball at Texas A&M. However, he did not complete his college.

How Did George Floyd Die?

George Floyd was arrested on 25 May 2020 on a charge of passing a counterfeit $20 bill, while buying cigarettes at a grocery store in the Powderhorn Park neighborhood of Minneapolis. The store clerk called the police. One of the police, Derek Chauvin used excessive force, pressing Floyd’s neck with his knee for nearly 9 minutes during the arrest. Floyd was handcuffed faced down in the street. Chauvin kept his knee on Floyd’s neck until the emergency medical care and put him on a stretcher. He was already motionless/unresponsive before the medical team arrived. He had repeatedly said, “Please, I can’t breathe” and “Don’t kill me”. The police officers on the scene did not care. He had died on the scene.

The official autopsy classified Floyd’s death as a homicide. The second autopsy commissioned by Floyd’s family concluded mechanical asphyxia as the cause of Floyd’s death.

The video taken by bystanders of Floyd’s arrest went viral on social media. Police stated that Floyd resisted the arrest. However, several videos taken by bystanders showed no resistance from Floyd. Protests against police brutality started in Minneapolis on 26th May. The protests eventually developed across the United States and internationally as well as the Black Lives Matter movement.

Several memorials were conducted for Floyd. He was buried next to his mother in Pearland, Texas.

All the four officers on the scene, Derek Chauvin, Tou Thao, J. Alexander Kueng, and Thomas K. Lane were fired on 26th May. Chauvin was arrested on 29 May and was initially charged with third-degree murder. Chauvin became the first white officer in Minnesota to be charged for the death of a black civilian.

Who was George Floyd Married to?

George Floyd was not married. He had 5 children, 2 daughters, and 3 sons. H also had 2 grandchildren.

How Tall was George Floyd?

George Floyd stood at a height of 1.93 m i.e. 6 feet and 4 inches tall. He had a body weight of 101 lbs. He had an athletic body build. He had dark brown eyes and his hair color was black.

Our contents are created by fans, if you have any problems of George Floyd Net Worth, Salary, Relationship Status, Married Date, Age, Height, Ethnicity, Nationality, Weight, mail us at [email protected]