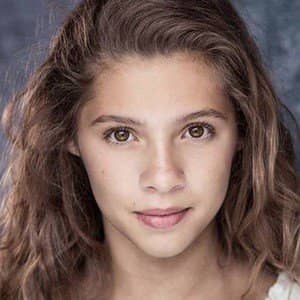 Georgia Pemberton is an English actress. She is famous for her portrayal of Fiona in Miss Peregrine’s Home for Peculiar Children (2016). Moreover, she is also known for her works in the West End’s production of Matilda the Musical, Unchained (2014) and BBC Children In Need (2013).

How old is Georgia Pemberton?

Georgia Pemberton was born as Georgia Ivy Pemberton on November 24, 2003, in Kingston upon Thames, Surrey, England. As of 2020, her age is 16. She has not revealed the names of her parents, siblings, and other family members.

Pemberton currently lives in London with her family. Her ethnicity is English.

How did Georgia pursue her career?

While she was just 10 years old, Georgia made an appearance in the TV show, ‘William and Mary’. In 2013, Georgia starred in the TV special, ‘BBC Children in Need 2013’ as Matilda. Some of the other stars in the show included James Artur and Harry Styles.

A year later, she made her film debut in the short film, ‘Unchained’ as Becca. The short film is the story of a mentally unstable mother who inherits her old auntie’s house. However, her fragility leads to her husband and doctors questioning her ability to care for her two daughters.

In 2016, she featured as Fiona in ‘Miss Peregrine’s Home for Peculiar Children’. The movie starred Asa Butterfield, Eva Green, Samuel L Jackson, etc. This movie remains her latest movie performance. However, she is still in her teenage years and her career is set to expand further as time passes.

Her theatre works include the portrayal of Pandora in ‘The Secret Diary of Adrian Mole’, Blousey Brown in ‘Bugsy Malone’, Baby June in ‘Gypsy’, Matilda in ‘Matilda’, and Young Eponine in ‘Les Miserables’.

How tall is Georgia Pemberton?

Georgia Pemberton stands at a height of 5 feet 4 inches. She has not revealed her weight. Her hair color is blonde and she has a pair of brown eyes.

What is the Net Worth of Georgia Pemberton?

As of 2020, Georgia Pemberton has an estimated net worth of around $100k – $1 million. She is still young and her net worth is expected to increase gradually in the coming years.

Is Georgia Pemberton in a relationship?

Thanks to her acting career and gorgeous looks, Georgia is active and popular on social media sites. She is active on Instagram and TikTok but seems to be absent from Facebook and Twitter. She has over 1.2k followers on TikTok and around 23.7k followers on Instagram.

Our contents are created by fans, if you have any problems of Georgia Pemberton Net Worth, Salary, Relationship Status, Married Date, Age, Height, Ethnicity, Nationality, Weight, mail us at [email protected]