After three years of dating, Australian actor Rob Mills finally popped the question to his girlfriend, Georgie Tunny. Rob shared the happy news on his Instagram for his great subscribers.

Rob Mills and his engagement

Australian stage actor, Rob Mills is elated. He went down on one knee on New Year’s Eve and proposed to his girlfriend, Georgie Tunny. He shared this goodness on his social media. Rob, 39 put up a photo of them on a beach with his girlfriend and now fiancee, Georgie, 30 showing off her new engagement ring. Rob wrote in the caption:

‘Best road trip of my life. I asked this girl to be my wife… Happy New Year everyone.’

‘Hope you learnt some new skills throughout the last few years. Went deeper. Loved harder. Listened more. It’s worth it.

‘Had a few beers with a mate the other day. He offered up some advice about marriage… ‘Give.’ That was it. Simple. I’m gonna give it a go. Cause she’s worth it.’

Rob also uploaded a photo of the two during the road trip and prior to the time he proposed to his love. Georgie also uploaded the same photo of her and Rob lying on the sand of the beach and showing off her new sparkler. She captioned this post thus:

James Argent jokes and begs his ex-girlfriend, Gemma Collins to call off her second engagement to Rami Hawash

Rob and Georgie are dating since the year 2018. Rob had started dating the ABC TV presenter after he said into her DMs. He lived her when he saw her on TV. He revealed to The Sydney Morning Herald:

‘I flicked on the television to ABC News Breakfast and went, ”Who is that?!” She was beautiful and articulate. I needed to know her,’

‘I sent her a direct message on Instagram, which opened with, “I promise I’m not crazy.”

She was unsure at first but agreed to go out for a date with him. Their relationship was a smooth one. At the Derby Day celebrations in Melbourne in October 2021, Rob said:

When asked about the time of engagement at that time, Rob did not answer the question. He added that it was a good experience when the two were together during the gruelling lockdown of Melbourne that lasted for nearly 18 months. He had said:

‘Lockdown was fine for me, I live with my wonderful partner,’

Georgie had moved in to Rob’s house in early 2020. And during Rob’s time on the show Dancing with the stars, Georgie had supported him a lot.

Georgie Tunny is a well-known television personality. She is an Australian Journalist and News Reporter at Australian Broadcasting Corporation (ABC). More bio… 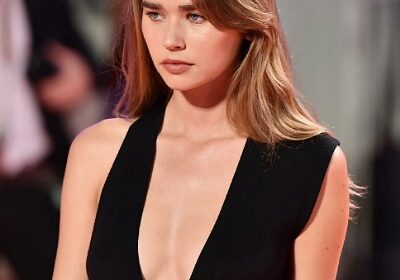 Gabriella Brooks, model speaks for the first time about her relationship with actor Liam Hemsworth 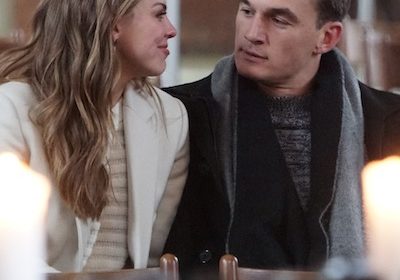 Tags : American TV personality Dancing with the Stars The Bachelorette