Giacomo Gianniotti is one of the cast members of Grey’s Anatomy, played by Dr. Andrew DeLuca. 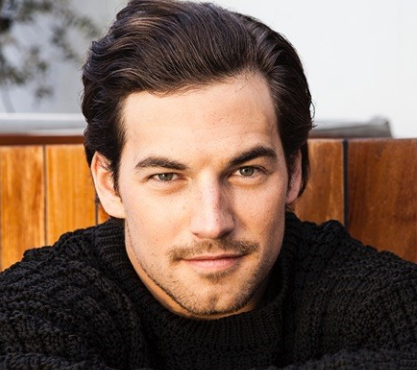 Giacomo Gianniotti is one of the cast members of Grey’s Anatomy, played by Dr. Andrew DeLuca. His debut series was Murdoch Mysteries, in which he portrayed the role of Leslie Garland. Let’s know more about an on-screen doctor, and an actor through this wiki.

What is Giacomo Gianniotti known for?

Wedding Vows In Italy With Makeup Artist Wife! Congratulation is in order for Giacomo Gianniotti!

Grey’s Anatomy actor Giacomo is a married man. As per People, the Italian-Canadian actor exchanged vows with his longtime fiancée Nichole Gustafson at Villa Pocci in Rome, Italy. The wedding ceremony took place on 28 April 2019 from 4 P.M., and the guests partied the night away until 1 A.M.

One of the wedding attendee Peter Harvey captured the clip of the evening reception and sweetly captioned, ‘Cutting cakes in Rome!’ along with the Heart Eyes Emoji. In front of multiple giant sparklers, the newlywed couple cut a multi-tiered white cake, and Giacomo embraced his makeup artist wife Nichole and shared a passionate and heartwarming kiss.

During their big day at the historic Villa Pocci, the actor donned an all-black suit, and his ladylove Nichole enrobed a white veil and a gown. The newlywed couple is looking forward to relishing their marital life in the upcoming days.

Where is the birthplace of Giacomo Gianniotti?

Recalling his past life, the artist was born as Giacomo Keaton Gianniotti in Rome, Italy. He grew up in Toronto, Ontario, Canada. There is much-limited information available about her parents, their occupation, and family background.

Moving towards his education, He joined the high school at Cardinal Carter Academy for the Arts in Toronto and he has also concluded an actor’s residency at Norman Jewison’s Canadian Film Centre, in Toronto. He graduated from Humber College’s Theatre Program.

When did Giacomo Gianniotti pursue his acting career?

Going to his personal life, he is a married man. He was married to his long term girlfriend Nichole Gustafson on 28 April 2019. The couple engaged on 26 November 2017 when Nichole accepted his proposal. Giacomo and Nichole went on a first date during early-2016’s. As the newly wedding couple, they live a blissful life without rumors of divorce.

Further, His sexual orientation is straight. Giacomo splits his time in the year between Toronto, Canada, and Rome, Italy, operating on film, stage, and television.

How much is Giacomo Gianniotti’s net worth?

Giacomo Gianniotti is one of the rising stars in the acting industry and to date, he has accumulated an estimated net worth of $800 thousand. However, the official figure is not public. His value is sure to increase as he is now a regular in Grey’s Anatomy. So, stay tuned for more updates.

How tall is Giacomo Gianniotti?

Mentioning his physical features, he is a cool looking handsome gentleman. He stands at a height of 5 feet 11 inches and weighs about 84 kilos. His skin is white toned, has hazel eyes, and black hair. Nothing much of his body statistics are revealed yet. Further, His body type is average.

Our contents are created by fans, if you have any problems of Giacomo Gianniotti Net Worth, Salary, Relationship Status, Married Date, Age, Height, Ethnicity, Nationality, Weight, mail us at [email protected]