Giannis Antetokounmpo is a Greek professional basketball player who currently plays for the Milwaukee Bucks of the National Basketball Association (NBA). 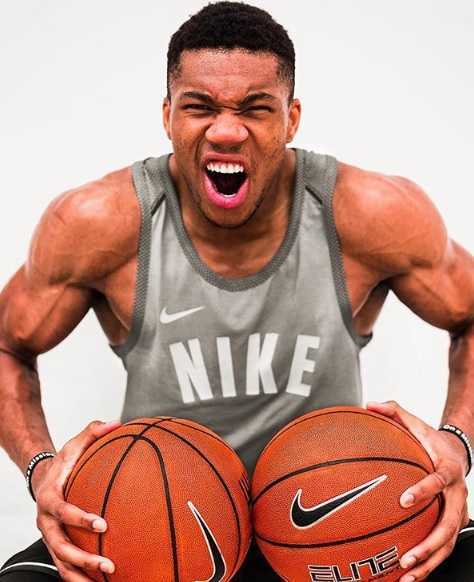 Giannis Antetokounmpo is a Greek professional basketball player who currently plays for the Milwaukee Bucks of the National Basketball Association (NBA). The Bucks selected him with the 15th overall pick in the first round of the 2013 NBA draft. He is of Nigerian descent. His athleticism and ball-handling skills of a guard have earned him a nickname, “Greek Freak”. He plays in the forward/guard position and wears Jersey number 34 for the Bucks.

He is the first player in the NBA history to finish a regular season in the top 20 in total points, rebounds, assists, steals, and blocks and has received the 2017 Most Improved Player award.

The NBA player who won NBA Most Improved Player in 2017 might be winning MVP this year. Pat Connaughton, a reserve guard for the Bucks signed last summer says the “Greek Freak” has been playing phenomenally this season.

The Bucks has improved their league-best record to 48-41 defeating the Lakers on Friday night at Staples Center.

Antetokounmpo will be the key player for the Bucks in the playoffs. He was given nickname “The Greek Freak” for his athleticism and ball-handling skills of a guard.

Giannis Antetokounmpo was born on 6 December 1994. His birthplace is in Athens, Greece. He holds Greek nationality. His parents were immigrants from Nigeria. He was born to a father, Charles, and a mother, Veronica. His father was a former Nigerian association football player, whereas his mother is a former high jumper. He has four brothers, Francis, Thanasis, Kostas, and Alexis. His eldest brother, Francis, was born in Nigeria before their parents immigrated to Greece.  Thus, his parents left his eldest brother with his grandparents in Nigeria. He and his 3 other siblings were born in Greece. However, they did not automatically qualify to receive full Greek citizenship. He had no official papers from Nigeria or Greece until he was 18.

He grew up in the Athens neighborhood of Sepolia. He started playing basketball in 2007. By 2009, he started playing competitive games for the youth squad of Filanthlitikos. He joined the Filanthlitikos’ senior team in 2011 and played with them in Greece’s third-tier level semi-pro league, the Greek 3rd Division.

What is Giannis Antetokounmpo contract?

He started his professional career with Filanthlitikos in Greece’s second-tier level basketball league, the Greek A2 League during the 2012-13 season.

Days after he turned 18, he signed a four-year deal with Spanish club CAI Zaragoza in December 2012 starting from the 2013-14 season.

He had received interests from Barcelona, Efes, and other major European clubs.

He remained at the Filanthlitikos for the remainder of the 2012-13 season.

He was selected to participate in the Rising Stars Challenge at NBA All-Star Weekend in New Orleans.

He competed in the 2015 NBA Slam Dunk Contest at NBA All-Star Weekend in New York.

He recorded his first career triple-double with 27 points, 12 rebounds, and 10 assists in a win over Los Angeles Lakers in February 2016. He also became the youngest Buck, at 21, to record a triple-double.

He also became the first Bucks player with four triple-doubles in a season during the 2015-16 season.

He matched the longest streak by a Bucks player since Michael Redd in 2006 scoring at least 20 points in 14 consecutive games.

He became the youngest player in franchise history to start in an All-Star Game when he became the Bucks’ first All-Star since Michael Redd in 2004.

He also became the youngest player in franchise history, at 22 years and 74 days old, to start in an All-Star Game.

He became only the fifth NBA player to led in every one of the five major statistical categories, points, rebounds, assists, steals, and block and also became the first player in NBA history to finish in the top 20 in the league in each of the five major categories in a regular season during 2016-17 season.

He became the first player since Shaquille O’Neal during the 2000-01 season to mark the longest NBA streak with at least 20 points and five rebounds in his 27th consecutive game during the 2017-18 season.

He became the second-youngest Buck to record a 20-20 game behind Andrew Bogut in January 2018.

He became the first Buck since Marques Johnson since 1979-80 to be named a starter in two straight 2018 NBA All-Star Game.

He surpassed Kareem Abdul-Jabbar for most career triple-double during the 2017-18 season.

He became the first player since Wilt Chamberlain in 1964-65 to have fourth straight 25-points and 15-rebound performance to start the season.

He broke the tie with Shaquille O’Neal for the most in a single-season since 1976-77 when he had at least 25 points 15 rebounds, and 5 assists.

He is the first player in Bucks history to win Player of Month multiple times.

He represented Greece U20 national team at the 2013 FIBA Europe U20 Championship, where he helped Greece to finish in the fifth place.

He then represented the Greek national team for EuroBasket 2015. They were unbeaten in the group stage matches but were defeated by Spain in the quarterfinals.

He represented Greek national team at the 2016 Turin FIBA World Olympic Qualifying Tournament. However, Greece failed to qualify for the 2016 Summer Olympics.

He is currently unmarried. He might be dating someone. No rumors regarding his affairs have surfaced yet. He is focused on his NBA career. Thus, he might be reportedly single.

His brother, Thanasis was selected by New York Knicks in the 2014 NBA draft, whereas his younger brother, Kostas also plays in the NBA.

Giannis Antetokounmpo stands at a height of 2.11 m i.e. 6 feet and 11 inches tall. He has a body weight of 242 lbs i.e. 110 kg. He has an athletic build. His other body measurements are currently unavailable.

Net Worth of Giannis Antetolounmpo

Our contents are created by fans, if you have any problems of Giannis Antetokounmpo Net Worth, Salary, Relationship Status, Married Date, Age, Height, Ethnicity, Nationality, Weight, mail us at [email protected]