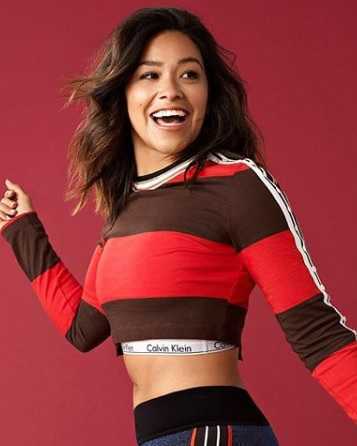 Gina Alexis Rodriguez is an American actress. She is popular by the name Gina Rodriguez. She is best known for her role as Jane Villanueva in The CW satirical romantic dramedy series Jane the Virgin. For her work in Jane the Virgin, she has won numerous awards including Golden Globe Award, EWwy Award, Gold Derby Award, Imagen Award, Teen Choice Award. She also won several nominations for the same role.

The film stars Gina Rodriguez, Ismael Cruz Cordova, and Anthony Mackie, who follows a woman who trains to take down a drug cartel after they kidnap her friend.

The initial release of the film has received some praises.

Gina Rodriguez was born on 30 July 1984. Her birthname is Gina Alexis Rodriguez. She was born to a father, Genaro Rodriguez, and a mother, Magali Rodriguez. Her parents are Puerto Rican. Her birthplace is in Chicago, Illinois in the United States. She holds American nationality. She was raised Catholic. Her zodiac sign is Leo. She has 2 siblings, Ivelisse Rodriguez Simon, and Rebecca Rodriguez. She grew up in Belmont Cragin neighborhood on Chicago’s Northwest Side.

She started learning salsa dance at a very young age and performed at the salsa dance company, Fantasia Juvenil at the age of 7. She continued her salsa dancing until 17.

She attended St. Ignatius College Prep. She attended NYU’s Tisch School of the Arts, where she graduated with a Bachelor of Fine Arts degree in 2005. Besides, she also trained for four years at the Atlantic Theatre Company and Experimental Theatre Wing.

She has portrayed Frida Kahlo in ‘Casa Blue’ in the United Kingdom and in ‘The Last Moments in the Life of Frida Kahlo’ at the American State Theatre.

She made her television debut in the American police procedural and legal drama television series, Law & Order in 2004. She later appeared in another minor role in the same series in 2008.

She has also appeared in small roles in Jonny Zero, Eleventh Hour, 10 Things I Hate About You, Army Wives, Happy Endings, and The Mentalist.

She landed the recurring role of Beverly in The Bold and the Beautiful from 2011 to 2012.

She rose to prominence after she landed the role of Jane Villanueva in The CW satirical romantic dramedy series Jane the Virgin since 2014.

She has also appeared in Brooklyn Nine-Nine, Rizzoli & Isles, Longmire, and No Names.

She made her film debut in a minor role in 2008 Calling It Quits.

Her best-noticed films are Go for It!, Filly Brown, Sleeping with the Fishes, Deepwater Horizon, Annihilation, Ferdinand, and Mis Bala.

She has directed 2 episodes in the latest season of Jane the Virgin and an episode of Charmed.

She earned her first nominations for her work in the 2011 film, Go for It!.

She has also won ALMA Award, Imagen Award for her work in the 2012  film, Filly Brown.

Gina Rodriguez is an active philanthropist, who is actively involved in various charities.

She has worked on several philanthropic works with CustomInk.

She became the new member of the Board of Directors of Hispanic Scholarship Fund in March 2015. The HSF supports Hispanic American higher education.

She was one of the celebrities to work with PACER( The Parent Advocacy Coalition for Educational Rights) to raise money for their fifth annual “Be Good to Each Other Campaign”.

She partnered with Naja in October 2015 to help women and the environment.

Oprah’s SuperSoul 100 list of visionaries and influential leaders named her in 2016.

She was one of the several artists to sing “Almost Like Praying”. The benefits from the songs were contributed to those affected by Hurricane Maria in Puerto Rico.

The Jane the Virgin star is currently engaged. She is engaged to Joe LoCicero. They started their affairs in 2016. She confirmed their engagement in an interview with US Weekly in August 2018.

Previously, she was romantically linked with Henri Esteve.

She currently lives in Los Angeles, California in the United States.

Net Worth, Source of Income, Endorsement

As of 2019, the net worth of Miss Bala actress is estimated at around $5 million. She earned her fortune working in the entertainment industry. Her popularity increased after she starred as a Jane Villanueva in ‘Jane the Virgin’. Earlier, Kipling announced her as a brand ambassador in April 2015.

Our contents are created by fans, if you have any problems of Gina Rodriguez Net Worth, Salary, Relationship Status, Married Date, Age, Height, Ethnicity, Nationality, Weight, mail us at [email protected]