Granger Smith is an American country singer and songwriter who has released nine studio albums, one live album, and EP. He is also known as Earl Dibbles Jr. He has been active in the music industry for over two decades now. 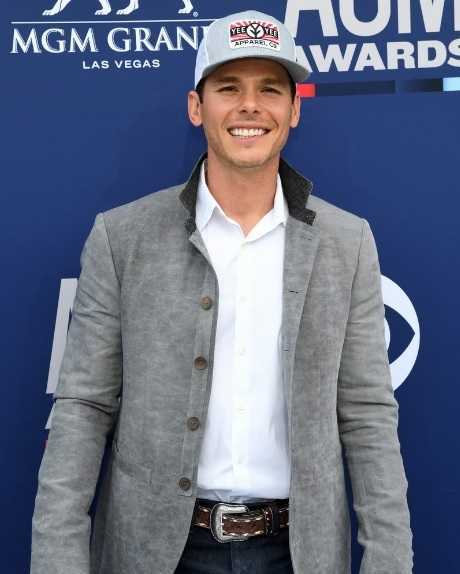 Granger Smith is an American country singer and songwriter who has released nine studio albums, one live album, and EP. He is also known as Earl Dibbles Jr. He has been active in the music industry for over two decades now. He has performed at the White House and also for the soldiers in Iraq.

What is Granger Smith famous for?

-Famous as an American country singer and songwriter, and for his albums.

When was Granger Smith born?

Granger Smith was born on 4th September 1979 in Dallas, Texas, US. His birth name is Granger Kelly Smith. His nationality is American. Virgo is his zodiac sign.

He was born to a White ethics family. He has two brothers, Tyler Smith, and Parker Smith. He was raised in his hometown, Dallas.

He was interested in music since his childhood. He did his schooling at Lake Highlands High School in Dallas. At the age of 14, he learned to play guitar himself. He attended Texas A&M University and got a Bachelor of Arts degree in History.

-Granger Smith released his first studio album “Waiting On” in 1998 at the age of 19.

-Then, he moved to Nashville and signed a songwriting contract with EMI Music Publishing.

-He also played the guitar as a backup for some artists, all of who were local. After about five years of living in Nashville, he decided to move back to Dallas, Texas.

-In 2008, he performed at the White House during George W. Bush Administration and also performed for the US soldiers who were in Iraq.

This album ranked 15 on Billboard US Country Chart.

-In 2016, he released his eighth studio album titled “Remington” which topped the US Top Country albums chart and he released his ninth album, “When the Good Guy Wins” in 2017.

Who is Granger Smith married to?

The American singer, Smith is married to Amber Emily Barlett who is an American actress with whom he dated since 2010. The couple had one daughter, London Smith, and two sons, Lincoln Monarch Smith and River Kelly Smith.

His younger son, River Kelly Smith had died due to a drowning accident at their home on 6th June 2019.

What is the net worth of Granger Smith?

The country singer, Smith has an estimated net worth of $6million. The majority of his earnings come from his music career and a few from his endorsements and adverts.

How tall is Granger Smith?

He has a fair complexion with black eyes and dark brown hair.

Our contents are created by fans, if you have any problems of Granger Smith Net Worth, Salary, Relationship Status, Married Date, Age, Height, Ethnicity, Nationality, Weight, mail us at [email protected]