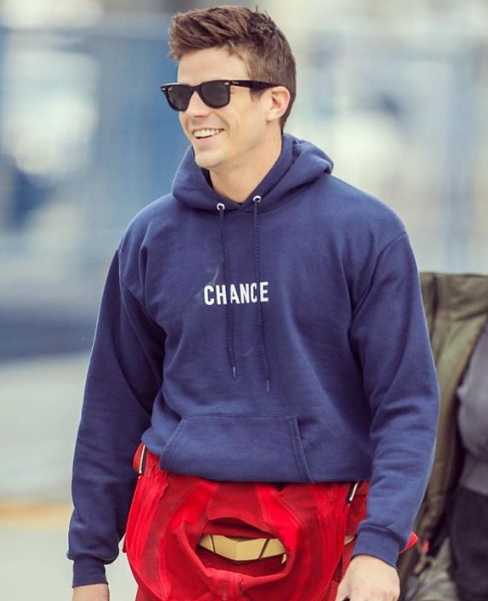 I've never been passionate about just music, I've never seen myself going into music in that sense. My love for music has always been connected to the stories told through music, which is why I was drawn to theater and why I think 'Glee' is so powerful

My favorite actor that I look up to is Joseph Gordon-Levitt. His career is something I look up to, I just want to be that guy. He's always part of projects that have a lot of soul and that's what I want to do as an actor.

On The Flash, he played Barry Allen/The Flash.
On Glee, he played Sebastian Smythe.

Granby High School was his alma mater. He studied musical theatre at the Governor’s School for the Arts in Norfolk during his high school years. In 2008, he graduated from Granby High School. He then spent two years at Elon University in North Carolina, where he earned his BFA in Music Theater.

He dropped out of school to play Baby John in the Broadway revival of West Side Story. Between September 2010 and September 2011, he was a part of the tour.

In 2003, he starred in Kid Fitness Jungle Adventure Exercise Video, a direct-to-video film.

In 2006, he made his television debut as Thomas in an episode of A Haunting in a minor role.

In November 2011, he was cast in the television series Glee as Sebastian Smythe.

He originally auditioned as a tap dancer for the part. Instead, after a weeks-long casting search, he was cast in the role of Smythe.

In 2012, he played Chris Stewart in the television movie A Mother’s Nightmare.

In September 2013, it was revealed that he will play Barry Allen in the second season of Arrow.

He was supposed to appear in three episodes at first.

The Flash, a spin-off series, was produced.

The first episode of The Flash aired on October 7, 2014. As it received 4.8 million viewers, it became The CW’s highest-rated premiere in five years.

The fifth season of The Flash is currently airing.

In Supergirl, Legends of Tomorrow, and Vixen, he reprised his role as Barry Allen/Flash.

Krystal, a film directed by William H. Macy, featured him. The film had its world premiere at the Virginia Film Festival in 2017 and was released in 2018.

Choice TV: Breakout Star for The Flash at the 2015 Teen Choice Awards.

The Flash won the Breakthrough Performance Award at the 2015 Saturn Awards.

Who is Gustin Grant’s Wife?

Gustin Grant is a husband and father. Andrea “LA” Thoma is his wife. In January of 2016, they began dating. In April of 2017, the couple announced their engagement. On December 15, 2018, they tied the knot after a year of dating.

What are Grant Gustin’s Body Measurements?

Grant Gustin stands at a height of 1.88 m i.e. 6t feet and 2 inches tall. He has a bodyweight of 16 lbs i.e. 75 kg. He has an athletic body build. He has light brown eyes and his hair color is dark brown.

What is Grant Gustin’s Net Worth?

Grant Gustin’s major income comes from his acting career. Known for his role as Barry Allen/The Flash, he has also appeared in other television series. In summary, working in the entertainment industry is his major source of income. As of 2019, his net worth is estimated at $2 million.

Our contents are created by fans, if you have any problems of Grant Gustin Net Worth, Salary, Relationship Status, Married Date, Age, Height, Ethnicity, Nationality, Weight, mail us at [email protected]