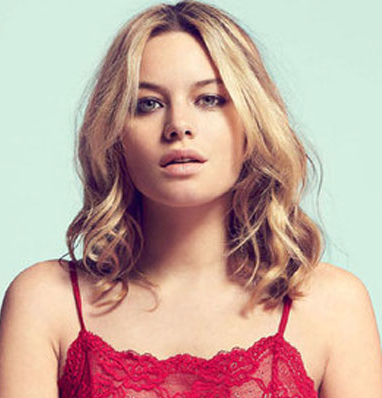 One of the Canadian singer, songwriter, record producer, and visual artist is Claire Elise Boucher is popular in the music industry by the name Grimes. She rose to prominence following the release of her third studio album, Visions in 2012. By January 2020, she has already released 4 studio albums. Her fifth studio album is scheduled to release in February 2020. For her music, she has won several awards and accolades.

What is Grimes Famous For?

Where was Grimes Born?

Grimes was born on 17 March 1988. Her birth name is Claire Elise Boucher. She was born in Vancouver, British Columbia in Canada. She holds Canadian nationality. She was born to a mother Sandy Garossino. The name of her father is currently unavailable. Her father is a former banker, whereas her mother is a former Crown prosecutor and arts advocate. Boucher is of French, Italian, Metis, and Ukrainian descent. She has a stepbrother, Jay Worthy.

She was raised Roman Catholic. Thus, she attended Catholic school. Boucher relocated from Vancouver to Montreal to attend McGill University. However, in 2011, she left school before completing her double major degree.

What are Grimes Body Measurements?

Grimes stands at a height of 1.65m. She has a body weight of 50kg. She has a slim body build. Her hair color is brown and the eye color is Hazel. She has a balanced and healthy body.

Grime started writing music under the name Grimes in 2007.

She independently released her debut album, Geidi Primes in 2010. The album was inspired by the Dune series.

Later in 2010, her second studio album named Halfaxa was released.

In 2011, she collaborated with DJ and producer Blood Diamonds.

Following her rising popularity, she signed with the record label 4AD in 2012.

She released her third studio album, Visions in 2012. The album rose her to stardom.

On 17 December 2013, she posted on her Tumblr that she had employed the service of Jay-Z’s management company Roc Nation.

On 26 June 2014, she premiered her new track ‘Go’ which was featured by Blood Diamonds which was Rolling Stone’s number 14 on their Best Songs of 2014 list.

On 8 March 2015, she released her self-directed video for the album REALiTi.

For HBO showgirls, on 15 March 2015, she and Bleachers released their collaboration, Entropy.

She released her fourth studio album, Art Angels in 2015. The album later went on to win Grimes the best album of the year by NME, Exclaim!, and Stereogum.

She toured Asia and Europe in the spring of 2016. She performed as several music festivals across North America as well.

She released the song “Medieval Warfare” as part of the soundtrack of the summer blockbuster film, Suicide Squad.

On 2 February 2017, she premiered on Tidal the high budget futuristic music video.

She has been working on her fifth studio album. The album is titled, Miss_Anthropocene. The album is scheduled to release in February 2020.

What are Grimes Achievements?

Who is Grimes Dating?

On 7 May 2018, she has made a public relationship with Elon Musk who is the business magnate, investor, and engineer.

Grimes announced in January 2020 that she is pregnant with the first child. Her billionaire boyfriend Elon Musk is rumored to be the father of Grimes unborn child. However, neither of them have confirmed the rumor.

What is Grimes Net Worth?

Grimes earns working in the music industry. Her major incomes come from her record sales, concerts, tours, and endorsements. Through her social media handles, she has endorsed several brands, including her own merchandise. Her net worth is estimated to be $3 million dollars.

Our contents are created by fans, if you have any problems of Grimes Net Worth, Salary, Relationship Status, Married Date, Age, Height, Ethnicity, Nationality, Weight, mail us at [email protected]