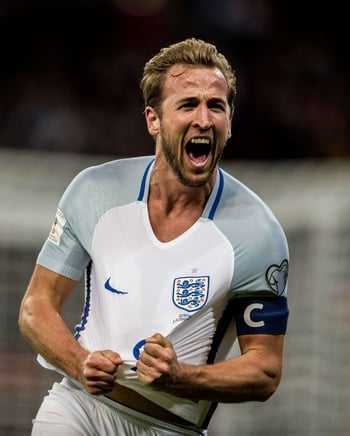 Harry Edward Kane is an English professional footballer who is known as Harry Kane. He plays as a striker for Premier League club Tottenham Hotspur and captains the England national team.

Harry Kane was born on 28 July 1993, in Walthamstow, England. Kane is the son of Kim and Patrick Kane and has one elder brother Charlie. Kane studied at the ‘Larkswood Primary Academy’ till 2004. Thereafter, he attended the ‘Chingford Foundation School.’

Harry Kane began his professional career with Tottenham Hotspur in 2009. He was named PFA Young Player of the Year after scoring 31 goals during the 2014-15 season. He scored 2 goals in 3 appearances for the English U-17 team in 2010. He was the top scorer in the 2015-16 Premier League season, with 25 goals. He made his debut on the English national team in 2015 and was selected for UEFA Euro 2016 and the 2018 FIFA World Cup. The Guardian ranked Kane the fifth-best footballer on the planet in 2017. He plays as a striker for Premier League Club Tottenham Hotspur and captains the England National Team in the 2018 FIFA World Cup.

Our contents are created by fans, if you have any problems of Harry Kane Net Worth, Salary, Relationship Status, Married Date, Age, Height, Ethnicity, Nationality, Weight, mail us at [email protected]