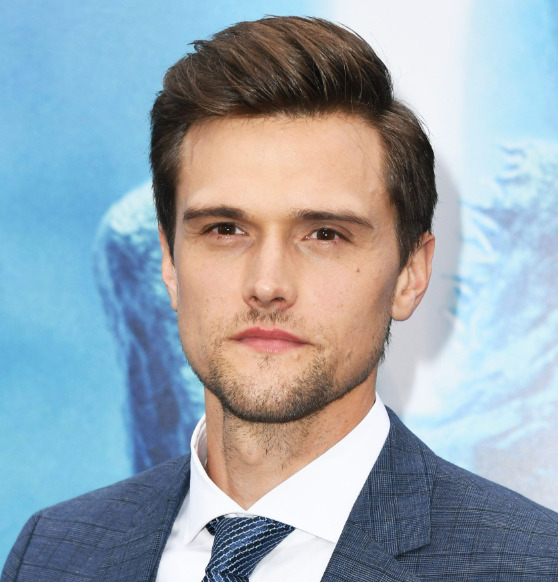 Hartley Sawyer is an American actor, producer as well as a writer. He is famous for his roles as Kyle Abbott on the CBS Daytime soap opera “The Young and the Restless” and Ralph Dibny/Elongated Man on The CW series “The Flash”. In the year 2014, he starred in the thriller “Kept Man”, and the Geek & Sundry superhero comedy Caper from Eureka creator Amy Berg and executive producer Felicia Day.

Hartley Sawyer has played Ralph Dibny on The CW series for the past three seasons. He has been fired from The Flash after a host of his tweets containing misogynist and racist references were surfaced in the past week. The tweets, all from before he joined The CW series, make references to sexual assault and contain racist and homophobic language. Sawyer’s Twitter account has been deleted, but screenshots of the old posts have circulated online in the past two weeks. His firing also comes amid nationwide protests against systemic racism in the wake of George Floyd’s May 25 death in Minneapolis. “Hartley Sawyer will not be returning for season seven of The Flash,” reads a statement from The CW, producers Warner Bros. TV and Berlanti Productions and executive producer Eric Wallace. “In regards to Mr. Sawyer’s posts on social media, we do not tolerate derogatory remarks that target any race, ethnicity, national origin, gender, or sexual orientation. Such remarks are antithetical to our values and policies, which strive and evolve to promote a safe, inclusive, and productive environment for our workforce.”

Where is Hartley Sawyer from?

On 25th January 1985, Hartley Sawyer was born in Goshen, New York, the USA. His nationality is American and his ethnicity is American-White. His race is White. His Zodiac sign is Aquarius. and his religion is Christian. As of 2020, he celebrated his 35th birthday. Regarding his siblings, he also has a brother named Jansen Sawyer. As per his education, he is a graduate of Goshen Central High School. Later, he went to Emerson College where he participated in many theatrical works and from there he developed a passion for acting. Details about his parents are unknown at present.

What does Hartley Sawyer do for a living?

Hartley Sawyer is a very talented actress but he has not received any awards till now. He was nominated Saturn Awards for his work in “The Flash” in the category of Best Guest Starring Role in the year 2018.

What is the Net Worth of Hartley Sawyer?

Hartley Sawyer is a talented and successful actor. As of 2020, the net worth of Hartley Sawyer is believed to have $3 Million as per sources. He might be earning $500,000 per year. His major source of earning is from acting career. Besides this, he also earns a cool amount of money from advertisements, endorsements, cameo appearances, and others. He is a luxurious lifestyle from his earnings.

Who is Hartley Sawyer’s GIRLFRIEND?

Hartley Sawyer is not married yet and he is still to get married. At present, he is not dating anyone neither he is in a relationship nor he is in time to make a partner. He is currently focusing on his career rather than spending his valuable time in making a girlfriend. Moreover, there are no rumors about his dating history as well. His sexual orientation is straight and he is not gay. At present, he is residing in Los Angeles, California with his parents.

How tall is Hartley Sawyer?

Hartley Sawyer is a handsome hunk. His body build is Mesomorph. He has got a tall height of 6 ft 3 in. His eye color and hair color, both are brown. Whereas his other body details such as weight, chest size, bicep size, waist size, and more are unknown at present. Overall, he has got a healthy body with a charming smile and attractive personality.

Our contents are created by fans, if you have any problems of Hartley Sawyer Net Worth, Salary, Relationship Status, Married Date, Age, Height, Ethnicity, Nationality, Weight, mail us at [email protected]