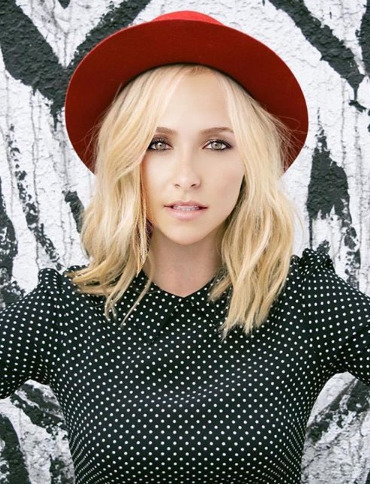 Hayden Panettiere is an American actress and model who rose to fame with her roles in the television series Heroes and Nashville. Beginning as early as when she was 11 months of age, Her career has seen significant landmarks and milestones. She was only four when she became a pro-model for advertising agencies.

The next year, she received her big break to act on television in the ABC’s soap opera One Life to Live followed by CBS television series Guiding Light. Starting in the medium of television, she soon spread her wings to enter films as well and featured in several movies. Let’s know more about her through this article.

What is Hayden Panettiere famous for?

An American actress, model, and singer.

Where was Hayden Panettiere Born?

Recalling her early life, Hayden was born in Palisades, New York to Lesley R. Vogel and Alan Lee Skip Panettiere as Hayden Lesley Panettiere. While her mother was a former soap opera actress, her father was a fire captain. Similarly, She has a mixed heritage, with Italian, English and German ancestry. She has a younger brother, Jansen Panettiere.

For education, She attended South Orange-town Middle School in New York. From Grade 9, she was home-schooled until the completion of her high school education.

When did Hayden Panettiere begin her acting career?

Moving towards his career, Hayden appeared in commercials at the age of eleven months for the first time, beginning with an advertisement for a Playskool toy train.

For her role in Lifetime Television’s 1999 TV movie If You Believe, she was nominated for the Young Artist Award for Young Actress Age Ten or Under in the category of Best Performance in a TV Movie or Pilot.

She then played the daughter of a man transitioning to female in HBO Films’ Regular. She then appeared on Fox’s Ally McBeal as the title character’s daughter.

In 2004, she made her acting debut in the Disney Channel film Tiger Cruise. She rose to fame as Claire Bennet in the NBC drama Heroes. She also made an appearance on MTV’s Punk’d.

In 1998, she made her feature film debut, although as a voice actor, in A Bug’s Life, and her first released film was The Object of My Affection the following year.

In 1999, she played a girl on a sinking sailboat in the film Message In A Bottle.

In the Disney film Remember the Titans from 2000, she played Sheryl, Coach Yoast’s daughter.

In 2004, she played the teenage niece of Kate Hudson’s title character in Raising Helen.

In the 2005 film Ice Princess, she competed against the title character in a skating competition.

She went on to appear in the 2006 film Bring It On: All or Nothing and the 2007 indie film Shanghai Kiss as Adelaide Bourbon.

In 2008, she starred in the drama Fireflies in the Garden.

In 2009, she appeared in the teen comedy I Love You, Beth Cooper.

She voluntarily checked into a rehab center in October, which caused her to miss a few episodes of Nashville. In May of 2016, she went to therapy.

In terms of her personal life, Hayden had a friendship with her Heroes co-star Milo Ventimiglia from 2007 to 2009.

She later met Wladimir Klitschko, a world champion boxer, in 2009, and the two began to share their love. In the year 2011, she announced that they were no longer together.

She also reported in news reports that she began dating Klitschko in 2013 and that they are now engaged. Kaya, their first child, was born in 2014. However, the friendship ended at the end of 2018, and the two remained friends. She seems to be single at the moment.

How much is Hayden Panettiere Net Worth?

Being a part of the entertainment industry, Hayden earns a decent amount of money and fame through her profession as an actress and singer. Based on some online reports, her estimated net worth said to be $15 million and her salary is somewhere around $75 thousand at present. However, her asset details are yet to be disclosed.

How tall is Hayden Panettiere?

Observing her body physics, Hayden stands a height of 5 feet 2 inches and weighs around 53 Kg. Similarly, she has a pair of green eyes and blonde hair color. Further, her body measures around 34-27-34 inches and her bra size is 32B. She used 8 (US) dress sizes.

Our contents are created by fans, if you have any problems of Hayden Panettiere Net Worth, Salary, Relationship Status, Married Date, Age, Height, Ethnicity, Nationality, Weight, mail us at [email protected]