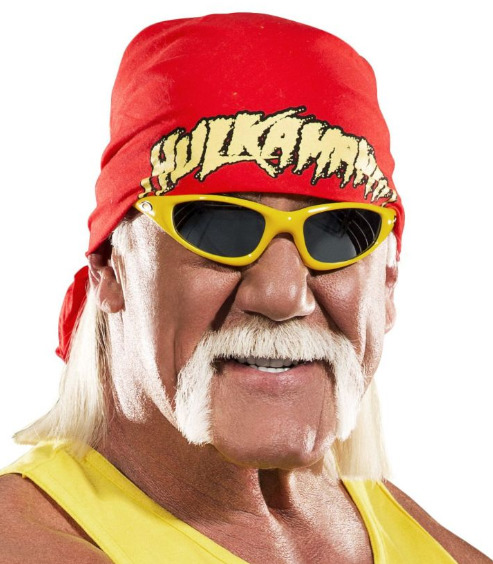 Terry Gene Bollea famed by his ring name Hulk Hogan is a retired professional wrestler, actor, television personality, entrepreneur, and musician. He is “the most recognized wrestling star worldwide and the most popular wrestler of the 1980s” according to IGN. In the year 1977, he began his career but gained worldwide recognition after signing for World Wrestling Federation (WWF, now WWE) in 1983. He subsequently won the WCW World Heavyweight Championship six times, and also holds the record for the longest reign in company history. He returned to WWE from WCW in 2002, and won the WWE championship for a sixth time, before departing in 2003. He was inducted into the WWE Hall of Fame in 2005, and will be inducted a second time in 2020 as a member of the NWO. Moreover, he also performed for the American Wrestling Association (AWA), New Japan Pro-Wrestling (NJPW), and Total Nonstop Action Wrestling (TNA). He notably won the original IWGP Heavyweight Championship, and the northern and southern iterations of the NWA Southeastern Heavyweight Championship outside WWE.  He was the frontman for The Wrestling Boot Band, whose sole record, Hulk Rules, reached #12 on the Billboard Top Kid Audio chart in 1995. He has over 5.5 million followers on Facebook and over 1 million followers on Instagram. His fans are regularly watching his tweets on twitter under the account name of @HulksHogan. He has over 2.23 million followers there. His Instagram account is under @hulkhogan with the follower of 1.5 Million at present.

FS1 will be entertaining wrestling fans on Tuesday night with a special showing of WrestleMania III. The event will air in its entirety for the first time on non-WWE television. Fans stuck at home due to the COVID-19 pandemic will find entertainment by revisiting some of the most significant moments from wrestling history, starting at 8 p.m. ET.

Who are the Parents of Hulk Hogan?

Hulk Hogan was born on 11th August 1953 as Terry Gene Bollea which his his real name/birth name. His birthplace is in Augusta, Georgia, U.S.A on August 11, 1953. He holds a mixed ethnicity of Italian, French, Scottish, and English. He is an American by nationality. He is the youngest son of the family. His father Pete Bollea is a construction foreman and mother Ruth Bollea is a dance instructor. He also has two brothers namely Alan Bollea and Kenneth Wheeler. As per his education, he studied at Hillsborough Community College for his high school education and went to the University of South Florida to study further. Hulk was initially a baseball player and played for Little League Baseball. He became interested in wrestling after watching the shows. He was also a good guitarist. Hogan’s interest in the game never let his mind toward study and he didn’t get any degree. He also fought on small circuits in the south after his brother’s encouragement. As of 2019, he celebrated his 66th birthday. He is Leo regarding his horoscope and his religion is Christain. He has often credited his religious faith for keeping him on the right path.

What are the Awards and Achievements Hulk Hogan has achieved?

Hogan has many achievements as a WCW Heavyweight Champion, WWF  Heavyweight Champion Belt and much more. Apart from it he also won the award for Favourite Male Athlete in 1988 by Blimp award and he was also nominated for Teen Choice Award in the category TV-Choice Reality Star (Male). He was honored as the 2008 King of the Krewe of Bacchus, a New Orleans carnival organization. He was inducted in the Boys and Girls Club Alumni Hall of Fame on May 3, 2018.

Some of his championship and accomplishments include:

Who is the wife of Hulk Hogan?

Hulk Hogan is a married man and he is married twice. Firstly, Hulk Hogan started dating Linda Claridge in 1981. They had first met at a restaurant in Los Angeles and started dating soon after. He married Linda Claridge on 18th December 1983. The couple was happily married to a daughter Brooke and a son Nick. They were featured in a show Hogan Know Best, where he stated about his personal life. After 14 years of their successful relationship, the couple broke up due to Hogan’s affair with another actress. On 20th November 2007, Linda filed for divorce in Pinellas County, Florida. In November 2008, Linda claimed to the public that she made the decision to end her marriage after finding out about Hogan’s affair. Bollea only retained around 30% of the couple’s liquid assets totaling around $10 million in the divorce settlement. Hogan also committed suicide after the divorce but was saved by Laila Ali, his co-star. Later, he went into a relationship with Jennifer McDaniel and after a year of the successful relationship, the couple got engaged and later married on 14th December 2010, in Florida. At present, the married couple is enjoying their life a lot. His sexual orientation is straight and he is not a gay.

Hulk Hogan is a very successful wrestler and he has reached at the great height in his career. He has many achievements and many organizations want to be attached to his name and fame. He has a tremendous fame and he has a net worth of $25 million as of 2020 according to sources. There is no information about his salary and net worth. Moreover, he has endorsed Legends of Wrestling, Trivial Pursuit, 10-10-220 (also did print ads), Arby’s Harris Teeter Supermarket Store Brands, Hitachi, Rent-A-Center Stores, Honey Nut Cheerios, Super Beta Prostate Tablets, Ageless Male Supplements, LoanMart.com, Right Guard’s Sport Sticks Antiperspirant and Deodorant (also did print ads). His cars collection are Dodge Charger SRT-8, Chevrolet Tahoe, Nissan GT-R, Rolls-Royce Phantom VI, 2005 Dodge Ram SRT-10 Yellow Fever, Dodge Challenger SRT Hellcat and more. He is living a luxurious lifestyle as of now.

How tall is Hulk Hogan?

Hulk Hogan’s body build is bodybuilder. He has the height of 6 feet and 7 inches and has a balanced bodyweight of 137 kg or 302 lbs. He has the biceps of 24 inches, his waist size is 37 inches and Chest is 58 inches. His hair color is Blonde and eyes are blue. With his advancing age, his hair has turned silver. His mustache is handlebar mustache and he always wears a bandanna. Overall, he has got a healthy body and he is a handsome hunk. He has suffered numerous health problems, particularly with his back since retiring as a wrestler following the years of heavy weight training and jolting as a wrestler.

Our contents are created by fans, if you have any problems of Hulk Hogan Net Worth, Salary, Relationship Status, Married Date, Age, Height, Ethnicity, Nationality, Weight, mail us at [email protected]