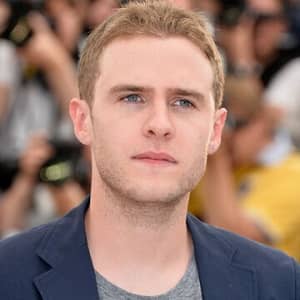 Iain De Caestecker is a professional actor from Scotland. He is most famous for his roles in the films Shell, In Fear, Not Another Happy Ending, Lost River, and Overlord. Even more, from the year 2013 to 2020, he portrayed Leo Fitz in the television series Agents of S.H.I.E.L.D.

Where was Iain De Caestecker born?

Iain De Caestecker stepped into this world on 29 December 1987, in Glasgow, Scotland. He is Scottish by nationality and is currently 32 years old. Talking about his family and childhood, he was born as a twin child and is one of four children to his parents who are both medical doctors.

About his parents’ background, his mother Dr. Linda De Caestecker is Director of Public Health (DPH) for NHS Greater Glasgow and Clyde. However, there is no record of his father. Academically, Iain attended the Hillhead Primary School and completed an HND in Acting and Performance at Langside College.

How is the professional life of Iain De Caestecker?

Iain De Caestecker started his acting career as a child with a small role in the 2000 film The Little Vampire. Thereafter, he went on to make several TV appearances in shows like “Coronation Street“, and “Lip Service“. He started gaining even more attention as time passed with his next two projects.

De Caestecker made his breakthrough as a part of the high profile series “The Fades“, the show even won a BAFTA Award. The actor then worked on “Young James Herriot” earning him a nomination for the Best Actor/Actress – Television at BAFTA Scotland. His next two big projects were “Filth”, and “Not Another Happy Ending”, earning him his second BAFTA Scotland nomination. He came into limelight after his appearance in the music video of the song “Please Don’t Say You Love Me” by Gabrielle Aplin, followed by his most popular role in the series “Agents of S.H.I.E.L.D“. The series was based on the Marvel Comics organization Strategic Homeland Intervention, Enforcement, and  Logistics Division/ SHIELD.

While working on the Marvel Television show, he gained a lead role in the movie “Lost River“, which is a Ryan Gosling’s directorial debut. Moreover, he recently voiced his “Agents of S.H.I.E.L.D” character for an episode of the animated series “Marvel’s Ultimate Spiderman Vs. The Sinister Six”. His latest blockbuster 2018 horror movie is “Overlord”, which is produced by J.J. Abrams. The movie follows a story of American Soldiers struck behind enemy lines before D-Day, who discover secret Nazi experiments. The movie eventually received positive reviews and gained a bit of income over its budget.

Talking about the net worth of Iain De Caestecker, his recently estimated net worth is about $5 million which he earned through a successful acting career since the year 1999. Besides this, he has won several awards as well during the journey. As he continues his acting appearance, his wealth is sure to continue to increase. However, there is no record of his official earnings as an actor.

Is Ian De Caestecker dating anybody?

Referring to the dating life, De Caestecker has not revealed any information regarding his romantic relationships. There were many speculations of him having a secret girlfriend, but later Iain confirmed in an interview that he is single. However, the media has seen him in public with some of his co-stars but none that was ever too close with him.

There were many rumors of him that he might be gay due to a lack of any hint into his dating life. Moreover, that was something he denied publically and confirmed that he is straight and is very single at the moment.

How tall is Iain De Caestecker?

For his physical attribute, the actor stands tall with a decent height of 5 feet 8 inches and weighs about 68 kilograms. However, there is no information about him regarding his chest-bicep-waist size and shoe size. Moreover, his body features light brown hair a pair of beautiful hazel eyes.

Our contents are created by fans, if you have any problems of Iain De Caestecker Net Worth, Salary, Relationship Status, Married Date, Age, Height, Ethnicity, Nationality, Weight, mail us at [email protected]