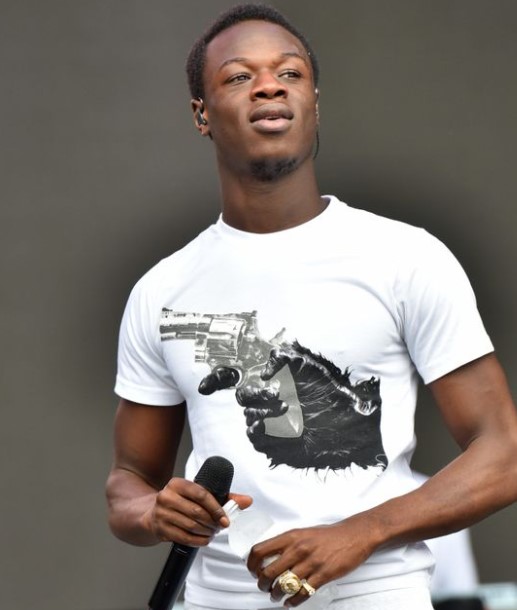 J Hus is a British rapper, singer, songwriter, and model, who gained his first recognition with his 2015 single “Dem Boy Paigon,” which went viral on both YouTube and SoundCloud. Hus came into much prominence with the release of his platinum-certified single from his debut album, “Did You See” in 2017.

In 2018, he was charged and arrested in Stratford, for carrying a knife in public. Besides, is also the first urban UK artist to earn more than 2 million views for a song in under six months.

Momodou Lamin Jallow, known by name J Hus is quite active in social media sites with over 479.2k followers on his Twitter account: II Headed Snake(@Jhus) and over 901k followers on his Instagram: @theuglygram.

What is J Hus Famous for?

Where was J Hus Born?

J Hus was born on May 26, 1996, in Stratford, London, England. His birth name is Momodou Lamin Jallow. His nationality is British. Jallow belongs to Fula and Akan heritage ethnicity and is of Gambian and Ghanaian descent while Gemini is his zodiac sign.

Jallow was raised by his mother and step-father in his hometown, London. His mother is an immigrant who moved to England when she was 25. He grew up listening to his mother and stepfather as they would often play African music and songs sung by the popular Jamaican singer, Beenie Man.

While growing up, he wanted to become an actor but later he started making music because of his troublesome childhood. Jallow was raised in a troubled society as while he was attending Eastlea Community School, he was expelled from his school at 15. After then, he started selling marked-up doughnuts in a nearby playground in huge profit as he used to buy a pack of doughnuts for 50p and sell each for 50p making loads of money ever since he was expelled.

What does J Hus do for Living?

For his hit album, “Common Sense” he won the VO5 NME Award under the Best Album category.

Who is J Hus Dating?

How Many Times He was Arrested?

J Hus was first arrested at the age of 15, outside Westfield following a “mass attack” on four people in 2011. Later in 2014, he was arrested for the second time for carrying a knife and for violent disorder, during which he even served stints in Her Majesty’s “Feltham Prison”. He accrued six convictions for ten offenses between 2011 and 2016.

In September 2015, he was stabbed five times and was admitted to hospital in London. The attack left him with mild PTSD, and whilst in hospital, he was criticized for posting on Instagram a photo of him making a gang sign from his hospital bed. He was even jailed for that during which he was seeing a therapist.

In June 2018, he was arrested in Stratford for fourth times and charged with carrying a knife in public. However, on June 22, 2018, he was released on bail, on July 20, he pleaded not guilty, however, in December, he was sentenced to eight months in jail. He was eventually released on 5 April 2019.

What is the Net Worth of J Hus?

J Hus has quite good earnings from his professional career as a singer and a rapper. Though being in the music industry just for 5 years, he has managed to establish himself as an aspiring singer with his hit songs and albums. His current estimated net worth is around $150k.

How Tall is J Hus?

J Hus is a charming man in his 20s. With his charismatic voice and good looks, he has managed to win a number of hearts all around the world. Hus stands tall with a height of 5ft. 11inch. while his body weighs around 70kg.

Our contents are created by fans, if you have any problems of J Hus Net Worth, Salary, Relationship Status, Married Date, Age, Height, Ethnicity, Nationality, Weight, mail us at [email protected]