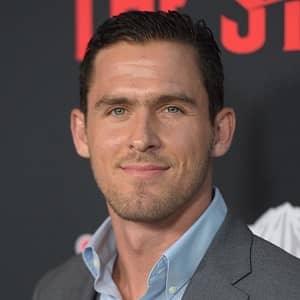 Jack Kesy is a well-known American TV and film actor. He has given a number of memorable performances on TV and on the big screen including Gabriel Bolivar in ‘The Strain’, Roller Husser in ‘Claws’, and Black Tom Cassidy in ‘Deadpool 2’.

How old is Jack Kesy?

Jack Kesy was born on August 27, 1986, in New York City, New York, the United States of America. As of 2020, his age is 34. There is no information about his parents, siblings, and other family members as he has not revealed anything about them. Kesy grew up in New York.

Regarding his educational background, Kesy attended the Guildhall School of Music and Drama in London where he studied acting.

How did Jack Kesy pursue his career?

Jack Kesy got his debut in acting in a short movie called Emina in the role of Zoran. After landing roles in ‘Yelling to the Sky’ and ‘8:46’, he portrayed Dean Kagen in the 2012 movie, ‘Morgan’. The same year, he also played Methhead Alan in ‘Recruiter’. The following year, he portrayed Ivan in Empire Gympsy and also Sal in Grand Street a year later.

In 2014, Kesy got his breakthrough role in the TV series, ‘The Strain’ as Gabriel Bolivar. He was the main character in the first two seasons and had a recurring role in the third season. In between filming the three seasons, he also appeared in movies such as ‘The Throwaways’ as Conelly, ‘Intruders’, ‘Tomato Soup’, etc

In 2017, he landed another major role of his career. He was cast as Roller Husser in the American comedy-drama TV series, ‘Claws’. He has been portraying Roller since then and has received positive reviews from the fans and critics for his performance. Moreover, he has also made cameo appearances in the TV series, ‘The Alienist’, and ‘Deputy’.

2017 was a good year for him overall as he also appeared in the movies, ‘Baywatch’, ‘Juggernaut’, and ‘Hot Summer Nights’. The following year, he appeared in four movies, namely, ‘12 Strong’, ‘Death Wish’, ‘Deadpool 2’, and ‘Blood Brother’. His role of Black Tom Cassidy in Deadpool 2 starring Ryan Reynolds earned him even more fame.

How tall is Kesy?

Kesy stands tall with a height of 6 feet 2 inches and weighs around 73 kg. He has brown hair and a pair of blue eyes.

What is the Net Worth of Jack Kesy?

According to several notable online sites, the net worth of Jack Kesy stands at around $500k as of 2020. He has earned a decent sum of money in his acting career spanning over a decade.

Jack Kesy seems to be single at the moment. He has stayed tight-lipped about his dating life. There is no information about his previous girlfriends or relationships. However, currently, he does seem to be enjoying a single life and looks focused on his career.

Our contents are created by fans, if you have any problems of Jack Kesy Net Worth, Salary, Relationship Status, Married Date, Age, Height, Ethnicity, Nationality, Weight, mail us at [email protected]