Jackie Long is an American television and film actor, writer, musician, director and producer. He is also a voice actor for Grand Theft Auto V. 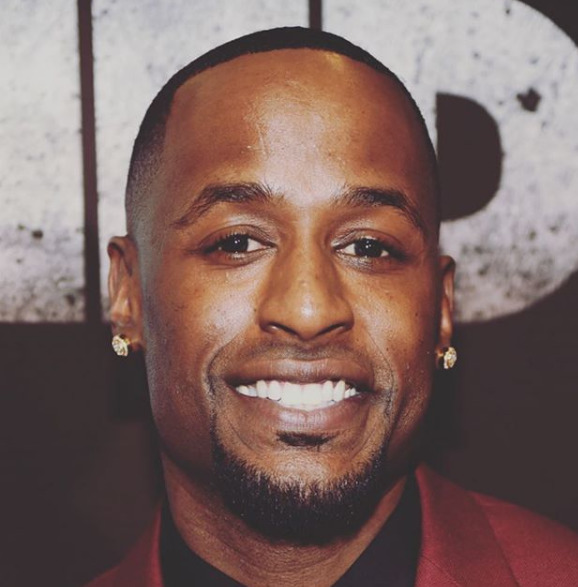 Voice of D in Grand Theft Auto V may not strike any memory, but the former boyfriend of tennis star Serena Williams will surely bring back the whole image of the actor. Jackie Long is an actor, writer, musician, and hip-hop artist but is mostly known for his role in Love For Sale, Soul Men, and ATL. The star struggled in his early career but has since revived his career and broke the curse with hit films one after another. Today, let’s discover the facts related to Jakie Long wiki, bio, career, and net worth.

What is Jackie Long known for?

Where is Jackie Long born?

Back to his early life, Jackie was born in Pasadena, California. He spent all his childhood in his birthplace. Jackie holds an American nationality and is of Afro-American ethnicity. There is no information regarding his parents, siblings, and his childhood on the internet. That’s means, it is yet to be revealed. In the case of revealed, we will let you know.

Talking about his educational background, it is reported that Jackie got graduated from John Muir High School.

When did Jackie Long pursue his Acting Career?

Does Jackie Long date someone at present?

The eligible and handsome actor is without a doubt a lady magnet. Jackie had a past relationship with several celebrities, but one particularly stands tall above others.

Yes, he was dating none other than Tennis powerhouse Serena Williams back in 2007. The strong tennis star and actor had a dream romance, but it ended in somewhat an ugly manner when back in 2008, Serena posted a heartfelt message on the blog and announced the end of the relationship without mentioning his name. The affair ended when the actor claimed that he needed space. The tennis legend opened her heart out in the 600- word message on her official website indicating, she was heartbroken by their breakup.

After Serena, rumors were floating around that Jackie was dating his alleged girlfriend, Kim Porter. But the couple dodged the public appearances and never confirmed the relationship keeping things in the dark for months. The rumor which started by linking them ended any individual pieces of evidence of their link-up.

Later, in July 2018, Jackie was rumored to be dating the famous fashion designer, Angel Brinks. The video posted by him in which Angel cooked a sweet and juicy homemade Philly cheesesteak for him made the fans and audiences speculated that they were in an open relationship. As per some sources, they were very friendly and used to call each other “babe.” In the early days, neither of the stars confirmed their relationship but later in August, the duo got spotted at the WE TV network show.

As of now, the couple happily lives together with their growing love and care, and Angel could be Jackie’s possible wife as per the stories. And they have been flaunting their love for each other heavily on social media since 2019. So, it seems as though they are ready to make a move in their relationship, slowly, one at a time.

How is Jackie Long’s net worth?

According to some online sources, Jackie in recent days is reported to have an eye-catching net worth of $1 million and living a lavish lifestyle. However, his salary is yet to be disclosed. In the case of disclosure, we will let you know.

Moreover, he also had featured in the song “Let It Bang” by the singer Ray J. This also has no doubt added some money to his existing net worth.

Regarding his assets, there is no any news that could reveal any sorts of information regarding his house, cars, and other belongings.

How tall is Jackie Long?

Observing his body statistics, Jakie stands a height of 6 feet 0 inches, and his weight is unknown. As her weight, her other body information yet to be revealed. In the case of revealed, we will let you know.

Our contents are created by fans, if you have any problems of Jackie Long Net Worth, Salary, Relationship Status, Married Date, Age, Height, Ethnicity, Nationality, Weight, mail us at [email protected]