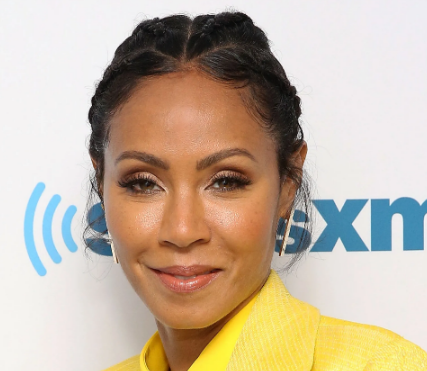 Women, you can have it all - a loving man, devoted husband, loving children, a fabulous career

I won't sell my soul to the devil, but I do want success and I don't think that's bad

I try my best to confront situations because I know, at the end of the day, you can deal with it or it will deal with you. I've had enough experience to know that that's how it goes down. There's no going around it

Jada Pinkett Smith is an American actress, comedienne, singer-songwriter, and businesswoman. She is also one of the well-known philanthropists. She started her acting career in 1990 and has appeared in more than 20 films in a variety of genres, including Menace II Society, The Nutty Professor, Set It Off, Scream 2, Ali, The Matrix Reloaded, The Matrix Revolutions, Madagascar, Madagascar: Escape 2 Africa, and Madagascar 3: Europe’s Most Wanted. She has also appeared in numerous television series.

She began her musical career in 2002 as a member of the metal band Wicked Wisdom as a singer and songwriter. Today, let’s learn about Jada Pinkett Smith’s wiki, biography, career, and net worth.

What made Jada Pinkett Smith a celebrity?

An actress, dancer, singer-songwriter, and entrepreneur from the United States.

Jada Pinkett Smith was born in which state?

Smith was born on 18 September 1971. Jada Pinkett Smith is her given name. Her birthplace is Baltimore, Maryland, United States of America. Adrienne Banfield-Jones and Robsol Pinkett, Jr. were her parents. She is an American citizen. Additionally, she has a younger brother named Caleeb Pinkett, who is an actor and journalist.

She has been intrigued by the world of acting since she was a child. She is an American citizen. Additionally, she is of African-American, Afro-/Creole-Barbadian, and Afro-/Creole-Jamaican ancestry.

Smith attended the Baltimore School for the Arts. She earned a bachelor’s degree in dance and theatre in 1989. Additionally, she pursued her education at the North Carolina School of the Arts and dedicated herself entirely to pursuing an acting career.

When did Jada Pinkett Smith plan to pursue a career in acting?

Smith began her career as an actress in 1990. Her first television appearance was in the 1990–1992 American comedy series True Colors.

In 1993, she made her film debut in the American thriller Menace II Society. However, although the film was a commercial success, it earned a critical reputation for its violent scenes, profane language, and drug-related material.

She has appeared in both lead and supporting roles in many films, including Woo, Set it off, Demon Knight, Scream 2, and Return to Paradise.

After a few years, she gained widespread recognition for her appearance in the American-Australian film ‘The Matrix Reloaded’ and its sequel ‘The Matrix Revolution’. Both films went on to be commercial hits.

The Nutty Professor is Smith’s other significant work. The film can be seen as a parody of the novel Dr. Jekyll and Mr. Hyde. The film was a financial success, grossing $274 million worldwide. Additionally, the film won an Academy Award for best makeup.

She starred as Gloria the hippopotamus in Madagascar, a 2005 animated comedy film that became a worldwide commercial success.

Smith made her directorial debut in 2008 with the film The Human Contract. Smith wrote the screenplay and also appeared in a supporting role.

Pinkett Smith began hosting the Facebook Watch talk show Red Table Talk in May 2018, which features her mother and daughter and focuses on a variety of subjects from three distinct perspectives.

Smith appeared in the American medical drama series Hawthorne. Her success won her Prism and NAACP Image Award nominations. She was recently seen in the films Bad Moms (2016) and Magic Mike XXL (2015).

Pinkett Smith has received several prestigious awards and nominations during her career. She received several awards for her various roles, including the Blockbuster Entertainment Award, the Choice Movie Actress Action Award, and the Teen Choice Award.

She started her musical career in 2002 by co-founding the band Wicked Wisdom. She is the band’s guitarist and songwriter.

Additionally, she and her husband Will Smith founded a production company. Numerous films, documentaries, and television shows have been produced by the production house.

In 2004, she published a children’s book titled Girls Hold Up This Planet.

Who is Jada Pinkett Smith’s husband?

From 1986 to 1989, Jada Pinkett Smith was in a relationship with late American rapper Tupac Shakur. Following that, in 1991, she dated Wesley Snipes and in 1993, Grant Hill.

Jada first met Will Smith on the set of Smith’s television show ‘The Fresh Prince of Bel-Air’ in 1994. They met in 1995 and started dating in 1996. Later that year, on December 31, 1997, they married at The Cloisters, near her hometown of Baltimore, Maryland. The couple has two twins, Jaden and Willow, from their marriage. Additionally, she is the stepmother of Trey Smith, Will’s previous marriage’s son.

In Baltimore, Maryland, she and her husband Will founded the Will and Jada Smith Family Foundation. The foundation focuses on inner-city youth and family support.

In 1997, she served as the emcee of the Million Woman March in Philadelphia.

How wealthy is Jada Pinkett Smith?

Jada Pinkett Smith makes a living as an entertainer. She has starred in a number of major motion pictures and television series. She is also a singer and a comedian in addition to her acting career. Additionally, she co-founded a production company with her partner, Will. In terms of fashion, she formed her own label, Maja, in 1994. In 2005, she became one of a number of celebrities who invested a total of $10 million in Carol’s Baby.

Her current net worth is estimated to be $50 million.

Our contents are created by fans, if you have any problems of Jada Pinkett Smith Net Worth, Salary, Relationship Status, Married Date, Age, Height, Ethnicity, Nationality, Weight, mail us at [email protected]