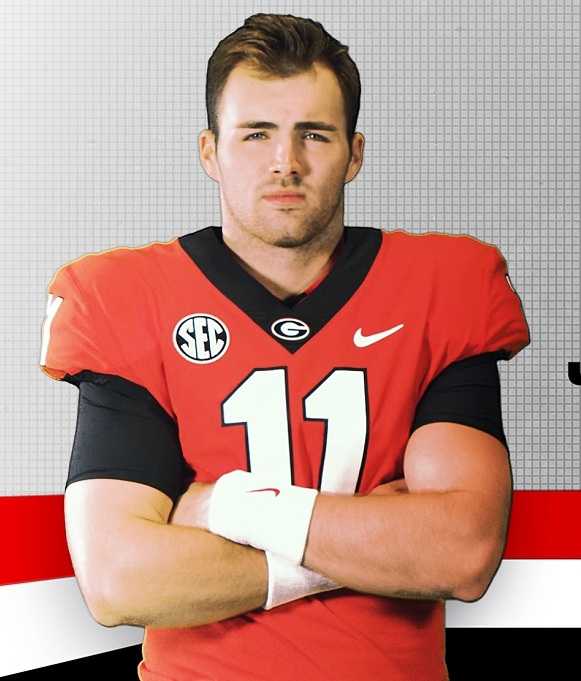 William Jacob Fromm, professionally known as Jake Fromm is an American football quarterback. He currently plays college football at the University of Georgia. He plays in the quarterback position. He has yet to play professional football and has already declared himself for the 2020 NFL Draft.

What is Jake Fromm Famous For?

Where was Jake Fromm Born?

Jake Fromm was born on 30 July 1998. His birth place is in Warner Robins, Georgia in the United States. He holds an American nationality. His religion is Christian. He grew up in Warner Robins, where he started playing baseball. He was one of the best players in the 2011 Little League World Series championship game.

What are Jake Fromm’s College Statistics?

The Bulldogs won the 2017 SEC Championship.

The Associated Press named Fromm the Co-Newcomer of the Year for his impressive performance in his freshman year at Georgia.

The Bulldogs defeated Oklahoma in the Rose Bowl in January 2018 but lost to Alabama in the College Football National Championship.

He completed 181 of 291 pass attempts for 2615 passing yards, 24 touchdowns and 7 interceptions in his freshman year.

He announced in January 2020 to forgo his senior year at Georgia to enter the 2020 NFL Draft.

What Has Jake Fromm Achieved Before entering NFL?

How tall is Jake Fromm?

Who is Jake Fromm Dating?

Jake Fromm is unmarried but not single. He is currently in a relationship. Detail information about his girlfriend will be updated soon. Fromm occasionally posts pictures with his girlfriend on his official Instagram account.

His official _fromm11 has over 410k followers.

What is Jake Fromm Net Worth?

Jake Fromm is a collegiate football quarterback. He has yet to play professional football in his career. He forgo his senior year at Georgia and declared for the 2020 NFL Draft. He is one of the emerging stars in American football. His net worth will be updated once he starts his professional football career.

Our contents are created by fans, if you have any problems of Jake Fromm Net Worth, Salary, Relationship Status, Married Date, Age, Height, Ethnicity, Nationality, Weight, mail us at [email protected]